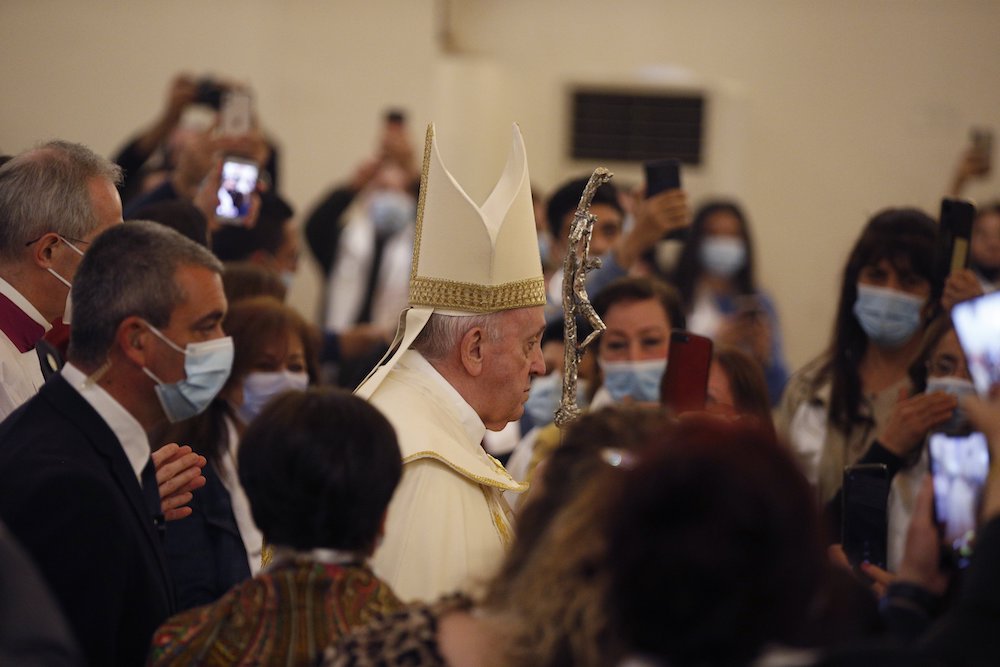 Yes, on visiting Iraq; yes, on meeting with Muslim leaders there; not quite on Mass in the ancient Chaldean Rite.

Don't get me wrong. The Chaldean Mass the pope celebrated was beautiful, even if some of its parts seemed to occur in the wrong order to Romanized eyes, and the actions and prayers were different. But it was not quite the ancient ritual. More on that later.

The Chaldean Catholic Church comprises some 80% of Catholics in Iraq, and its deep history is full of divisions and complications. It is in full communion with Rome. In Iraq, most Chaldean Catholics lived in the cities that suffered the military horrors of the not-too-distant past — Baghdad, Basra and Mosul. Their numbers are a fraction of those before, and many have emigrated to Michigan, California and Arizona in the United States, to Canada, and even to Austria.

There are other Catholics and other Christians in Iraq besides the Chaldeans. Francis said their variety reminded him of a woven tapestry of "so many individually colored threads that woven together make up a single beautiful carpet."

Included in the kaleidoscope of colors spread before Francis were churches that celebrate Masses without the consecratory words of institution, "This is my body" and "This is my blood."

How can there be a Mass without a consecration?

Well, of course, there cannot. But there are approximately 10 ancient versions of the Mass where the consecration is understood and the celebrant does not say the traditional words of institution. Even though successive councils ruled on the matter (action), form (words) and intent to do as the church does as being absolutely necessary for sacramental validity, those ancient versions have never been deemed improper.

In fact, in 2001, the Vatican said these versions — or at least one of them — was valid without the institution narrative. It was the Assyrian Church of the East rite that used the anaphora (Eucharistic prayer) of Addai and Mari.

War-torn Iraq caused many — too many — Christians to lose their local churches and their local communities. So the question came to Rome: Can Chaldean Catholics attend Masses celebrated by clerics of the Assyrian Church of the East? The problem: The Assyrian Church used the older rite — the same rite the Chaldeans once used uniformly — and that rite did not include the words of institution.

When asked, three Vatican dicasteries said yes, and Pope John Paul II signed the guidelines. The Pontifical Council for Promoting Christian Unity, the Congregation for the Doctrine of the Faith and the Congregation for the Oriental Churches said the rite implicitly included the Eucharistic institution, "not in a coherent narrative way … [but] … integrated in successive prayers of thanksgiving, praise, and intercession." Or, as I was once told by Jesuit Fr. Robert F. Taft, an expert in Eastern liturgy: In the anaphora of Addai and Mari, the Holy Spirit does all the heavy lifting.

Come to think of it, that is true in every sacrament. 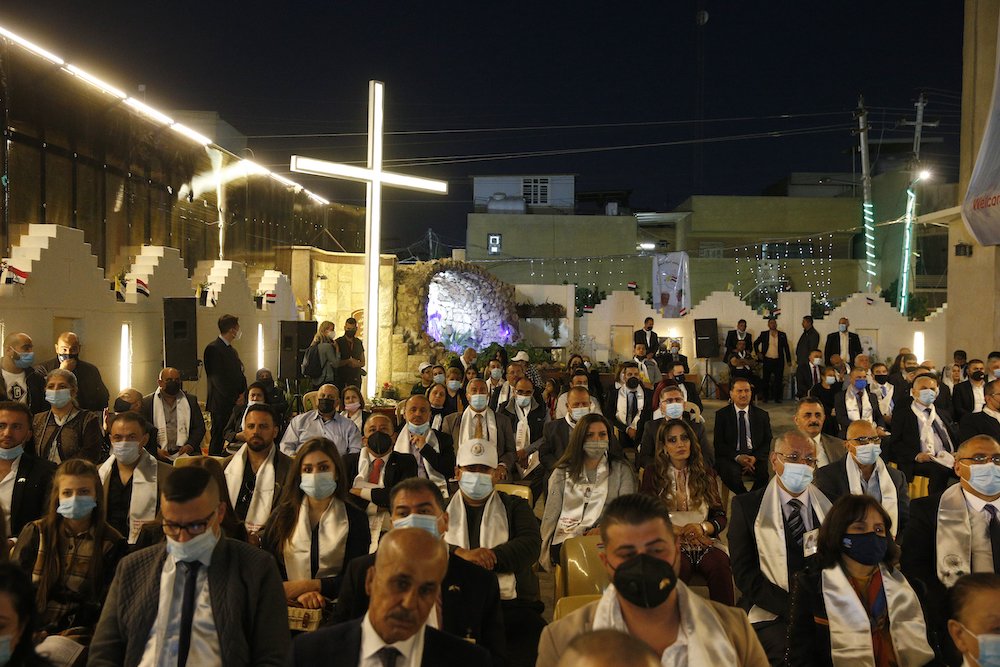 So what happened in Iraq last weekend? In all probability, members of the Assyrian Church of the East were at the papal events, including at the Masses. The 2001 Vatican document "warmly invited" clergy of the Assyrian Church of the East to insert the institution narrative into the liturgy of the Eucharist, at least when Chaldean Catholics were in attendance. Could it not be the other way around? Don't you wish the pope would have — could have — used the older rite, given the veritable "tapestry" of Eastern Christians before him?

Or not. The point is that the Chaldean rite, with or without the words of institution, makes it clear that the Holy Spirit and the faith of the community create the Real Presence. But then there is the larger implication: while of course the priest leads the assembly and performs all the action, and the deacon plays a critical role, the people really do take part.

Such demonstrates the practices of the early church, at least in the East. It is a ritual example of the synodality Francis speaks about.

And it is an example of the ways we can join together more than we can separate.

The example would be well-taken by western traditionalists who claim that only Tridentine liturgies are valid. Not long ago, a British priest member of the Society of Saint Pius Tenth (SSPX) opined on YouTube that the "new Mass" is dangerous. (His video is entitled "Why I Would Literally Rather Die than Offer the New Mass, Part I Ecumenism.") In fact, it is the SSPX policy that its members should not attend Novus Ordo Masses.

There is something deeply un-Christian about building impenetrable walls around Christian churches. Of course, we prefer our own traditions, our own communities. But not at the expense of Christian unity.