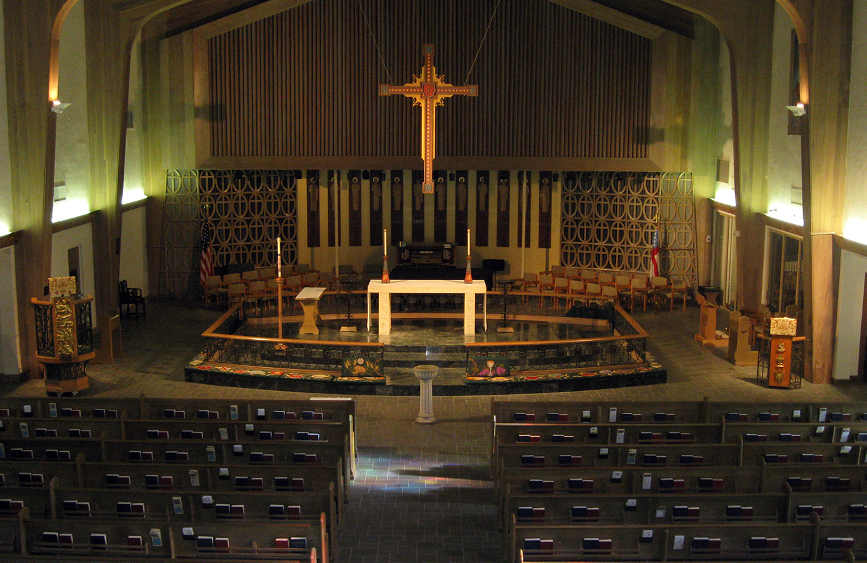 The Episcopal Church has decided to revise its 1979 prayer book, so that God is no longer referred to by masculine pronouns.

The prayer book, first published in 1549 and now in its fourth edition, is the symbol of unity for the Anglican Communion. The Anglican Communion is the third largest Christian communion founded in 1867. While there is no clear timeline for the changes, religious leaders at the denomination’s recent triennial conference in Austin have agreed to a demand to replace the masculine terms for God such as “He” and “King” and “Father.”

Indeed, early Christian writings and texts, all refer to God in feminine terms.

God of the Hebrew Bible

As a scholar of Christian origins and gender theory, I’ve studied the early references to God.

In Genesis, for example, women and men are created in the “Imago Dei,” image of God, which suggests that God transcends socially constructed notions of gender. Furthermore, Deuteronomy, the fifth book of the Hebrew Bible written in the seventh century B.C., states that God gave birth to Israel.

In the oracles of the eighth century prophet Isaiah, God is described as a woman in labor and a mother comforting her children.

And the Book of Proverbs maintains that the feminine figure of Holy Wisdom, Sophia, assisted God during the creation of the world.

Indeed, The Church Fathers and Mothers understood Sophia to be the “Logos,” or Word of God. Additionally, Jewish rabbis equated the Torah, the law of God, with Sophia, which means that feminine wisdom was with God from the very beginning of time.

Perhaps one of the most remarkable things ever said about God in the Hebrew Bible occurs in Exodus 3 when Moses first encounters the deity and asks for its name. In verse 14, God responds, “I am who I am,” which is simply a mixture of “to be” verbs in Hebrew without any specific reference to gender. If anything, the book of Exodus is clear that God is simply “being,” which echoes later Christian doctrine that God is spirit.

In fact, the personal name of God, Yahweh, which is revealed to Moses in Exodus 3, is a remarkable combination of both female and male grammatical endings. The first part of God’s name in Hebrew, “Yah,” is feminine, and the last part, “weh,” is masculine. In light of Exodus 3, the feminist theologian Mary Daly asks, “Why must ‘God’ be a noun? Why not a verb – the most active and dynamic of all.”

God in the New Testament

In the New Testament, Jesus also presents himself in feminine language. In Matthew’s Gospel, Jesus stands over Jerusalem and weeps, saying, “Jerusalem, Jerusalem, you who kill the prophets and stone those sent to you, how often I have longed to gather your children together, as a hen gathers her chicks under her wings, and you were not willing.”

Furthermore, the author of Matthew equates Jesus with the feminine Sophia (wisdom), when he writes, “Yet wisdom is vindicated by her deeds.” In Matthew’s mind, it seems that Jesus is the feminine Wisdom of Proverbs, who was with God from the beginning of creation. In my opinion, I think it is very likely that Matthew is suggesting that there is a spark of the feminine in Jesus’ nature.

Additionally, in his letter to the Galatians, written around 54 or 55 A.D., Paul says that he will continue “in the pain of childbirth until Christ is formed in you.”

Clearly, feminine imagery was acceptable among the first followers of Jesus.

This trend continues with the writings of the Church fathers. In his book “Salvation to the Rich Man,” Clement, the bishop of Alexandria who lived around 150-215 A.D., states, “In his ineffable essence he is father; in his compassion to us he became mother. The father by loving becomes feminine.” It’s important to remember that Alexandria was one of the most important Christian cities in the second and third centuries along with Rome and Jerusalem. It was also the hub for Christian intellectual activity.

Additionally, in another book, “Christ the Educator,” he writes, “The Word [Christ] is everything to his little ones, both father and mother.” Augustine, the fourth-century bishop of Hippo in North Africa, uses the image of God as mother to demonstrate that God nurses and cares for the faithful. He writes, “He who has promised us heavenly food has nourished us on milk, having recourse to a mother’s tenderness.”

And, Gregory, the bishop of Nyssa, one of the early Greek church fathers who lived from 335-395 A.D., speaks of God’s unknowable essence – God’s transcendence – in feminine terms. He says,

“The divine power, though exalted far above our nature and inaccessible to all approach, like a tender mother who joins in the inarticulate utterances of her babe, gives to our human nature what it is capable of receiving.”

What is God’s gender?

Modern followers of Jesus live in a world where images risk becoming socially, politically or morally inadequate. When this happens, as the feminist theologian Judith Plaskow notes, “Instead of pointing to and evoking the reality of God, [our images] block the possibility of religious experience.” In other words, limiting God to masculine pronouns and imagery limits the countless religious experiences of billions of Christians throughout the world.

This article was originally published on The Conversation. Read the original article.