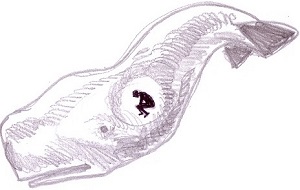 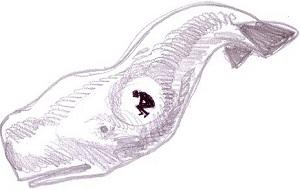 Trappist monk Thomas Merton (1915-1968) was mentioned by Pope Francis in his 2015 address to the U.S. Congress as an example of an American Catholic who had been a prophetic voice on the justice issues this country faced in the 1950s and 60s.

Merton, who lived in a cloister in Kentucky, emerged through his writings as the conscience of a generation. He described himself as living in the "belly of a paradox" like Jonah, the reluctant prophet. He had left the world to be a monk, yet challenged the world from that still point and, even in death, became a sign of contradiction to the violence, racism and exploitation of his own country.

Jesus challenged his own generation with the sign of Jonah, saying they expected God to give them a special sign to repent, while they had ignored the prophetic call already before them to practice justice and compassion. The Ninevites had repented at the preaching of Jonah.

The Queen of the South had come all the way to Jerusalem to hear the wisdom of Solomon. But the current generation had rejected one more powerful than either Jonah or the Queen of the South when he preached conversion of heart. They would receive no other sign. The crucifixion of Jesus was their answer, and the disaster of the war and destruction of Jerusalem followed.

In Pope Francis' call for radical change in global capitalism, environmental destruction, income inequality and violent exploitation of the world's poorest people, do we not hear the voice of both Jonah and Jesus? They challenge an "evil" generation, blind and procrastinating before urgent problems that threaten the survival of the planet and global order. Repent while there is still time. God's mercy must meet our justice to be effective.

As we enter the autumn and approach winter, even the seasons plead with us to know the shortness of our days and the paradox of dying to self to give life to others. While there is still time, let us seize the day and do our part in prayer and action to heed the call of Pope Francis and the gospel he is preaching. There will be no other sign, and no further sign is needed.