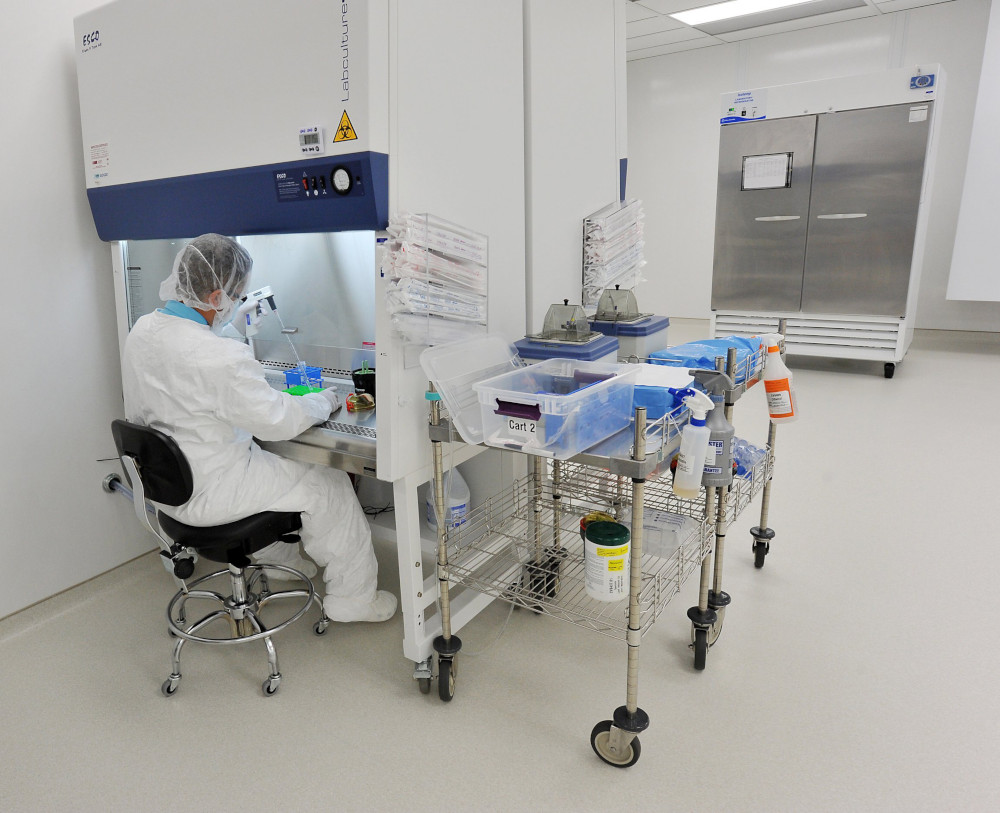 Biological engineering, such as gene therapy for treating human disease, is making such swift advancements that the public's knowledge and understanding of what is happening and what ethical and legal guidelines are needed are lagging too far behind, said speakers at a Vatican conference.

"This science is rolling; the train is moving. But instead of lamenting over this, we need to take the initiative and hop on that train, intervene and, if needed, divert it onto another track," said Ralf Stutzki, head of ethics at Molecular Systems Engineering at the National Center of Competence in Research at the University of Basel, Switzerland.

"We will indeed have to lead a consequentialist debate, weigh the prospective good and bad outcomes and make brave decisions," he said Sept. 26 at the first international conference on "Ethics of Engineering Life."

The Sept. 26-27 conference was jointly organized by the Pontifical Academy for Life, Molecular Systems Engineering and the Bambino Gesù children's hospital in Rome. To address the ethical aspects of "engineering" molecules, cells and cellular functions, the academy said, the conference invited scientists and stakeholders involved in developing and applying approaches that "edit and control" biological systems; ethicists; philosophers; communicators; and others.

Archbishop Vincenzo Paglia, president of the academy, said in his opening remarks that the academy's aim is to research and reflect on today's scientific-technological developments, particularly in the area of life and health.

"We focus on an integral vision of the human person and of a society that is ever more just" and cares for the "common home," he said. It is very important "that we promote mutual knowledge and understanding among science, ethics and civil authority."

Opening this dialogue to the wider public also will promote "a deeper understanding and wider acceptance of scientific discoveries" and will help guide science to understand "the real needs of society and the dignity of people, thus tending to counteract market greed," the archbishop said.

Human cells and tissue can be generated without the use of human embryos, and they can be manipulated in ways that can repair damaged tissue or mitigate disease.

For example, stem cells can be grown from healthy or diseased human tissue and used to create "organoids" made up of the same tissue they came from, acting as a cellular model of that organ, said Hans Clevers, a Dutch molecular geneticist and stem cell researcher who heads pharma, research and early development at the Swiss company, Roche.

Stem cells from the inner lining of the gastrointestinal tract can be grown and implanted into the colon and large intestine in order to heal, "like a living Band-Aid," lesions and ulcers caused by inflammatory bowel disease, he said.

Or, if a person has cancer, "we can sequence a tumor" from their specific cancer cells and expose the lab-grown tissue to a large variety of drug treatments until the most effective one is found, he said. Using these synthetic organoids for testing a therapy "will tell us if the person will (or will not) respond to what drugs."

Lab-grown organoids and "embryoids" are part of a field that is "moving very fast," he said, and it needs "strong ethical considerations."

Clevers said that, as research advances, these embryoids will look more and more like real embryos, which will bring up even more ethical concerns.

But, he added, some scientists have learned it is important to involve ethicists in their meetings, to ask different questions, to help them "step back" and see what it is they really want to do.

Marie-Jo Thiel, a medical doctor and theologian who teaches ethics and moral theology in Strasbourg, France, said religions and Catholic theology already offer an important voice upholding "the values of justice and the dignity of all human beings," especially the most vulnerable and fragile.

Ethics must take a wide "global" view which considers not just "what we can do with molecular, cellular tissue systems and engineering techniques, but what they can do to us, to our society because of their power," including their social-psychological effects, she said in her talk.

Information has to be transparent and shared with the wider public, including by making it "mandatory" to make public all "negative results" and effects, she said.

Debate "cannot remain limited to a discussion or a battle between experts who themselves are not always very particularly trained in ethics," she added, and it should discuss "the kind of society we want and the acceptability of the ongoing changes" in these fields.

Financial costs also must be weighed, she said, because sometimes the price of the bioengineering technologies "are truly exorbitant." Not only is access to treatment limited in private-pay systems to those who can afford it, but in universal or socialized health care systems, paying for high-cost care for just a few people can deprive many others of primary health care.

"Values and ethics are not limits or obstacles to innovation and change; they represent the compass indicating what responsible, inclusive and sustainable ways" are best for the future, she said, quoting a 2021 report by the European Commission on ethics and science.

Thiel said all sides must work together in a relationship built on trust.

Trust is "the cement for co-constructing the world we desire and putting in place the various ethical bricks that are decisive for us," she said.