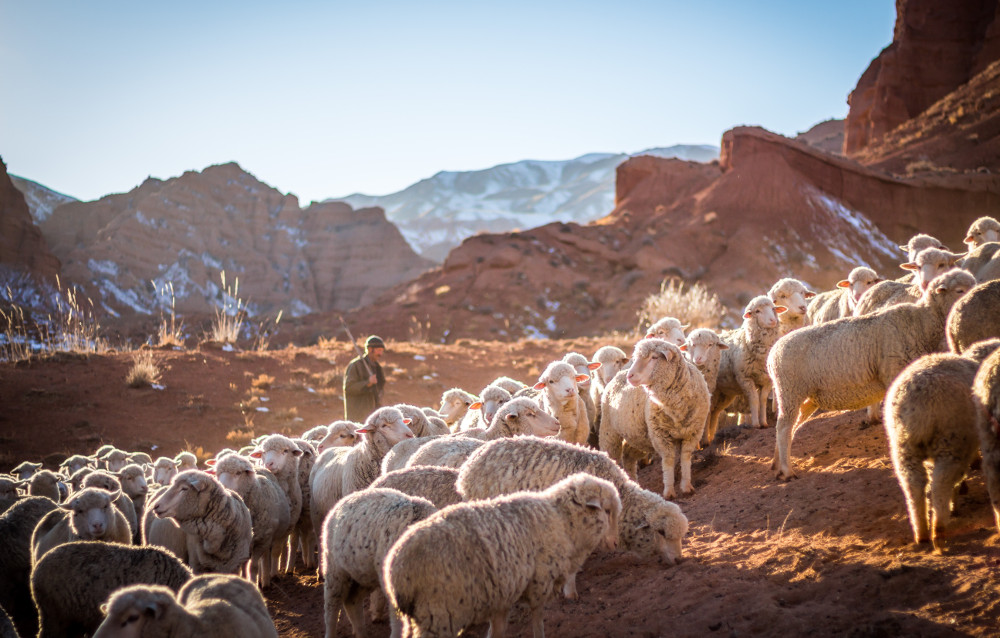 When we were children, one single proclamation was all that was needed to bring a definitive end to any debate about what should be done or to answer any child's whining question, "Why?" That statement was simply: "Because I am Mother." Mom's declaration communicated a degree of authority that required no further explanation.

In the Gospel of John, Jesus makes seven famous statements beginning with the words "I am." Each of them reflects something said about God in the Hebrew Scriptures. Yet, of them all, Jesus' statement "I am the good shepherd" is the only one in which he describes himself with a human role. When Jesus spoke of himself as bread, light, resurrection, etc., those descriptions indicated what he offers humankind. When he said, "I am the good shepherd," he moved into the realm of his own costly freedom and his mutual relationships with his Father and his followers.

When Jesus describes himself as the good shepherd, he is telling us a lot more than the typical picture that we might perceive of him amid the flock or with a lamb on his shoulders.

First of all, in today's selection we hear Jesus repeat five times that he lays down his life for his sheep. Each time this is stated, he emphasizes that it is his choice to do so. He doesn't just risk his life or even lose his life, he says he lays it down: His entire life is for them.

Except for blessing the bread as his body given for his own, Jesus never explained his dedication to his flock more clearly. In this, he is not only the model shepherd, but the model human being who has discovered the purpose of his life and chooses to fulfill it without reservation.

Sandwiched in the midst of his five statements in which he offers his life for his flock, Jesus describes the heart of his relationship with them saying, "I know mine and mine know me."

Explaining the depth of what he means, Jesus compares his relationship with his own to his relationship with his Father. That sort of knowing involves an intimate sharing of life and of such love that the parties come to understand each other from the inside, becoming freely and inextricably bound to one another. Jesus explains that he has chosen to have an insider's knowledge of his own and offers the same to them.

Before anyone makes a claim to the exclusivity of their tribe or flock's participation in God's love, Jesus says that he has other sheep in other folds who share the same relationship with him. When he says that they will follow and all will become one flock, he is giving a subtle but pointed warning to any who would try to set the boundary lines.

He tells people who pride themselves on being his own — both in his day and in ours — that he is the shepherd. Membership in his flock depends only on hearing and following his voice; it can't be defined by rituals or formal membership in any special group.

When Jesus said "I am the good shepherd," he used the language of his tradition to proclaim not only that he had freely chosen the course of his life, but also that he was a faithful reflection of God, the Father of all. His self-description as the good shepherd summarizes Christian theology; it tells us the purpose of creation and the Incarnation was to bring all into one in God. 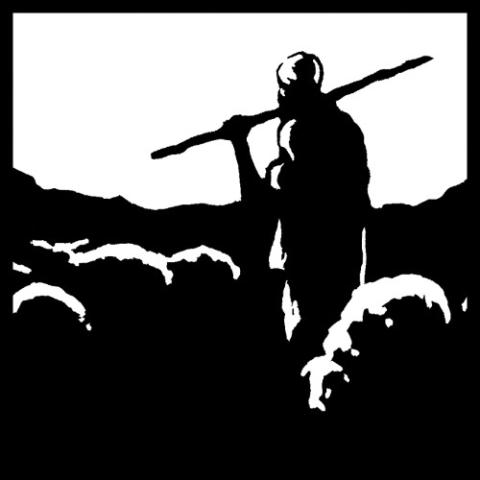 That's where Jesus' description of mercenaries and wolves comes in. The hired herder's first concern is personal comfort and safety — we might see prestige and profit as additional expressions of that. Mercenaries consistently choose themselves and their own kind, seemingly unwilling or unable to accept or comprehend the concept of one flock composed of diverse folds.

The wolves, too, are recognizable by their priorities. They specialize in fear and division. They possess the powers of strength and stealth and prey on the weak. While a relationship with the good shepherd is characterized by ever-increasing knowing and being known, wolves specialize in lies and disguise (as Little Red Riding Hood would tell us) all for the purpose of eating up their victims.

Many voices claim to tell us what should be done and why. Jesus claimed the authority of being the Good Shepherd who gave everything to bring humanity to sharing divine life.

We can always recognize his voice in those that call us into love and freedom and ever-broader solidarity. If we ask "Why?", his simple answer might be, "Because you are mine."

A version of this story appeared in the April 6-19, 2018 print issue under the headline: You are mine.