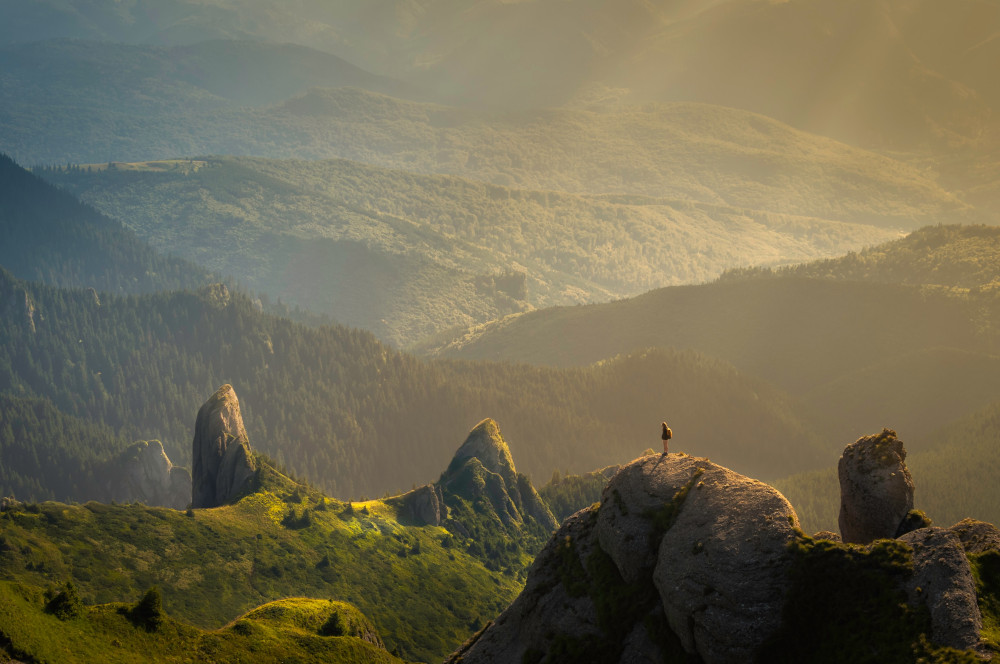 Last week, we watched Satan take Jesus up to a high mountain. This week, Jesus leads Peter, James and John up the same way. Perhaps even to the same mountain.

Satan took Jesus to a mountain to show him the ways of the world, the kingdoms and all their glory. Jesus took his closest friends up the mountain for an intimate glimpse into who he was, in all his glory. This story is full of subtle references to the history of Israel that, when we understand them, make it all the richer.

In many cultures, the mountain is a place for meeting God. The most obvious allusion is to Moses, whose face shone so brightly that he had to keep it veiled after meeting God on the mountain. The ancient Incas saw the mountains as the spirits of their ancestors, the strong, protecting Apus. Japan is home to two spectacular holy mountains: Mount Koya with more than 100 monasteries, and Mount Fuji, surrounded by Shinto shrines.

Mountains represent challenge, solidity and beauty. Anyone who has climbed one also understands that your perspective changes frequently along the way. The disciples Jesus led up the mountain surely understood that they were on a sacred journey.

Matthew, Mark and Luke tell us essentially the same story as they recount this event, but each embellishes it with his own touches. Of the three, only Luke says that it happened while Jesus was praying. Mark tells us that the disciples were frightened and Luke notes that they had fallen asleep. Those three details hint that this scene might be the counterpoint to their presence with Jesus as he prayed in the Garden of Gethsemane.

What all have in common is that the disciples perceived Jesus in a way they never had before. They knew him as a dazzling, charismatic personality, but in this moment, his face revealed more than they had ever seen in it. His clothes, symbols of personality and culture, became luminous, almost as if divinity were shining through humanity.

Trying to respond to the import of the situation, Peter offered to build tents. He was reacting as if they were celebrating the Feast of Booths, the last feast on the annual calendar, a harvest feast during which people erected booths on their roofs in commemoration of their wanderings in the wilderness. The booths reminded them that during their pilgrimage, God dwelt among them in a booth like theirs, or, as the Gospel of John would say, God pitched a tent among them.

Peter had caught on to the message: They were experiencing God with them in a way they had never imagined.

Just as the disciples were trying to take in the overwhelming scene, the voice of God broke in and proclaimed: "This is my beloved Son, with whom I am well pleased. Listen to him." That's what God said at Jesus' baptism, but with the added command, "Listen to him."

Today's liturgy invites us to gather with a few others and to climb our symbolic mountain, away from distractions, where two or three can be together with Christ. There, we can share our own visions of who God is in our lives.

Like the disciples who saw Moses and Elijah, we might reflect on how we have come to know Christ through our religious tradition. Time on the mountain invites us to recall moments of insight or delight when we experienced God's love and presence.

Jesus told his friends not to talk about their experience until after his resurrection. That's because in that moment they were like people who had just fallen in love; in their exuberance, they thought they understood it all clearly. In reality, they had a long road of learning ahead — one that would take them to the upper room, to Calvary and back to the upper room. Their insight and commitment had yet to be seasoned.

When they got down to level ground, they were immediately confronted with people in need, and, again revealing who he was, Jesus responded with a healing. That reminds us that our peak experiences, our exceptional moments of religious insight, get their grounding not from proclaiming a theology, but by doing what the Master did.

We go to the mountain for inspiration. We come down to put it into practice.

A version of this story appeared in the Feb 21-March 5, 2020 print issue under the headline: To the mountain.