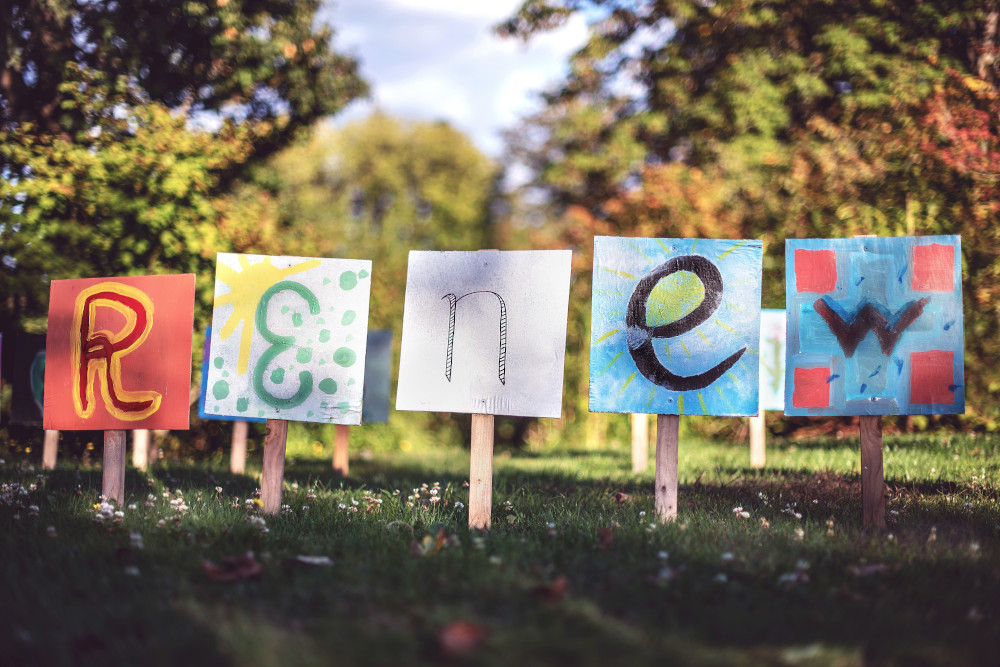 My paternal grandparents met because he was playing baseball and she happened to walk by just as he hit a long one. It hit her, he apologized, and although the whole story is a bit more complicated, here I am as a result. That is but one of a bazillion seemingly serendipitous events that have created the world we live in.

For a decade or more, we've been seeing advertising for the DNA testing that will identify us through a long chain of generations, telling us how many geographies and cultures came together in the process of our birth. The ads say that we may be surprised when the children of the same parents are shown to have received different combinations of ancestral genes through the same process that has caused one to look like a maternal grandfather and another like a paternal aunt.

Even if we can't trace our heritage back to Adam and Eve, it is clear that we all came from somewhere and are each born of an incredibly precarious process of combinations that came to fruition in the precise person that each of us is. But that's only the beginning.

The Jesuit paleontologist Fr. Teilhard de Chardin might call our genetic heritage the raw material with which we begin. In a letter to a young friend, Teilhard left us counsel about exercising patience in the process of becoming who we really are and can be. He said, "We are impatient of being on the way to something unknown ... and yet it is the law of all progress that it is made by passing through some stages of instability — and that it may take a very long time."

Teilhard's advice offers us a way to think about Jesus' message in today's Gospel. We are still at the table of the Last Supper, and Jesus is explaining that soon his followers will not know him in the flesh as they had until the time of his passion. This is a hard transition, their time of instability. Of course, they don't want to let go of what they have, much less face what he has told them is coming. But he promises that he won't leave them as orphans.

Of all the things he could have said about what was coming, Jesus predicted that his followers would feel abandoned like children whose parents have been taken away forever. He knew that his death would leave them questioning who they were and whether they could survive without him. But as Teilhard would say, that was part of their process of being on the way to becoming something new.

Jesus promised that his disciples would not be orphaned because he would be with them in a new way. Jesus was introducing them to the transition from his being with them to his dwelling in them.

In the opening line of today's Gospel, Jesus said, "If you love me, you will keep my commandments." For those who had ears to hear, that short sentence explained the transition he was inviting them to undergo.

As disciples, they had followed him, they had learned from him, they had loved him and tried to obey him. Now he was inviting them to a new level, an experience of love that surpassed companionship and discipleship. The prophet Jeremiah (31:33) promised that God would write the law on the people's heart. Jesus goes further, saying that he himself will dwell in his followers as the Father dwells in him.

The idea of indwelling is central to John's Gospel: Jesus lives in the Father, and the Father in him. Indwelling implies much more than saying that God is the primary source of all life. Our biological life and unique genetic code are givens: We had no choice in the matter and did nothing to bring them about. As human creatures, we believe we are related to and loved by our creator — so much that to love others is to love our creator.

But that's only the beginning. Jesus takes this a step further, bridging all separation, inviting us to share his experience of union with the Father through union with him.

God's indwelling is a matter of mutuality: We must freely choose to accept Christ's invitation to union and desire to live out of the energy we call grace. As we do that, our union with Christ will infuse us with his own motivation as well.

Teilhard counsels us, "Trust in the slow work of God." We cannot force what grace and a bazillion serendipitous events acting on our goodwill will make of us tomorrow. We can only trust that they will transform us and our whole world.

A version of this story appeared in the May 1-14, 2020 print issue under the headline: Becoming something new.