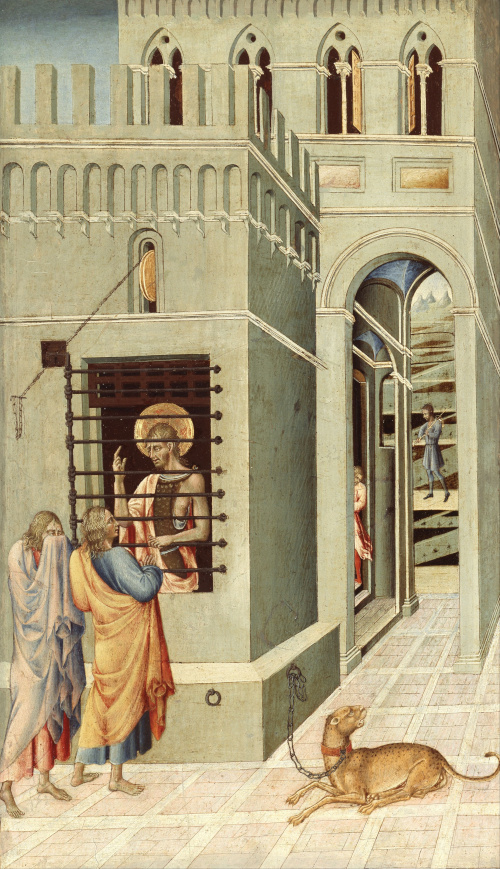 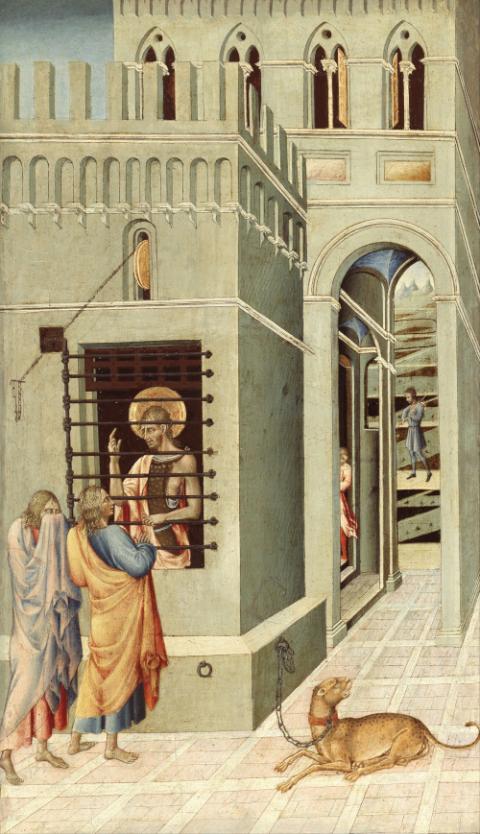 Only 10 days until Christmas. If you want it to sound like a long time, tell yourself that you have a decade of days left. Less than two weeks is another way of saying it. Either way, it's really not long to wait. But, really, who are we waiting for?

John the Baptist joins us again today as a seeker. Careful reading reveals that John isn't full of answers. Sure, Matthew paints John as reluctant to baptize Jesus, saying, "You should baptize me, not I, you," but only in the Gospel of John does the baptizer call Jesus by a special name — and then, it's the mysterious title "Lamb of God," which really doesn't say anything about Jesus being the One to come.

The truth is that there has always been a wide variety of opinions about how God acts in and through creation, about who is the One. John was sure something was about to happen, but he didn't claim to have details. All he said was that he was not worthy to carry the Coming One's sandals. He then predicted that the One to come would baptize people with fire and the Holy Spirit.

That's pretty vague. It's even less clear than saying, "Just believe on the name of Jesus and you will be saved!" Phrases like that leave folks scratching their head; amateur theologians ask, "What does that mean?"

One of December's most popular versions of those ambiguous adages says, "Put Christ back in Christmas," a maxim that seems to presume that we have the ability to put Christ wherever we wish.

This brings us back to John the Baptist, the prophet whom Jesus called the greatest person ever born of a woman. We hear of John today as he languishes in prison and hears about Jesus. Wondering what he's risked his life for, he sends disciples to scrutinize Jesus and his mission. John sent his disciples to ask the most important question of his life: "Are you the One to come or should we look for another?"

Jesus didn't give a straight answer. He responded: "Go tell John what you hear. Tell him what you've seen in the healing of people who were blind, lame, deaf and leprous. Tell John that the poor are rejoicing. Tell him, 'Blessed are those who see the hand of God in this!' "

Jesus' response transformed the interrogator into the interrogated. Instead of answering John's question, Jesus' recital questioned John about his expectations. Jesus asked what grounded his hope and oriented his discernment.

Jesus was betting that John would hear his response as a reprise of the message of former prophets. Jesus wanted John to realize that his work fulfilled what Isaiah prophesied about the time when God would appear with vindication for the people.

Jesus' résumé fulfilled all Isaiah's signs of God's coming into the human milieu. For John, who could probably recite Isaiah 35 from memory, there was a hidden message of consolation to boot. The section of Isaiah that Jesus quoted also said, "Strengthen the hands that are feeble ... say to those whose hearts are frightened: 'Be strong, fear not! Here is your God.' "

What more could Jesus have said to support someone imprisoned by Herod?

Jesus wasn't fulfilling John's apocalyptic expectations for gathering the wheat and burning the chaff in unquenchable fire. But those were John's expectations. Jesus' response sent John back to the heart of his tradition and the message that God's "vindication" is a salvation that heals. Jesus added only one idea to Isaiah's message: "Blessed are those who are not scandalized when God's word is good news for the poor."

We don't know what John did when he heard about Jesus' reply. His disciples hadn't even hung around long enough to hear Jesus' enigmatic praise of him.

If John could talk to us as we prepare to celebrate Christmas, he would probably encourage us to join with him in questioning. At a time when there was a wide variety of religious opinions and paths offered for public consumption, John asked Jesus if he were the One. Today, Christians seem content to say that Jesus is the One, but we too often trim him to our own expectations rather than wonder who he is and where we should look for him.

If we allow today's Scriptures to guide us, we will ask more questions and give fewer answers about the Christ of Christmas present. If we wish to seek him, our starting place must be among those who are serving the blind, the lame, the outcast and the poor. Some of those people are scandalous, but so were Jesus and John. Blessed will we be when we see God at work through them.

A version of this story appeared in the Nov 29-Dec 12, 2019 print issue under the headline: Who are we waiting for?.