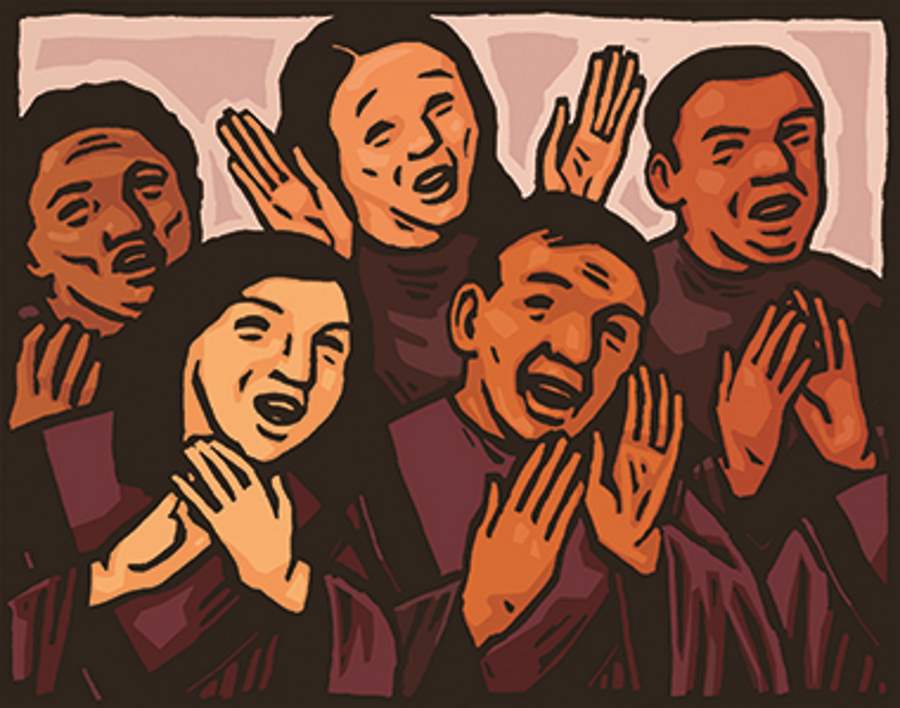 The psalms have long been a mainstay of Christian liturgical singing. While these songs of the Hebrew Bible first expressed the relationship of Israel to the God of salvation, Christians have heard in them words of Christ and words about Christ. Christian believers have sung of Christ, "The Lord is my shepherd, nothing shall I want" (Ps 23:1).They have sung with Christ, "My God, my God, why have you abandoned me?" (Ps 22:1). The psalms have formed the backbone of the Liturgy of the Hours, the church's daily prayer, and provided a rich source of texts to accompany processions and various other ritual actions.

Antiphons developed to supplement and augment the psalms of the liturgy. Most antiphons are used in the liturgy before and after the psalm text, often helping the community to sing or hear the psalm in light of the season, feast or rite being celebrated. The use of antiphons allows the same psalm to be sung on different occasions with a different emphasis.

Psalm 95, for example, is often sung during the Liturgy of the Word at Mass with the refrain, "If today you hear his voice, harden not your hearts." This refrain is based on the later part of the psalm that reminds worshipers of Israel's lack of trust in God. The same psalm is used each day at the first hour of the church's daily prayer as a joyful call to praise God, and is introduced with an antiphon for the season. Even during Lent the antiphon summons the assembly to praise: "Come, let us worship Christ the Lord, who for our sake endured temptation and suffering."

During the processions at the entrance, the preparation of the gifts and Communion, the General Instruction of the Roman Missal offers four alternatives for selecting a song. Although most communities in the United States are more accustomed the fourth option ("another suitable liturgical song"), the first three choices involve the singing of antiphons and psalms.

There are two official liturgical books that contain chanted antiphons and psalms in Latin — the Roman Gradual and the Simple Gradual. There is no official version of these books in English, but there have been several recent attempts to adapt these books for use in English-speaking countries:

There are, of course, many antiphon and psalm settings that are already part of the repertoire in most communities. Think, for example, of Psalm 34 with the antiphon, "Taste and see that the Lord is good." A renewed interest in singing antiphons at Mass might serve as an impetus to take note of antiphons and psalm settings that are already well-known or that are included in the various hymnals and service books in our pews. These texts can provide a rich addition to the sung prayer of God's people.

Editor's note: This reflection was originally published in the March 2006 issue of Celebration. Sign up to receive daily Easter reflections.