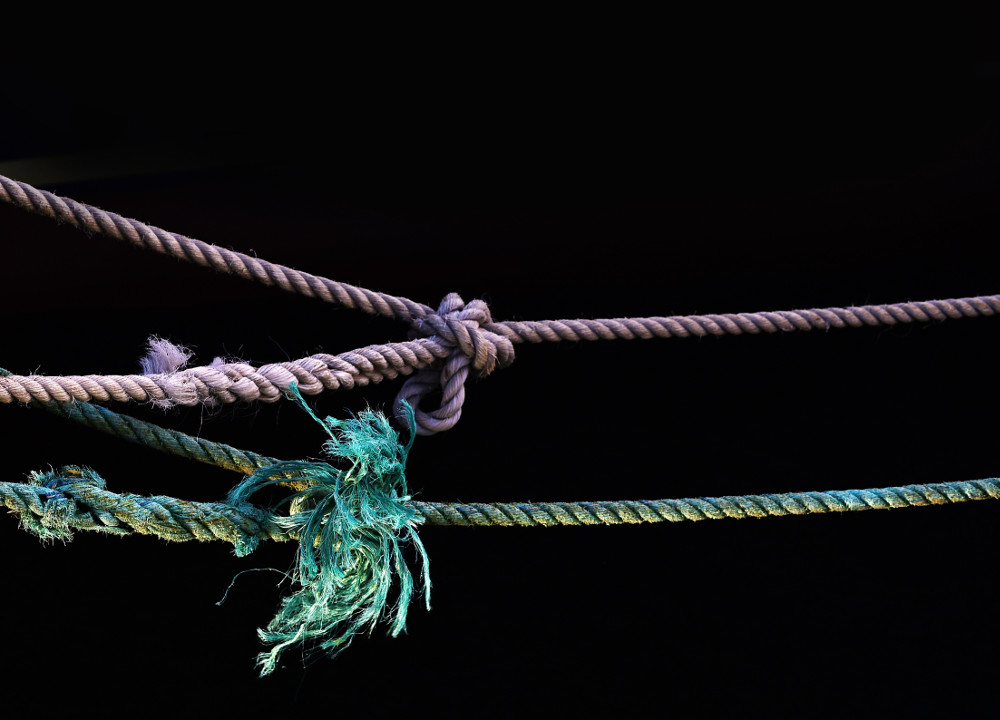 I have gotten to a point that I can't go along anymore with Michelangelo's God on the ceiling of the Sistine Chapel. Great art, but, gee, God as an old guy with a long gray beard? No thanks.

For a long time, my wife Cathy has had her own spin on this. At Mass, when the celebrants starts, "Our Father…", Cathy adds in a loud voice, "… and Mother."

That makes more sense, but it still doesn't do the job for me. I am able to think of God like a parent, loving me and wanting what's best for me and providing me with what I need to live a full life and, again like a good parent, giving me the space I need to fail and learn from my failures.

What doesn't work for me is the idea that if something good happens, it's God up in heaven pulling the strings. Say I'm running to the airport, late for a flight, and against all odds, I get on the flight. I can't think that God made that happen. And I can't find it in me to pray to God to make that happen.

If I think God is dipping into my life to make it possible for me to get on the flight, what am I to think if I land, get a rental car and, within 20 minutes, I'm in an accident? Did God pull some string to make that happen? Or did God fail to pull the right string?

In recent years, Job has become one of my heroes. You know, the guy in the Bible who is afflicted with a whole lot of bad stuff, the guy known for "the patience of Job."

Job, however, is anything but patient. He whines to God and complains and says a lot of "woe is me." His faith never wavers — that's where the "patience" comes in — but he browbeats God, demanding why, as a good guy, he has to put up with all these disasters, fires and boils, as well as the dung heap where he lives.

Finally, enough is enough, and "out of the storm," sounding more than a little exasperated, God says: "Where were you when I founded the Earth? Tell me, if you have understanding. … Have you ever in your lifetime commanded the morning and shown the dawn its place?"

We are all connected inextricably because we exist in the same water and find our sustenance in this ocean and everything else we need to live.

God goes on like that for 71 verses, and, basically, God is saying to Job, "Come on, I'm God, and you're not. I understand this stuff, and you don't."

This has been very comforting to me. I don't know about you, but life completely mystifies me. I try to figure it out, and I come up with ways in which to frame things and find meaning. But I'm always adjusting these, and they're never adequate.

Then, during a recent therapy session in which I was talking about my nephew's widespread cancer and of the deaths that are happening all around me, I was a bit taken aback when my therapist asked, "Where does God fit in all this?"

After fumbling around a bit, what I came up with, essentially, is that I see God as the ocean we all swim in.

We're all in this ocean whether we realize it or not. (Does the shark know it's in an ocean?) We are all connected inextricably because we exist in the same water and find our sustenance in this ocean and everything else we need to live.

So, then, spinning this out, I took the same image and said that religious faith (or any faith in something that gives life meaning) is the ocean in which we all swim, whether we realize it or not.

In thinking this, am I thinking that God and faith are the same? I think so.

So then I went to love, meaning the whole array of connections in which we touch each other and are touched — love is the ocean in which we all swim.

After all, we are individuals, but we exist among others. Even hermits once lived among others, and even as a hermit lives in isolation, he or she breathes the same air and sees the same sun as the rest of humanity.

St. Paul tells us that God is love, so thinking about God and love being the same ocean in which we all swim makes sense — and faith being that ocean too.

Where, the theologically inclined may ask, is God as a person, a foundation of Christianity? My thought is that God is a person and an ocean in a way that I can't understand because, well, I'm not God.

None of this, of course, pushes the human being who was and is Jesus off the stage. Jesus is still in the center of faith and love while also being God.

Despite 2,000 years of theological theorizing, I think it's safe to say no one understands how Jesus can be a human being and also be God.

So maybe I'm not so crazy to think of God as a person and as an ocean.

[Patrick T. Reardon is the author of eight books, including Requiem for David. All Soul Seeing columns can be found online at NCRonline.org/columns/soul-seeing.]

A version of this story appeared in the Sept 7-20, 2018 print issue under the headline: God is the ocean in which we all swim.