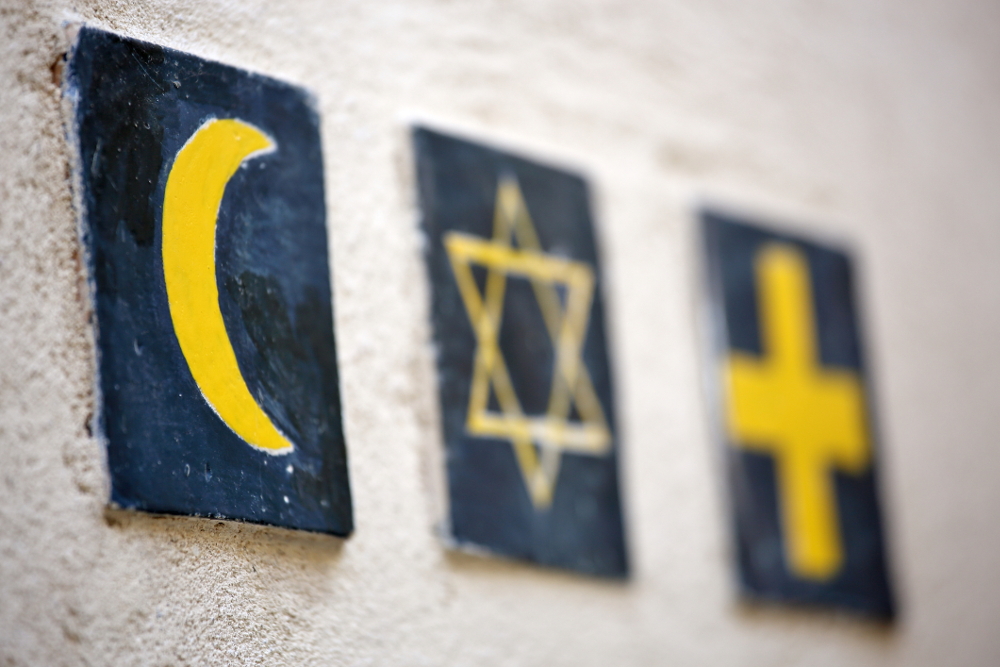 Nothing in my uber-Catholic background (weekly Mass and confession, memorizing the Baltimore Catechism, strict nun teachers) could have prepared me to participate in a zikr at which Muslim, Jewish and Christian people chanted the name of God, while the imam sang a melodic line over the chant.

Some of the women draped in scarves swayed back and forth, we all felt held by the chanting, and I began to understand why it is a component of much of the world's worship. The dictionary definition of zikr is a form of remembrance "associated chiefly with Sufism, when the worshiper is absorbed in the rhythmic repetition of God's name or attributes."

Much of the imam's initial talk resonated with what I already believed. "See the Beloved everywhere," he encouraged. "Be so crazily in love you're like the besotted 13-year-old who, asked about ice cream, sighs, 'My favorite flavor is chocolate.' "

His words about God's spark within being the source of human dignity touched a familiar chord — as a Catholic, I'd heard that message, named Divine indwelling, often. Muhammad said, "Wherever you turn, there is the face of God." In the Jewish kabbalah or mystical teaching, God hurled forth the holy in countless sparks at the beginning of time; it whispers to us from all created people and things. When we descend to the deepest underground stream, all religions echo similar truths.

I've learned this firsthand from my interfaith group of five Muslim, five Jewish and five Christian women who meet monthly, taking turns in their homes.

A typical gathering starts with a potluck of snacks and informal conversation. Then after prayer, a facilitator (a rotating role) lays groundwork for the theme of the evening. We've discussed threads common to all traditions, like various religious holidays, the importance of pilgrimages, communal and individual prayer, action for justice, and environmental protection. There's strong consensus that we must, in whatever small ways we can, offset the current government's antipathy to Islam and hostility to refugees. After both January Women's Marches, we shared our experiences and chortled at our favorite signs.

The cornerstones of all three Abrahamic faiths — love God and neighbor — spill into practical action. When a Presbyterian and her family, sponsored by Catholic Charities, began to foster two Muslim teenaged refugees who escaped Myanmar and Somalia, Muslims helped with advice about diet, local mosques, and what hairpins best hold the hijab in place. When one young refugee encountered anti-Muslim graffiti at her high school, another member's daughter, a senior at the same school, organized a welcome campaign to counter the hatred.

We all asked Congress to halt U.S. funding of the Burmese army engaged in the genocide of Rohingya Muslims.

Our "purse project" furnished hundreds of bags filled with donated toiletries and goodies to homeless women in the East Bay area.

We've learned not to minimize our differences, but also to celebrate our commonalities. We are all seekers, yearning to see with the eye of the soul and to find the face of God through our own faiths. We are keenly interested in the wisdom of the world's perennial traditions, especially what we never learned during more narrow youths. We care deeply about our planet, the next generation, offsetting ignorance and fear through education, our sacred texts, and favorite poets like Rumi and Mary Oliver.

Jewish members of our group have explained how it's vital to their tradition to wrestle with God, not accepting easy answers. Muslim members have taken a break from the meeting and adjourned to another room when it's time to pray. Those of us from more hierarchical traditions with ordained clergy marvel at how easily one of the women in our group assumes the leadership role, transforming any living room into sacred space. Most of us attended Muslim-Christian retreats at San Damiano, a Franciscan friary, and the local mosque.

Once a year, we lead an Advent service at a Presbyterian church. As always, we're impressed by the Muslim reverence for Mary (who is mentioned more times in the Quran than in the Gospel) and Jesus, whose name is always followed by the phrase, "Peace be upon him."

Although Advent didn't hold great meaning for Jews, they contributed the Tu B'Shvat prayer for creation and the Talmud teaching on repairing our own small pieces of the world. The service concluded with the prayer of an interfaith council that sponsors five circles like ours: "The task is not ours alone to complete. Neither are we free to walk away. O God of blessing, strengthen our hands and our hearts to do Your work."

After more than two years of membership in this circle, I'm grateful to the women who've corrected the self-righteousness of my youth, when I was taught that only my religion possessed truth. What arrogance or insecurity implied that there wasn't enough abundance in God to overflow onto all the world's peoples? I've appreciated their revealing themselves not only as Muslim, Jewish or Christian, but as women with similar basic concerns: about a daughter going to college, a racist on the local school board, a father after a stroke, a divorce, a project to grow healthy food for children in "food deserts." And thanks for that recipe of persimmons with goat cheese!

One of the most treasured ornaments on my Christmas tree is a tiny crèche made in Bethlehem that my Muslim friend Maram brought from her native country. Somehow she knew its profound meaning for Christians; somehow she tapped that deep underground stream that bathes us all.

[Kathy Coffey lives in the Bay area in California and authored Hidden Women of the Gospels. For more information, see her website at kathyjcoffey.com. All Soul Seeing columns can be read at NCRonline.org/columns/soul-seeing.