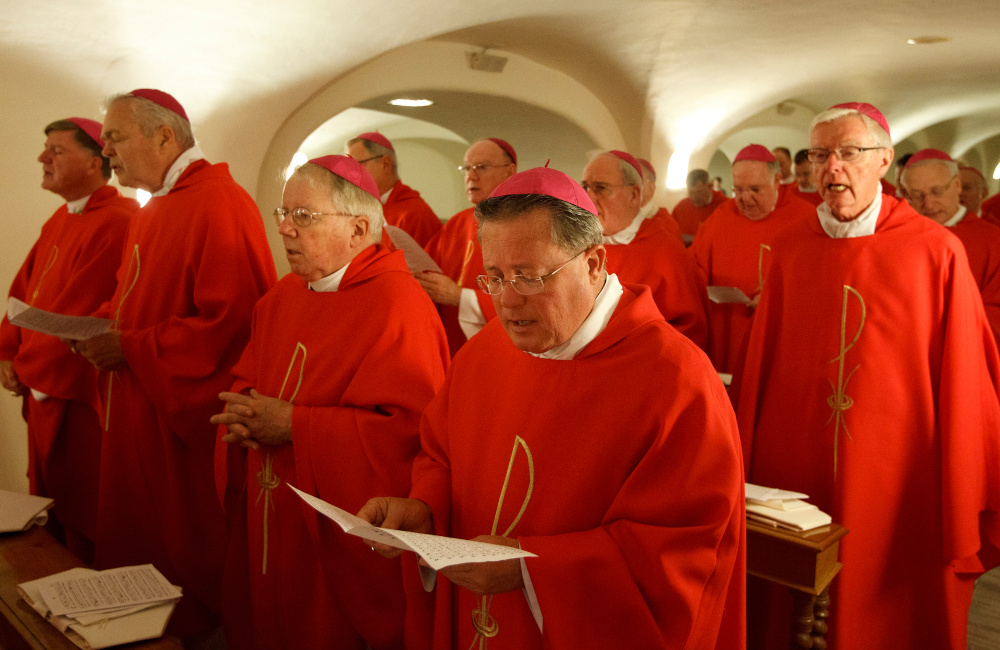 The bishops of every diocese in the United States have prepared detailed reports on the life of the Catholic Church in their dioceses and have made or are making reservations to fly to Rome.

The U.S. bishops' visits "ad limina apostolorum" — to the threshold of the apostles —  begin Nov. 4 with a group from Massachusetts, Rhode Island, Connecticut, New Hampshire, Maine and Vermont.

Throughout November, December, January and February, another 14 groups of U.S. bishops will travel to Rome; the visits should conclude Feb. 22 with the bishops of the Eastern Catholic churches in the United States.

The preparation of the reports and the scheduling of hourlong meetings at various offices of the Roman Curia can give the visits an appearance of being a business meeting.

But, as the "Directory for the 'Ad Limina' Visit" makes clear, the bishops' visits are a pilgrimage with "a very definite purpose: that is, the strengthening of their own responsibility as successors of the Apostles and of their hierarchical communion with the Successor of Peter. The point of reference is a visit to the tombs of Sts. Peter and Paul, pastors and pillars of the Roman church."

And, in fact, at the heart of the bishops' pilgrimage are Masses at the Rome basilicas of St. Peter, St. Paul Outside the Walls, St. John Lateran and St. Mary Major.

For many bishops, the highlight is the meeting with the pope, but over the past 35 years, those meetings have changed significantly because of the increased number of bishops in the world.

Canon law calls for the visits to occur every five years. That hasn't happened since early in the pontificate of St. John Paul II.

Just before Pope Benedict XVI stepped down in early 2013, the Vatican had announced that it took seven years, but

he had hosted the ad limina visits of the heads of every diocese in the world.

A couple hours later, though, the bishops of the Netherlands pointed out that they hadn't had their visits with Benedict. In the end, they had to wait until December 2013 when they were among the first bishops to have an ad limina with Pope Francis.

According to the latest statistics released by the Vatican, there are now 3,017 dioceses, prelatures and vicariates around the world. When St. John Paul II was elected in 1978 there were 2,423.

St. John Paul would meet privately with each and every head of a diocese during the ad limina visits; he would invite groups of them to his morning Mass; and he would give a speech to each group.

Midway through his pontificate, Benedict adopted a modified format, meeting with 7-10 bishops at a time instead of having individual encounters. He also cut down on the number of speeches he gave — for example, giving formal addresses to only five of the 15 groups of U.S. bishops in 2011-12.

The format changes have continued under Francis. His regular practice now is to meet each group together — with sometimes 20 bishops sitting in a circle in the papal library — devoting between 90 minutes and two hours to a free-wheeling discussion.

According to bishops who have made their ad limina visits in the last year, Francis tells the bishops they are free to comment about or ask him anything. Then, using a soccer metaphor, he tells them the ball is in play and whoever wants to kick things off can.