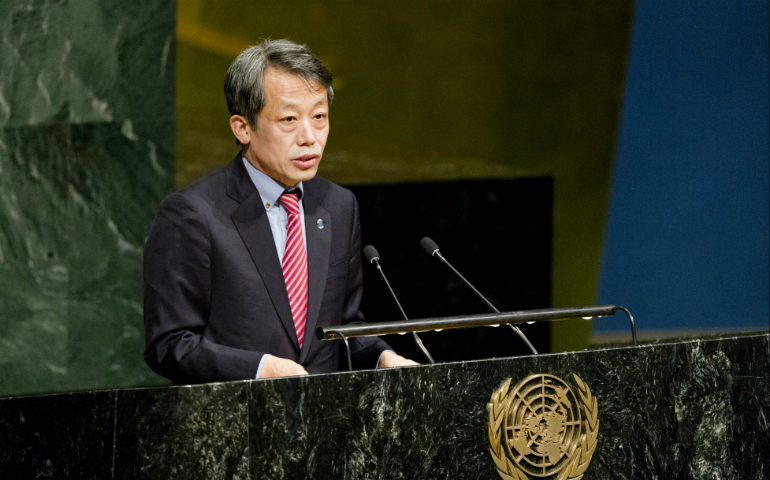 Catholic sisters, peace activists and legal experts say that while they were disappointed by a U.S.-led boycott of nuclear disarmament talks that began last week at the United Nations, the action came as no surprise and had at least one positive result: putting the issue of the nuclear threat and disarmament back in the news.

"The view is opening," Sr. Stacy Hanrahan, who represents the ‎Congregation of Notre Dame at the United Nations and is active in U.N.-based nuclear disarmament efforts, told GSR in an interview. "It's not there yet, but we're getting there."

That a majority of the world's nation-states participated in the first week of talks despite the boycott by nuclear powers such as the United States, Great Britain and Russia showed there is movement in the world to take the issue of nuclear disarmament more seriously, says Marie Dennis, co-president of Pax Christi International.

"The fact that 132 countries came together, found common ground and set the groundwork toward a treaty makes this a very successful beginning," Dennis told GSR. "The issue is back on the front page of a lot of newspapers."

She added, "It's a big job but I am more optimistic about [this issue] than I was a year ago."