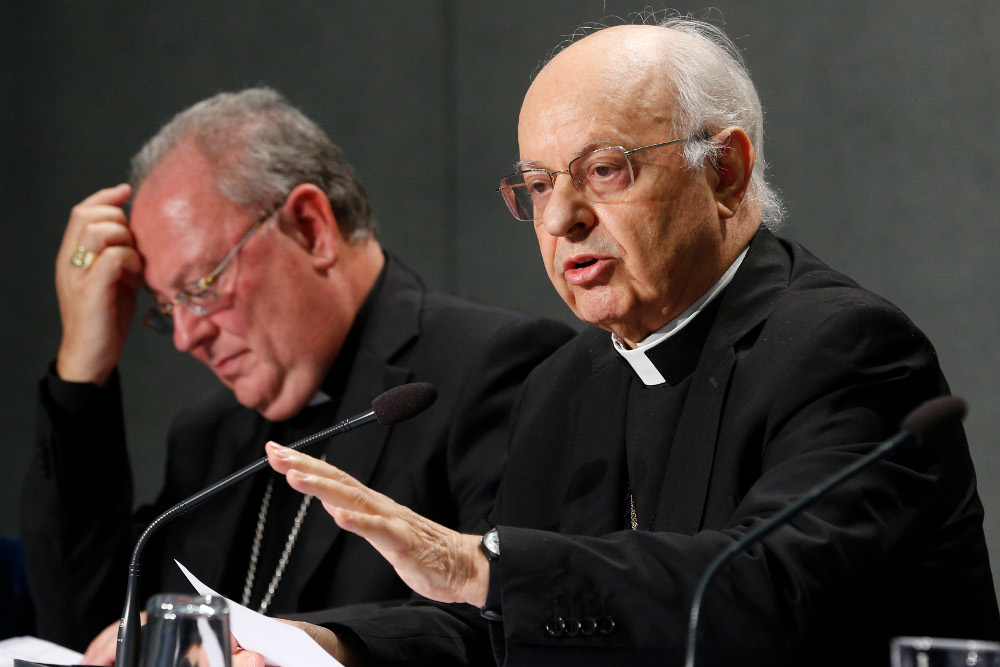 Two of the cardinals leading the upcoming Vatican meeting of bishops from the Amazon made clear Oct. 3 that the monthlong gathering will consider the idea of ordaining older married men as priests to address the severe lack of Catholic ministers across the nine-nation region.

In a press conference to present the Oct. 6-27 meeting, known as a synod, Cardinals Lorenzo Baldisseri and Claudio Hummes focused on the serious implications of Catholics currently living without frequent access to the sacraments and the call of people in the Amazon that the synod address the issue.

Hummes, the retired archbishop of Sao Paulo, Brazil, who is serving as the Amazon synod's relator general, said that up to 80 percent of people in the region have "a limited sacramental life."

"Very few people receive the Eucharist and can have the celebration," he said. To emphasize the importance of receiving Communion for a Catholic, Hummes cited a 2003 encyclical by Pope John Paul II that said the church "draws her life from the Eucharist."

Baldisseri, who heads the Vatican synod office, affirmed that the issue would be discussed.

"It will be taken into consideration inside the assembly," he said, citing the synod's working document, known as an instrumentum laboris, that brought up the request from people in the region for a discussion.

"It is in the instrumentum laboris," said Baldisseri. "Therefore, the synod fathers are free to express themselves, to discuss it."

The Catholic Church has maintained the practice of mandatory celibacy for priests for centuries, pointing to the need for ministers to be completely devoted to their work. It makes exception, however, for priests who belong to Eastern rites or who become Catholic after being ordained in other Christian traditions.

The discussion of a regional allowance for married priests in the Amazon has sparked an uproar among a conservative minority in the church, including some cardinals. 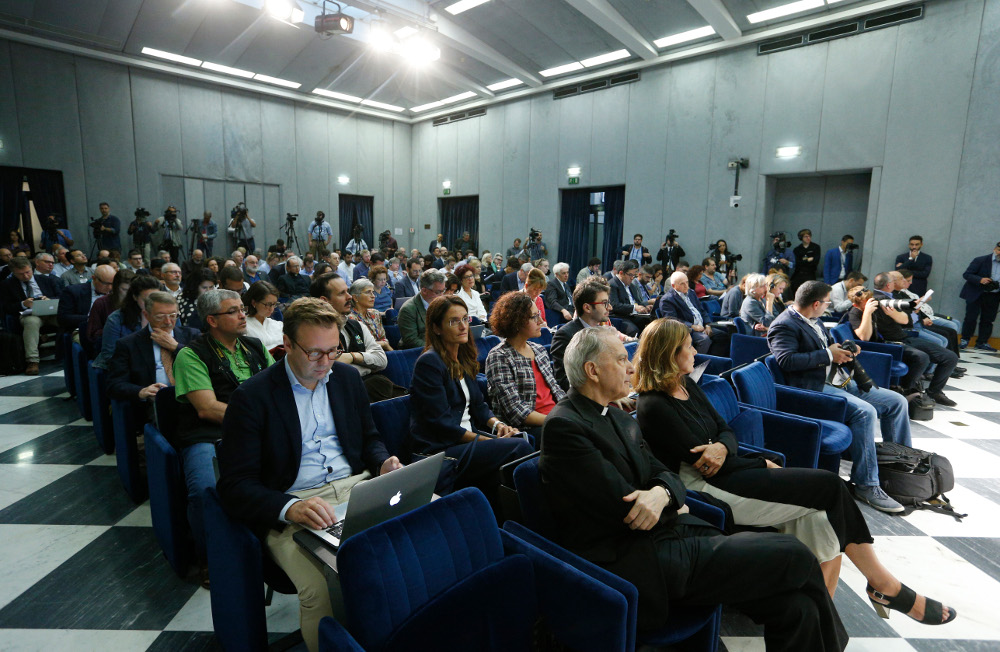 Journalists attend a news conference to discuss the upcoming Synod of Bishops for the Amazon Oct. 3 at the Vatican. (CNS/Paul Haring)

Just a day before the Oct. 3 press conference to launch the synod, Canadian Cardinal Marc Ouellet, who leads the Vatican office that helps the pope determine which priests become bishops, held an event to launch a book defending the practice of priestly celibacy.

Asked about the upcoming debate at the synod, Ouellet responded: "I am skeptical. And I think I'm not the only one."

Other prelates have been much sharper in their criticism. In an August letter, retired German Cardinal Walter Brandmüller warned that his confreres needed to consider how they would respond to "any heretical statements or decisions of the synod."

Pressed Oct. 3 about those criticizing the synod, Baldisseri and Hummes defended the process used to develop the working document, which centered on the hosting of nearly 300 local, national and regional assemblies throughout the Amazon region.

"This instrumentum laboris is not a document of the synod," said Hummes. "It is for the synod. It is the voice of the local church, of the church in the Amazon."

"The church wanted to listen to them, to invite them to speak," he said. "We had to listen seriously. This is the synodal path: listening seriously."

Baldisseri made clear the working document did not represent the synod's final say on any matter, and that it should not be considered a papal text.

"If there is a cardinal or a bishop that is not in agreement with the contents … I would say that it is necessary to listen and not judge," he said. "Because it is not a magisterial document."

The synod, which formally carries the title "The Amazon: New Paths for the Church and for Integral Ecology," will officially open Oct. 6 with a Mass in St. Peter's Basilica, celebrated by Pope Francis.

The vast majority of the 184 bishops and priests and one religious brother taking part in the three-week synod as voting members will be coming from those countries. They will be joined by 80 non-voting lay experts and auditors, including 33 women, who can participate in the discussions but cannot vote on any final document or issues.

Although drafts of the final document from the last synod gathering, held in October 2018, had made notice of global calls for future synods to include women as voting members, the list of participants for the Amazon synod, first released Sept. 21, does not do so.

One journalist asked Baldisseri why no women were appointed as voting members this time. The cardinal said that that the new norms for the Synod of Bishops approved by Francis in 2018 foresee voting membership for "bishops and clerics" but not others.

Baldisseri said the one lay brother, who is not an ordained cleric, had been allowed to be a member of the Amazon synod because Francis decided to derogate from the norms in that case.