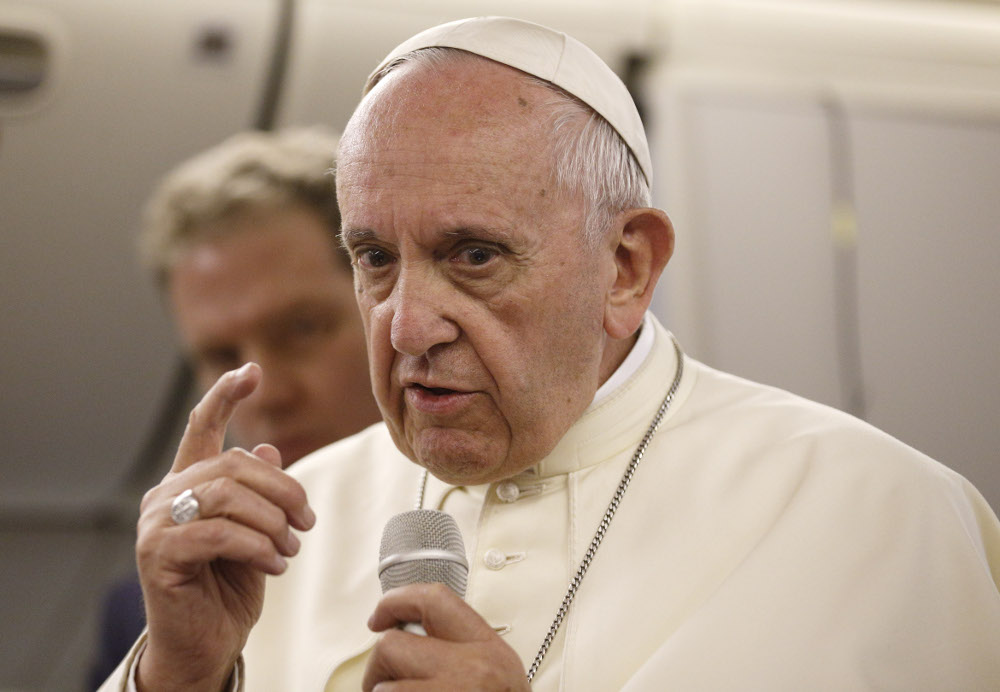 Failure and disappointment in the Catholic Church's response to abuse should be an impetus to reassess, refocus and rededicate oneself to improving and expanding efforts in healing and prevention, said a researcher at Rome's Center for Child Protection.

For example, "Pope Francis' infelicitous words — experienced as a 'slap' by those who have suffered abuse — during his recent visit to Chile" raises the question, "is there hope for real change in the church?" wrote Sara Boehk, a member of the center's research team. Her article appeared on the center's blog — childprotection.unigre.it — Jan. 26.

The center, which is part of the Pontifical Gregorian University, provides training, formation and educational resources in the field of safeguarding minors. Its president is Jesuit Fr. Hans Zollner, who had been a member of the Pontifical Commission for the Protection of Minors.

Boehk's commentary — titled "Is there hope for real change in the church?" — was published after Pope Francis' visit to Chile, where he told reporters that he would not take action against a Chilean bishop unless accusations that he covered up abuse could be supported with proof; otherwise, he said, any claims Bishop Juan Barros of Osorno knew or witnessed abuses committed by his former mentor amounted to "calumny." The pope later apologized, saying he only realized later that his words erroneously implied that victims' accusations are credible only with concrete evidence.

"Of course, I know that there are many abused people who cannot bring proof (or) they don't have it," he told reporters on the papal flight from Peru to Rome Jan. 22. "Or at times they have it, but they are ashamed and cover it up and suffer in silence. The tragedy of the abused is tremendous," he said.

Noting Pope Francis apologized and "asked forgiveness for inflicting an unintended wound," Boehk wrote that the pope has "admitted to having failed the expectations of abuse survivors."

"As hard as it is to acknowledge, it seems inevitable that those from whom we expect more will sometimes fail us," she wrote. "Our leaders are flawed; so are we. We are tempted to protect our own interests, to close our eyes and ears to suffering. We fail to take action; we are slow to take responsibility."

Seeing "multiple disappointments" in the church — "hurting words, poor decisions, stonewalled appointments, obstructed efforts, inadequate policies, outdated models of formation — we may be tempted to despair, to believe that as a church we don't really get it," Boehk said. "In the face of disheartening news, how can we move forward? How can we work for institutional change?"

"St. Ignatius reminds us that we will struggle as long as we live, but with renewed effort we shall continue and improve," she wrote.

Failure, therefore, becomes "an opportunity to reassess where we are in our safeguarding efforts, to refocus our energies, and to recommit to our goals," Boehk wrote.

Real change, she said, is "a long, arduous journey, and cultural change in the oldest and largest institution in this world, the Catholic Church, will take many years, maybe a generation or more."

"Failures along the way are inevitable, but we can allow them to motivate us to strive for more focused and consistent efforts, entrusting them and ourselves to the Lord of salvation," she wrote.