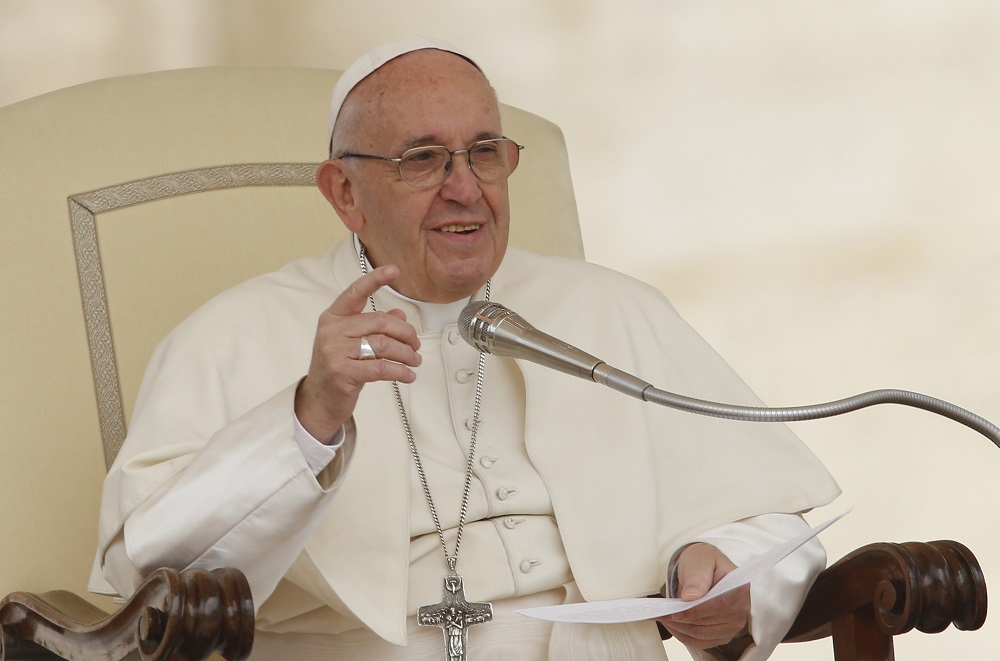 The Gospel requires Christians to "denounce personal and social sins committed against God and neighbor in the name of the god money and of power for its own sake," Pope Francis wrote.

Finance and the economy effect every person and every society, playing a large part in "determining the quality of life and even death" and the degree to which a person's life is worthy of his or her God-given dignity, the pope said in the introduction to the book "Potere e Denaro" ("Power and Money"). The book was released April 12.

Written by Michele Zanzucchi, editor of Citta Nuova, the magazine of the Focolare Movement, the volume examines what Pope Francis has said and written about the economy and business, social justice, poverty and care for creation.

In line with his predecessors and with the social teaching of the Catholic Church, Pope Francis wrote in the introduction, he knows that the Gospel message applies to social and economic questions as well as to questions of personal spirituality and church life because "God does not abandon his creatures to the clutches of evil."

While the global economy has allowed billions of people to attain well-being, he said, "the economy and markets have had a role in the excessive exploitation of common resources, increasing inequality and the deterioration of the planet."

Traveling around the world as pope, "I have been able to see these contrasts more clearly than was possible in Argentina," he said. The world has enough wealth to feed, house and offer medical care to all its inhabitants, but resources are concentrated in the hands of a few people and millions of others struggle to survive.

"What I say and write about the power of the economy and finance is meant to be an appeal so that the poor would be treated better and inequalities would decrease," Pope Francis said.

A particular concern, he said, are the billions of dollars private individuals and companies make from manufacturing weapons, "funds that prosper from innocent blood."

People must become more aware of how the economy works and how much wealth is produced by exploiting people or the environment and by speculation or investing in money rather than in companies that employ people and produce useful products and services, the pope wrote.

"Sin has and continues to stain the original goodness" of human beings and of all creation, "but it cannot cancel the imprint of the image of God present in every person," he said. "Therefore, we must not lose hope: we are living in a difficult age, but one full of new and unheard of opportunities."