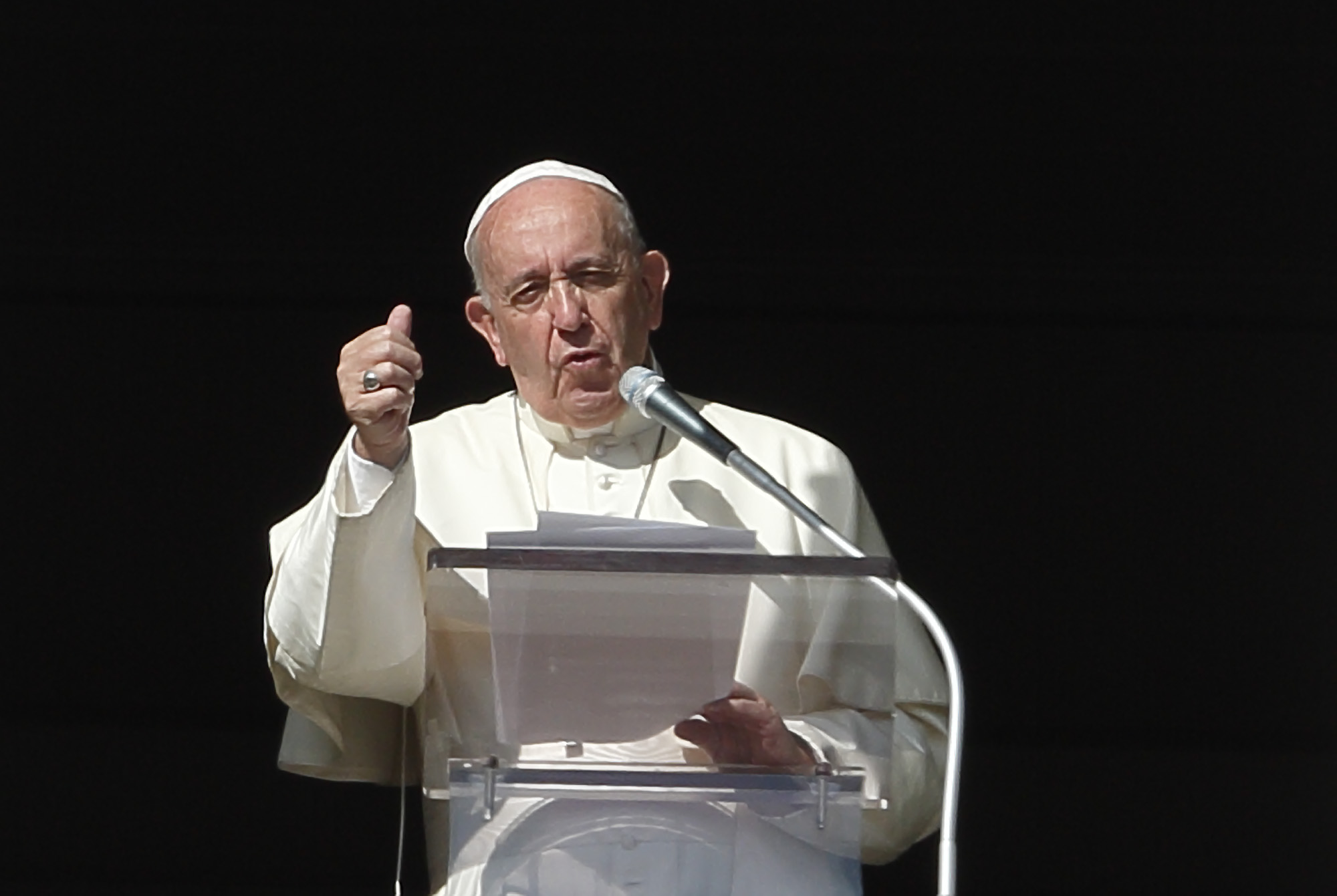 Pope Francis gestures as he leads the Angelus from the window of his studio overlooking St. Peter's Square at the Vatican Nov. 1, 2019, the feast of All Saints. (CNS/Paul Haring)

The saints were flesh-and-blood people whose lives included real struggles and joys, and whose holiness reminds all the baptized that they, too, are called to be saints, Pope Francis said.

Thousands of people joined the pope Nov. 1 for the midday recitation of the Angelus prayer on the feast of All Saints. Many of the people in St. Peter's Square had just run the 10K "Saints' Race," sponsored by a Catholic organization.

The Nov. 1 and 2 feasts of All Saints and All Souls, the pope said, "remind us of the bond that exists between the church on Earth and that in heaven, between us and our loved ones who have passed to the other life."

The saints the church remembers — whether officially by name or not — "are not simply symbols or human beings far from us and unreachable," he said. "On the contrary, they were people who lived with their feet on the ground; they experienced the daily struggle of existence with its successes and failures."

The key, though, he said, was that they "always found in God the strength to get up again and continue the journey."

Holiness is both "a gift and call," the pope told the crowd. God grants people the grace needed to be holy, but one must respond to that grace freely.

The seeds of holiness and the grace to live it are found in baptism, the pope said. Then, each person must make a commitment to holiness "in the conditions, obligations and circumstances of their lives, trying to live everything with love and charity."

"Let us walk toward that 'holy city' where our brother and sister saints await us," he said. "It's true, we can tire because of the bumpiness of the road, but hope gives us the strength to get going."

Remembering the saints, Francis said, "leads us to raise our eyes to heaven not to forget the realities of earth, but to face them with more courage and more hope."

The pope also said modern culture gives many "negative messages" about death and dying, so he encouraged people to visit and pray at a cemetery in early November. "It would be an act of faith," he said.