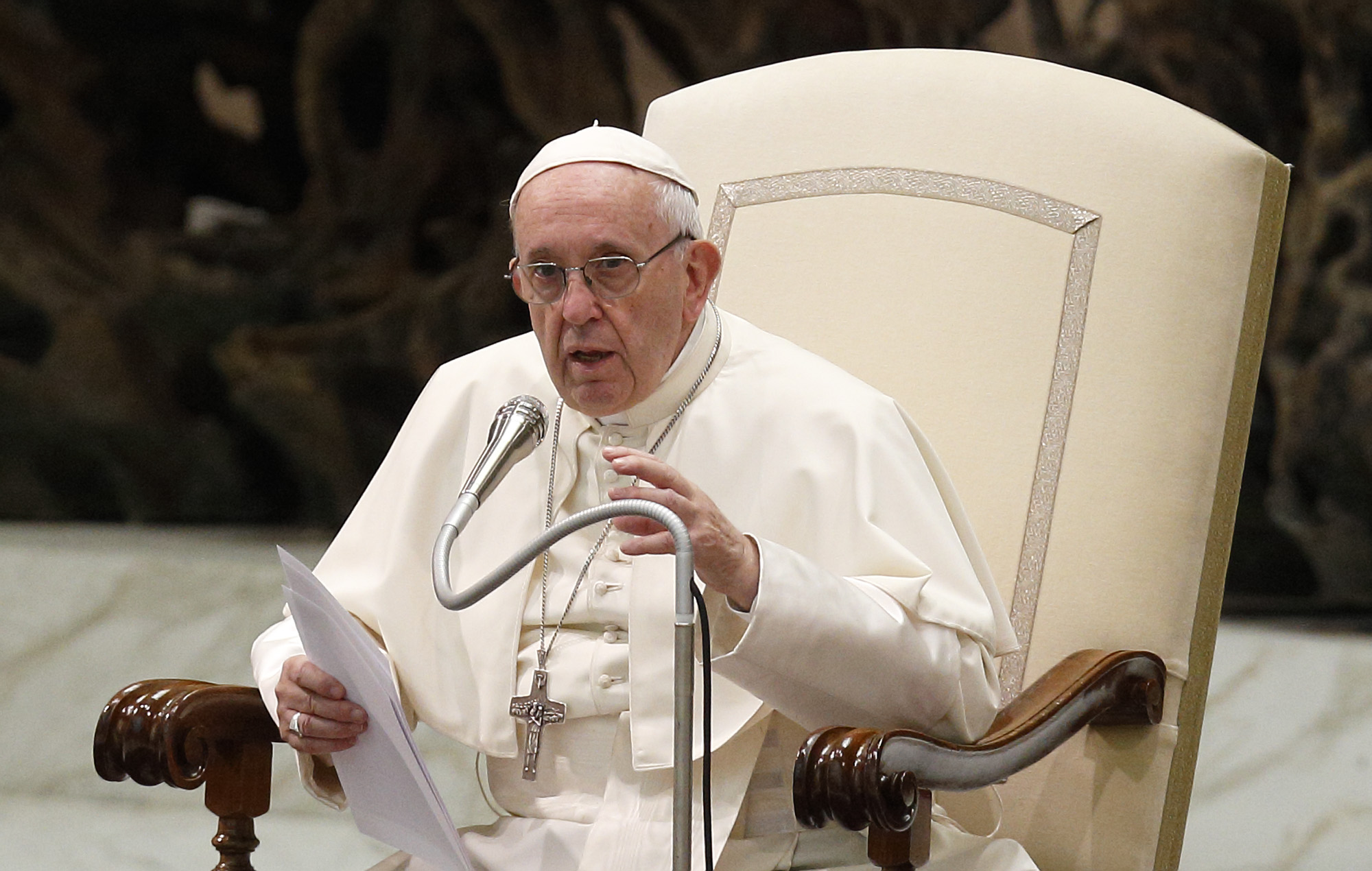 The power of God's name is manifested in the lives of people who live their faith in an authentic way, while it is taken in vain by those who live in hypocrisy, Pope Francis said.

By adhering to the commandment to not take the name of the Lord in vain, Christians can show the beauty of baptism and the Eucharist, as well as "the sublime union there is between our body and the body of Christ; he in us and us in him," the pope said Aug. 22 during his weekly general audience.

"If there were more Christians who would take upon themselves the name of God without falsehood, practicing the first request of the Our Father -- 'hallowed be thy name' -- the proclamation of the church would be heard more and become more credible," he said.

Continuing his series of talks on the Ten Commandments, the pope turned to the Second Commandment, which he said is correctly interpreted as "an invitation to not offend the name of God and use it inappropriately."

Recalling its Hebrew and Greek translations, Francis said the Second Commandment means not taking upon one's self the name of God "in a way that is devoid of content" and shrouded in hypocrisy, formalities and lies.

The commandment, he said, is a reminder for Christians of their baptism and the call "to live out our daily actions in a real and heartfelt communion with God, that is, in his love."

However, Christians may also succumb to the temptation of "taking upon themselves the name of God in a hypocritical way" and "living a false relationship with God."

A sincere relationship with God, the pope explained, is seen not only in the lives of the saints, but also in the lives of the "saints next door," especially "parents who give their children the example of a coherent, simple, honest and generous life."