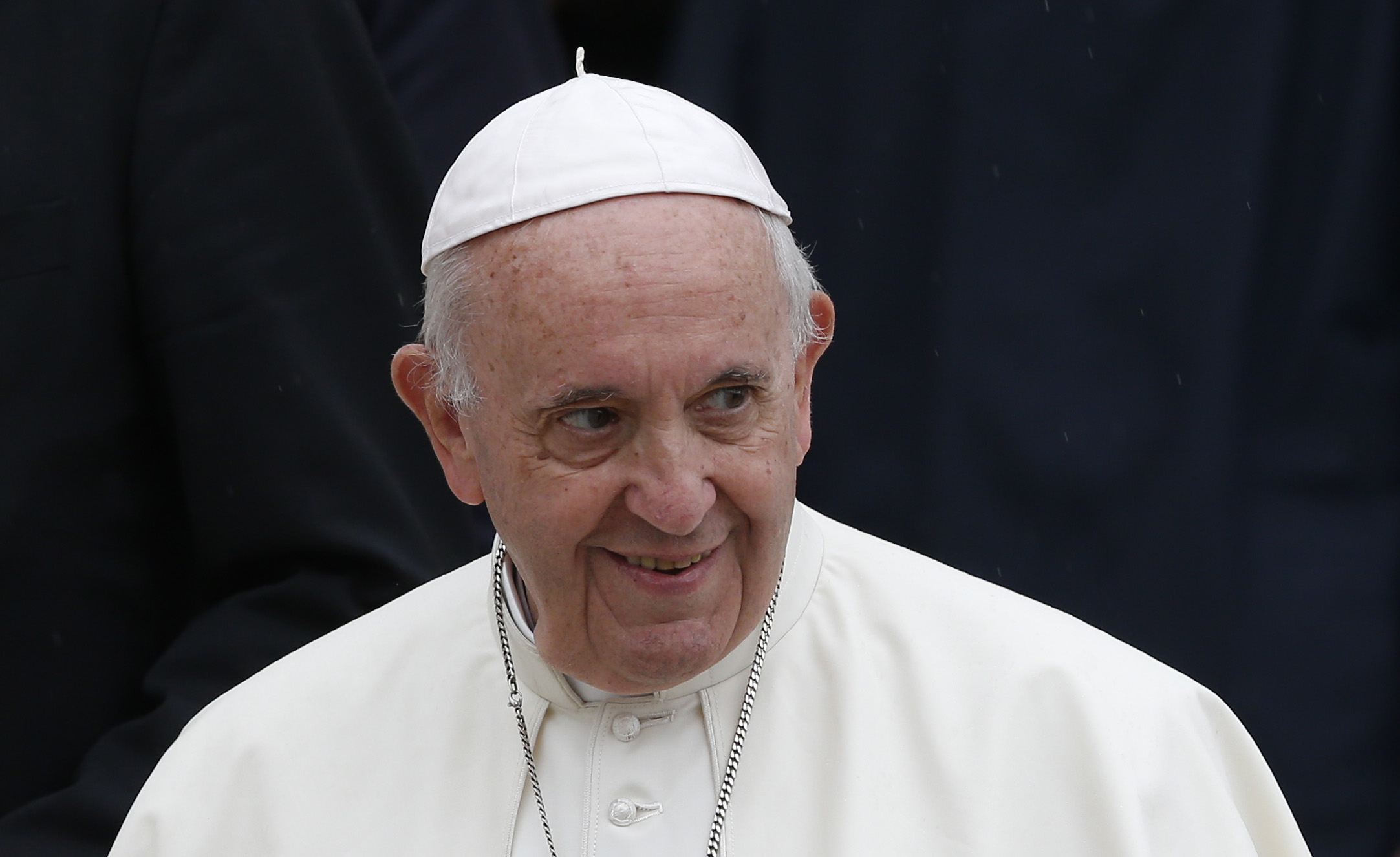 Pope Francis is pictured during his general audience in St. Peter's Square at the Vatican Sept. 19. (CNS/Paul Haring)

While God's holy church is made up of sinners, it also has its share of hypocrites who love to cry "scandal" to point out the failings of others and make themselves appear pure, Pope Francis said at morning Mass.

"The devil doesn't have anything to do with repentant sinners because they look to God and say, 'Lord, I'm a sinner. Help me,' and the devil is impotent," the pope said Sept. 20 during Mass in the Domus Sanctae Marthae.

"But with the hypocrites he is strong," Francis said. "He is strong, and he uses them to destroy, to destroy people, destroy society, destroy the church."

The devil's "battle horse is hypocrisy because he is a liar. He shows off as a powerful, handsome prince, but inside he's an assassin," the pope said, according to the Vatican newspaper, L'Osservatore Romano.

St. Paul, in the first reading, and the woman who anoints Jesus' feet in the Gospel reading both realize they are sinners, the pope said, but they are moved by love for Jesus.

And Jesus, recognizing their love, "forgives, receives, is merciful -- words we often forget when we speak ill of others," he said. "Think about this: We must be merciful like Jesus and not condemn others."

The Pharisees are the third group present in the Gospel story, the pope said. They are shocked, "scandalized," that Jesus would allow his feet to be anointed by a woman the Gospel describes as "sinful."

They were "doctors of the law" who were always watching Jesus "to see if they could find him in error" or could "set a trap for him," the pope said. "They had an attitude hypocrites often use: They were scandalized. 'Oh look, what scandal! You cannot live like that. We have lost all values. Now everyone has a right to come to church, even those who are divorced, everyone. But where are we?'"

Theirs is "the hypocrisy of the 'righteous,' the 'pure,' those who believe they are saved through their own merits," the pope said. But "Jesus calls the hypocrites 'whitewashed tombs.' They look like beautiful cemeteries, but inside they are putrid and rotten."

Francis ended his homily by requesting, "Let us ask Jesus always to protect our church, which is a holy mother but full of sinning children like us. And may he protect each one of us with his mercy and forgiveness."