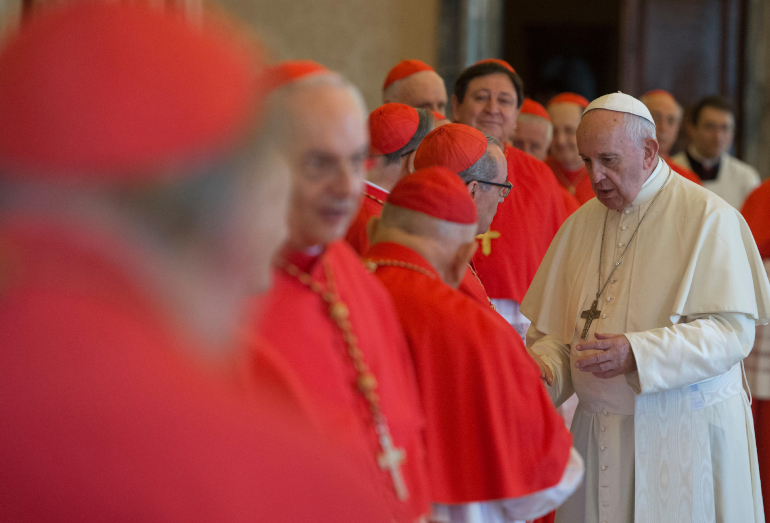 In an unexpected announcement at the end of the pontiff's traditional Sunday Angelus prayer, the pontiff said he would install the new cardinals during a consistory at the Vatican Nov. 28 -- setting the stage for an unusual and possibly unprecedented ceremony, held during the midst of a continuing global pandemic.

Gregory, who has served as the archbishop of Washington since May 2019, will be the fourth American cardinal created by Francis, following Chicago's Blase Cupich, Newark's Joseph Tobin and Kevin Farrell, the prefect of the Vatican's Dicastery for Laity, Family and Life.

The Washington prelate, typically known for having a quiet demeanor, made headlines in June when he sharply criticized the Knights of Columbus-owned John Paul II National Shrine for hosting a visit by U.S. President Donald Trump. The visit came a day after the president had ordered the dispersal of peaceful protestors near The White House with tear gas.

Gregory is also the first African American Archbishop of Washington and will be the first Black U.S. cardinal. 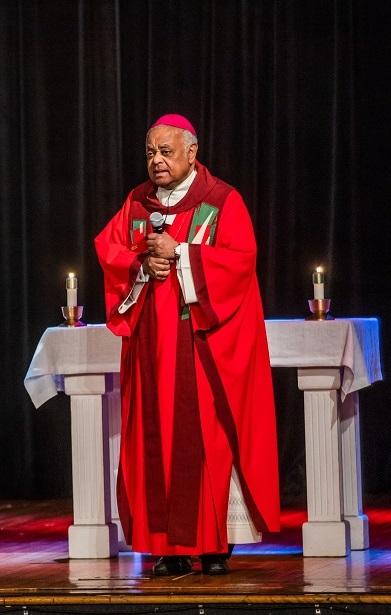 Nine of the 13 cardinals named by the pope are under the age of 80, meaning they will join the ranks of cardinal electors, or those who are tasked with gathering in conclave after the death or resignation of the pontiff to select his successor.

The ninth new cardinal elector is Conventual Franciscan Fr. Mauro Gambetti, the custodian of the convent attached to the Basilica of St. Francis in Assisi, Italy.

The Nov. 28 ceremony will be Francis' seventh consistory for the creation of new cardinals since his election as pontiff in March 2013. He last named new cardinals in September 2019.

It was not immediately clear how the upcoming consistory might be affected by the ongoing pandemic, which will likely require the ceremony to be held under Italy's strict social distancing measures.

The pandemic may even affect the ability of some of the new cardinals to travel into Europe. Most U.S. citizens, for example, have been barred from entering the continent since March.

Notably, the Catholic Church's Code of Canon Law does not specify that a new cardinal must be physically present at the consistory in order to be installed in the College of Cardinals.

The creation of nine new cardinal electors will put their total number well above the limit of 120 set by Pope Paul VI. As of Nov. 28, there will be 128 electors. (Not counting Becciu, who remains a cardinal in title but renounced "the rights connected to the cardinalate" on Sept. 24 due to a series of financial scandals.)

The number of cardinal electors is only expected to drop by six throughout 2021, as those cardinals turn 80.

The holding of a new consistory again cements Francis' influence on the group that will one day elect his successor. As of Nov. 28, assuming there are no unexpected changes, the pontiff will have appointed nearly sixty percent of the prelates: 73 of 128 electors.

Thirty-nine will have been appointed by now-retired Pope Benedict XVI; 16 by Pope John Paul II.

Tomasi, who was born in Italy, is also a naturalized U.S. citizen. A priest of the Congregation of the Missionaries of St. Charles, he earned his doctorate in sociology from Fordham University before co-founding the Center for Migration Studies, a New York think tank. He later served for 16 years as the Holy See's permanent observer to the U.N. in Geneva.

Eric LeCompte, who through his work as the executive director of the Jubilee USA Network came to know Tomasi as they both focused on debt, tax and trade issues at the U.N., praised Francis' choice to name the diplomat and Gregory as cardinals at the same time.

"When we look at appointments and see names like Gregory and Tomasi, we see the Pope's strong commitments to bridge building and promoting the Church's mission to ensure that everyone has enough and can live in dignity," said LeCompte, who is based in Washington.

A version of this story appeared in the Nov 13-26, 2020 print issue under the headline: Pope Francis selects Gregory as first African American cardinal.