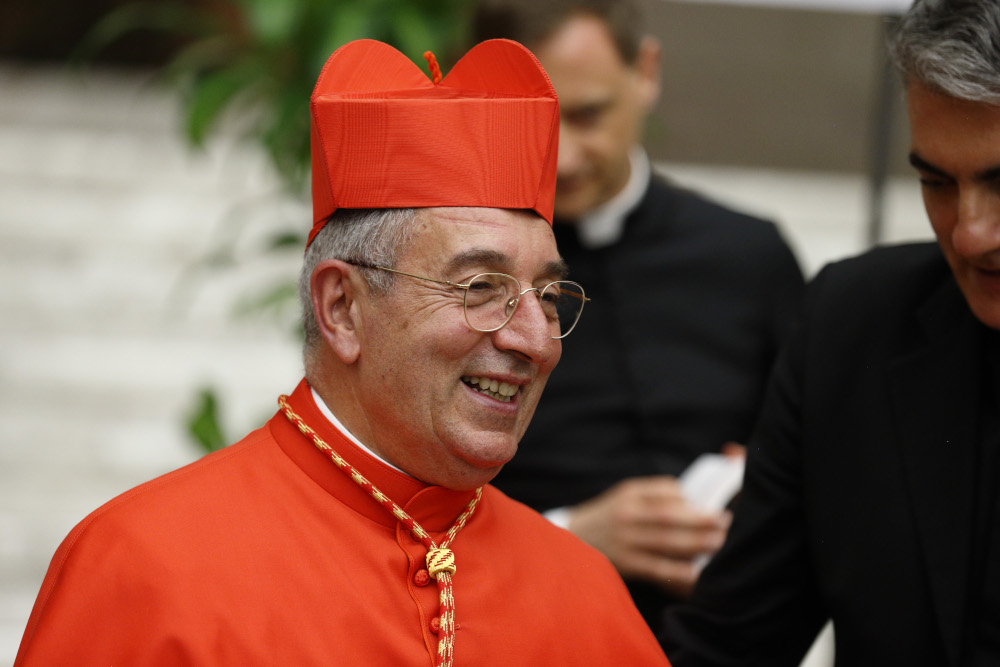 The Italian prelate who runs the day-to-day operations of the Diocese of Rome in the name of Pope Francis has tested positive for the coronavirus, his office announced March 30.

In a statement, the Vicariate of Rome said Cardinal Angelo De Donatis had been tested for the virus earlier in the day after exhibiting symptoms. The cardinal has a fever and is recovering in a Rome-area hospital but is in "generally good condition," said the statement.

The vicariate added that De Donatis' closest collaborators are now placing themselves in quarantine as a precaution.

News of De Donatis' diagnosis comes days after the Vatican confirmed that a resident of the Casa Santa Marta, the Vatican hotel where Francis lives, also tested positive for the coronavirus and has also been recovering in the hospital.

In a March 28 statement, the Vatican press office stressed that Francis has not tested positive for the virus and said the city-state had undertaken extra sanitation measures to clean areas occupied by the Santa Marta resident, who is also an official of the Vatican's Secretariat of State.

As vicar of Rome, De Donatis is widely responsible for overseeing the parishes and territory of the diocese in the name of the pope, who is the bishop of Rome. De Donatis, who has served as vicar since 2017, does not come into contact with Francis on a daily basis.

According to Italian news reports, De Donatis said he had only spoken to Francis in recent weeks since the outbreak of the coronavirus pandemic over the telephone.