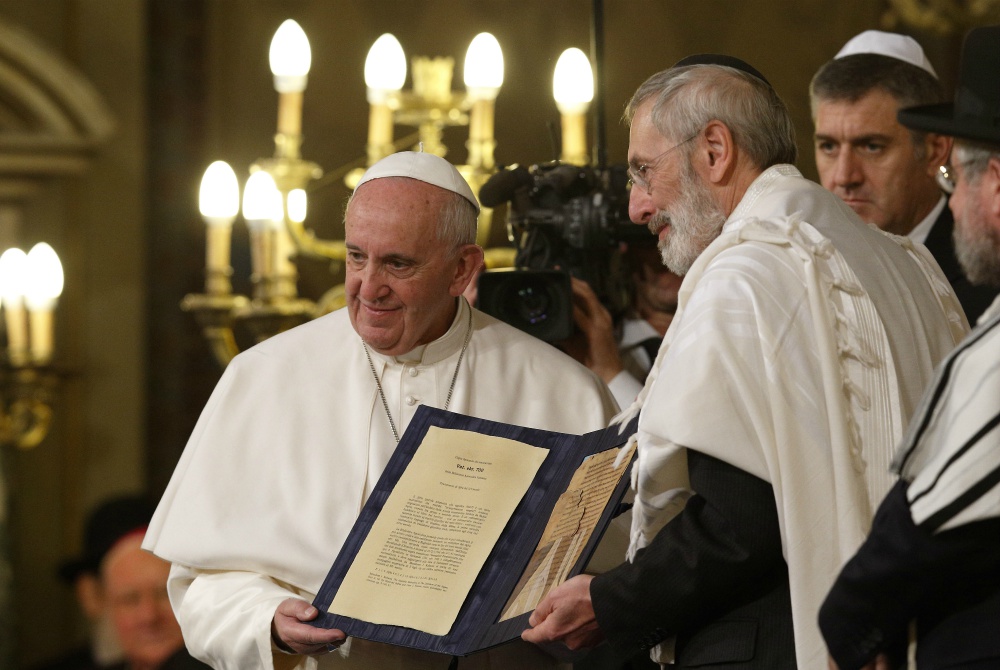 Marking the 55th anniversary of Nostra Aetate, Vatican II's landmark document that redefined the Catholic Church's relationship with other religions, two major Jewish-Christian interfaith partners have exchanged statements hailing the progress between the two religions and calling attention to rising anti-Semitism around the globe.

The two messages were released on Oct. 28 by the heads of the Vatican's Commission for Religious Relations with the Jews and the International Jewish Committee for Interreligious Consultations.

Cardinal Kurt Koch, president of the Pontifical Council for Promoting Christian Unity, referred to Nostra Aetate as the " 'Magna Carta' of Catholic-Jewish relations" in his statement, adding that "in pondering the mystery of the Church itself ... the Second Vatican Council was drawn to exploring its relationship with the descendants of Abraham."

"We are inseparably linked in the essential foundation of faith in the God of Israel, and we are united by a rich common spiritual heritage and the legacy of a longstanding shared past. Christianity has its roots in Judaism; the latter constitutes the nucleus of its identity," wrote Koch.

Rabbi Noam Marans, chair of the International Jewish Committee for Interreligious Consultations, said, "Jews have welcomed the Church's outstretched hand and created the religious, communal, and academic structures and responses necessary to partner with Catholics in an era that transformed two millennia of enmity into a blessing of amity."

The International Jewish Committee for Interreligious Consultations is the largest representative body of world Jewry in dialogue with the Vatican, the Ecumenical Patriarchate and other ecumenical initiatives.

Marans went on to highlight the "amplified" friendship between the two faiths, as evidenced by "papal visits to synagogues, to the horrific yet sacred sites of the crimes of the Holocaust, and to the State of Israel following the establishment of Vatican-Israel diplomatic relations in 1993."

Last year marked the 25th anniversary of diplomatic relations between the Holy See and Israel. In a speech June 14, 2019, at the Great Synagogue of Rome, the Vatican's Secretary of State Cardinal Pietro Parolin said the two states are partners in combating anti-Semitism.

"The Holy See and the State of Israel are called to join forces to promote religious freedom, religion and conscience, as an indispensable condition for protecting the dignity of every human being, and to work together to combat anti-Semitism," he said.

On Wednesday, that call was repeated again.

"At a time when anti-Semitism is on the rise and the physical threat to Jewish communities and individuals is very real, we are grateful for the steadfastness of Pope Francis, who has forcefully and repeatedly spoken out against this scourge," wrote Marans. He recalled Francis' words in 2013: "Due to our common roots, a Christian cannot be anti-Semitic!"

"Likewise," Marans said, "we stand in solidarity with our Christian brothers and sisters as they face serious religious freedom infringements."

Originally the Commission for Religious Relations with the Jews and the International Jewish Committee for Interreligious Consultations had planned to commemorate the 55th anniversary of Nostra Aetate in São Paolo at the end of this month, however the global pandemic forced a cancellation of the joint meeting.