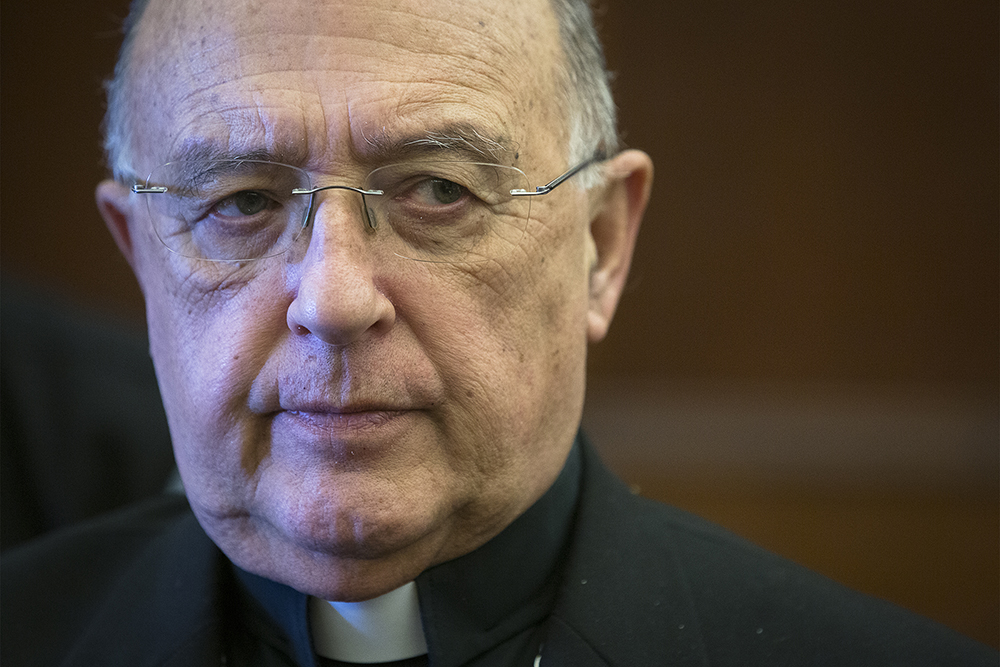 A senior South American cardinal is defending the agenda of the Vatican's upcoming October meeting of Catholic bishops from the Amazon region after two retired European cardinals publicly alleged that it flouts church teachings.

Cardinal Pedro Barreto Jimeno, the archbishop of Huancayo in south-central Peru, says the agenda, which raises the possibility of ordaining older married men as priests in rural areas with pastoral needs, "largely expresses the feelings and desires of many representatives of the Amazon people."

In an article published in the Italian Jesuit magazine La Civiltà Cattolica July 18, Barreto likewise says that the agenda, released June 17, is the fruit of consultation with nearly 90,000 people in the two years of preparation for the meeting, which is known as a synod and will be held at the Vatican Oct. 6-27.

Barreto calls the consultation process an "unprecedented experience" for a synod, and says it "gives a good account of what is happening in this region."

"We believe that the expression of this richness will bring, beyond any suspicions, elements for a better understanding of a reality that is crying out for attention," he writes.

Barreto, a Jesuit who was appointed to his position as archbishop by Pope John Paul II in 2004, appears to be responding in his article to recent attacks against the Amazon synod by German Cardinals Gerhard Müller and Walter Brandmüller.

Although the Peruvian does not mention the other cardinals by name, both of the German prelates have alleged in recent days that the agenda for the synod is "heretical."

In a June 27 essay published at the website of the right-wing Italian blogger Sandro Magister, Brandmüller claimed that the agenda "contradicts the binding teaching of the Church in decisive points." In a July 11 interview with an Italian newspaper, Müller expressed agreement with Brandmüller and said he found "great confusion" in the document.

The Vatican's agenda for the synod said the church was being asked "to study the possibility of priestly ordination for elders … to ensure the sacraments for the most remote areas of the region."

The document also said the church should consider "an official ministry that can be conferred upon women, taking into account the central role they play in the Amazonian church."

Barreto does not go into depth into theological issues in his July 18 article, instead focusing on the pastoral and economic needs of people across the Amazon region, which covers some three million square miles and is divided among eight countries in South America.

The Peruvian calls the Amazon "an increasingly devastated and threatened territory," citing the effect in particular of companies taking part in mineral extraction, which can lead to deforestation, polluted waters, and conflicts with indigenous peoples.

"For us members of the Catholic Church in the Amazon, we want to be living witnesses to hope and cooperation," writes Barreto. "In this sense, as an ecclesial event, the Synod can be an important sign of the effective response promoting justice and the defense of the dignity of the people most affected."