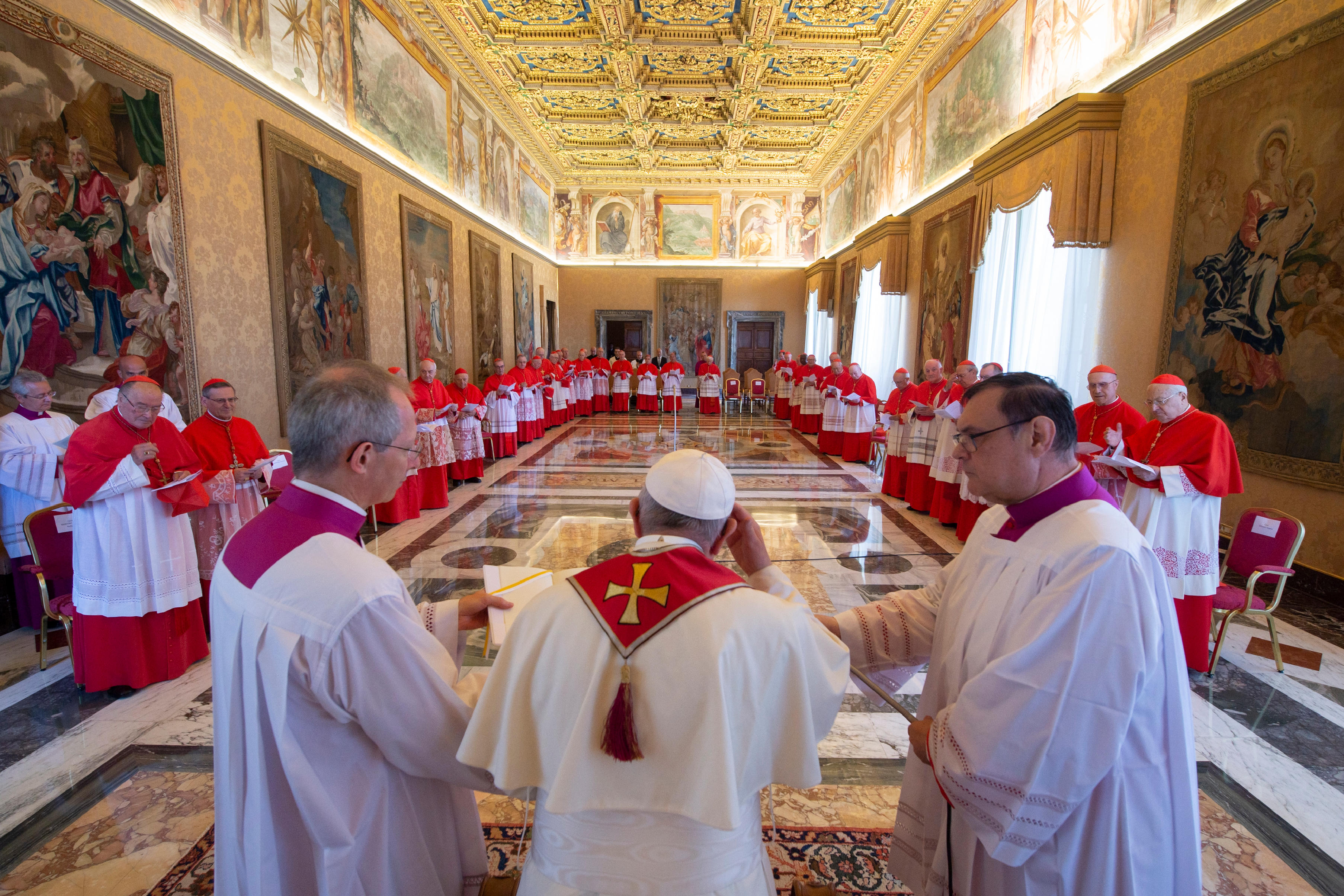 Pope Francis leads an ordinary public consistory for the conclusion of sainthood causes at the Vatican July 19. The pope announced he would canonize seven news saints Oct. 14. Among those to be canonized are Blessed Paul VI, Blessed Oscar Romero and Blessed Nunzio Sulprizio, an Italian teenager. (CNS/Vatican Media)

Pope Francis added an Italian teenager to the list of people he will formally recognize as saints Oct. 14 during the monthlong meeting of the world Synod of Bishops on young people.

An uncle took him under his guardianship and had the young boy work for him in his blacksmith shop. However, the work was too strenuous for a boy his age and he developed a problem in his leg, which became gangrenous.

A military colonel took care of Sulprizio, who was eventually hospitalized in Naples. The young teen faced tremendous pain with patience and serenity and offered up his sufferings to God.

During the ceremony, Paul had said, "Nunzio Sulprizio will tell you that the period of youth should not be considered the age of free passions, of inevitable falls, of invincible crises, of decadent pessimism, of harmful selfishness. Rather, he will rather tell you how being young is a grace."

Together with Paul and Romero, Sulprizio will be canonized along with: Father Francesco Spinelli of Italy, founder of the Sisters Adorers of the Blessed Sacrament; Father Vincenzo Romano, who worked with the poor of Naples, Italy, until his death in 1831; Mother Catherine Kasper, the German founder of the religious congregation, the Poor Handmaids of Jesus Christ; and Nazaria Ignacia March Mesa, the Spanish founder of the Congregation of the Missionary Crusaders of the Church.

The Oct. 14 date for the canonizations had already been announced during an ordinary public consistory in mid-May.