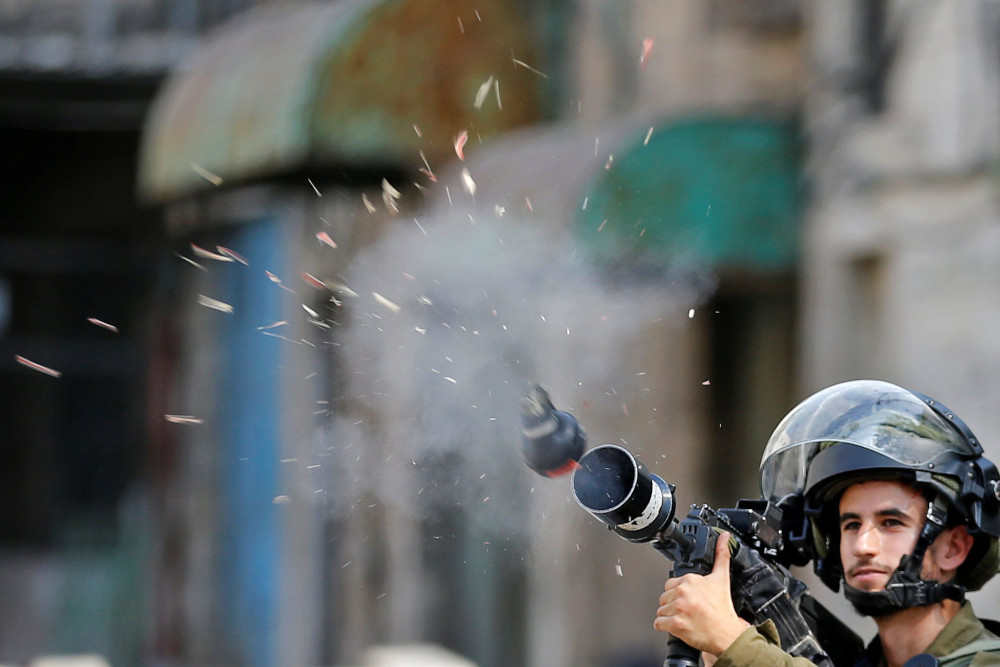 The world needs to rethink personal security and move away from the idea that complex weapons systems can protect people, said speakers at a Vatican-led webinar.

"We need to rethink our concept of security, placing human beings at the center," Izumi Nakamitsu, U.N. high representative for disarmament affairs, told viewers during the program developed by the Vatican's Dicastery for Integral Human Development.

The U.N. estimates that the pandemic has erased six years of development in poor countries, with women bearing the bulk of the cost, Nakamitsu said in the webinar's opening session.

Despite the cease-fire proposal, she said, violent conflicts have continued, while spending on armaments has increased, and a new arms race is developing as more complex weapons systems are sought worldwide.

"This is the opposite of where our efforts should be going," Nakamitsu said.

Drawing on pleas early in the pandemic from U.N. Secretary-General António Guterres — and soon after echoed by Pope Francis — for a global cease-fire so a coordinated worldwide response to COVID-19 could occur, participants in the March 23 event stressed that it is time to prioritize vital human needs over the limited interests of violent conflict.

Cardinal Pietro Parolin, Vatican secretary of state, recalled the words of Pope Francis in the 2020 encyclical "Fratelli Tutti, on Fraternity and Social Friendship," explaining how people must recognize the importance of their bonds as brothers and sisters on a planet fraught with poverty, inequality, illness and hunger.

The diplomat urged the adoption of mutual respect, trust and confidence to build a truly secure world rather than one dependent on destructive weapons.

The webinar explored myriad efforts underway to reduce the production and distribution of conventional, chemical, biological and nuclear weapons.

The most ambitious — a treaty calling for the gradual dismantling of all weapons systems with the goal of full disarmament — has been proposed by the Strategic Concept for the Removal of Arms and Proliferation, or SCRAP, at SOAS University of London. SCRAP collaborated with the dicastery in developing the webinar.

Dan Plesch, SCRAP director, said the program can provide the tools to achieve peace through integral disarmament that Pope Francis writes about in "Fratelli Tutti."

Warning that local conflicts and the threat of war are escalating and that suffering among women and children is tolerated, Plesch said time has come to adopt a mechanism to achieve disarmament so that the $2 trillion spent annually on weapons can be allocated for the common good.

The treaty as drafted, he explained, includes verification procedures to promote confidence and trust in arms control protocols to "achieve a soft landing from the present race into a literal dead end."

Greet Vanaerschot, secretary-general of Pax Christi International, joined the webinar from Brussels to describe how members teach nonviolent conflict resolution to young people in Congo, where conflict over minerals and natural resources has been ongoing for decades.

"Students learn about the effectiveness of nonviolence and are rethinking political security. In geography, they study globalization with the view of global supply and interdependence," Vanaerschot explained.

At PAX in the Netherlands, which has ties with Pax Christi International, engagement with investment bankers has long been underway to end financing of weapons makers.

Susi Snyder, program lead in the nuclear weapons project of PAX, described the Don't Bank on the Bomb campaign to promote divestment in weapons-related industries, especially corporations involved in the manufacturing of nuclear weapons.

She said the outreach to investors has highlighted the Treaty on the Prohibition of Nuclear Weapons, which came into force in January after being ratified by 50 governments. The Vatican was the first entity to ratify the treaty soon after it was passed at the U.N. in 2017.

One long-standing encounter, Snyder said, led a U.S. manufacturer to end production of cluster munitions, which scatter over a broad area when dropped and pose particular danger to civilians.

"Our experiences show that working with the financial sector as allies in creating change can work. But in doing so, we have to be really clear, really direct. No financial institution wants the bad publicity being known as in investor in something designed to destroy cities," she said.

In Africa, the Symposium of Episcopal Conferences of Africa and Madagascar is supporting the Silencing the Guns program of the African Union. Launched early in 2020, the program is working to achieve a conflict-free Africa, prevent genocide and rid the continent of wars, violent conflicts and human rights violations.

Fr. Jean Germain Rajoelison, deputy secretary general for SECAM's Justice, Peace and Development Commission, explained that the importance of ending violent conflicts can only be addressed by ending the proliferation of weapons, including small arms, throughout Africa.

SECAM has called on heads of state to work toward disarmament by promoting dialogue over violence so that the lives of vulnerable people are protected as long as the pandemic exists and beyond.

With fewer conflicts, the integral development of people as envisioned by Pope Francis can occur, Rajoelison said.

He called for peace education to be integrated widely among people of all ages.

"We have to be very much concerned that the capacity today to kill is much bigger and will grow in the future. The worst aspect of this growing capacity is that killing can be an automated procedure," Jurkovic said.

He warned that new weapons are being developed for use against civilian populations rather than military forces.

"The military can survive almost any attack. The worst thing is that cities that are bombed cannot survive," he explained.

"We have to do everything to be sure that the worst war that human beings have ever fought is already behind us," the archbishop continued. "That anything we are going to face in the future is going to be at least mitigated by a growing of human conscience, a better conviction that we are the same human family and that we are going to be defeated if there is anybody going to war."