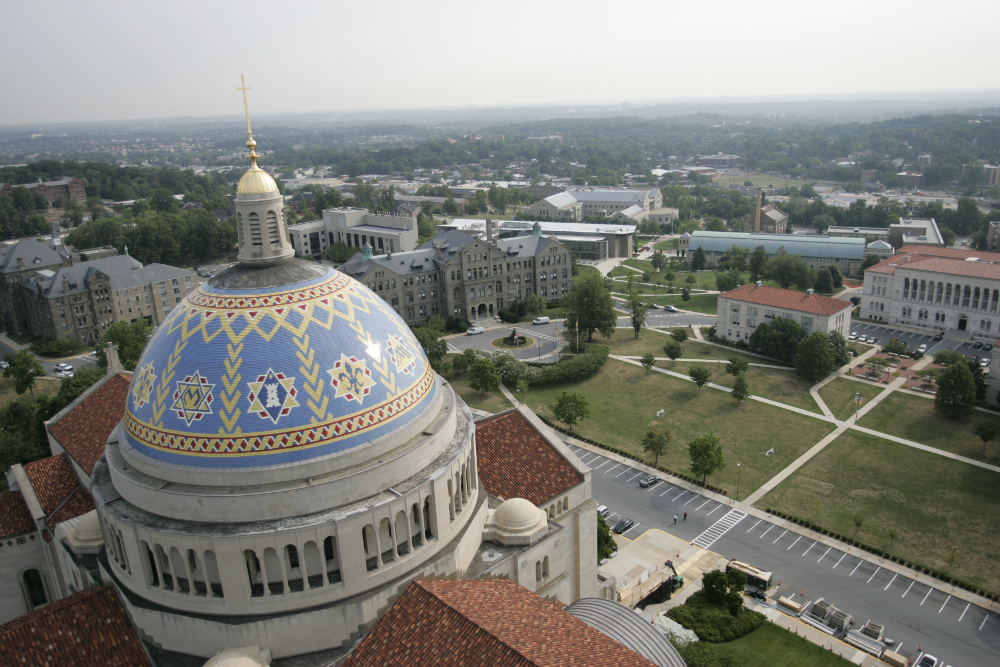 Catholic university programs in philosophy, theology and canon law — especially those designed for future priests — must be marked by fidelity to church tradition, academic rigor and an awareness of the challenges to belief in the modern world, Pope Francis said.

In the apostolic constitution Veritatis Gaudium ("The Joy of Truth"), the pope issued revised norms for what are known as "ecclesiastical universities and faculties" — those that grant Vatican-recognized degrees, which are necessary for teaching most philosophy, theology and canon law courses in seminaries and pontifical universities.

Cardinal Giuseppe Versaldi, prefect of the Congregation for Catholic Education, presented the document to the press Jan. 29 at the Vatican, saying it "indicates the meaning and, more specifically, the basic criteria for a renewal and relaunching of the contribution of ecclesiastical studies to a missionary church that 'goes forth.' "

Pope Francis wrote in the new constitution that it was time "to promote with thoughtful and prophetic determination the renewal of ecclesiastical studies at every level, as part of the new phase of the church's mission, marked by witness to the joy born of encountering Jesus and proclaiming his Gospel."

A key motivation, he said, was to find ways to respond positively to the call of the Second Vatican Council "to overcome this divorce between theology and pastoral care, between faith and life."

The study of theology, Pope Francis wrote, "is fruitful only if it is done with an open mind and on one's knees," so it must be based both on sound academic investigation and a deep faith.

A missionary approach to Catholic philosophy, theology and canon law studies, he said, must take into account the "social and cultural meditation on the Gospel undertaken by the people of God in different continental areas and in dialogue with diverse cultures," as well as modern scientific discoveries, modern challenges to human life and dignity and threats to the environment.

"Theology must doubtless be rooted and grounded in sacred Scripture and in the living tradition," the pope wrote, "but for this very reason it must simultaneously accompany cultural and social processes and, particularly, difficult transitions."

Only when those who teach in the church's name know its tradition, love its faith and understand the modern world will they be able to engage in "creative apologetics" that help people see how the responses to their deepest desires can be fulfilled by faith in Christ, the pope wrote.

The new constitution, he said, does not replace or change the apostolic constitution, Ex Corde Ecclesiae, which provides more general norms for the world's 1,365 Catholic colleges and universities, except for the ecclesiastical faculties of theology, philosophy or canon law that may be part of those universities.

However, he said, he hoped the new document would inspire all Catholic universities to ensure their theology departments "are not left in a corner by themselves," but are actively in dialogue and wrestling with the questions posed by other university departments, especially as regards Catholic social teaching.

The archbishop also said the new constitution, for the first time, makes provisions for those pursuing ecclesiastical degrees to complete a portion of their studies online and, recognizing the reality of the migration phenomenon, provides guidance for evaluating the studies completed previously by migrants who do not have the documentation to prove they successfully completed some of their studies.

Unlike Sapientia Christiana, the new constitution foresees the possibility of an ecclesiastical faculty including a professor or professors from other Christian churches or other religions, he said. The document insists, though, that they not teach students in the "first cycle," the initial years of study.

The first cycle, Zani said, is designed to provide students with a foundation in Catholic philosophy, Scripture and Catholic theology. Once that foundation is laid, he said, "it is a great gift to be able to have the expertise and knowledge" of professors who respect the Catholic Church but have studied the Christian community or religion to which they belong.

The archbishop pointed to Rome's Pontifical Institute for Arabic and Islamic Studies where, he said, it would make little sense not to offer students a chance to learn from and dialogue with professors who have studied Islam from the inside.

Many of the articles in the new constitution are taken directly from Sapientia Christiana, including the regulation that from ecclesiastical faculties "honorary doctorates are not to be conferred except with the consent of the chancellor, who, having listened to the opinion of the university or faculty council, has obtained the nihil obstat of the Holy See."