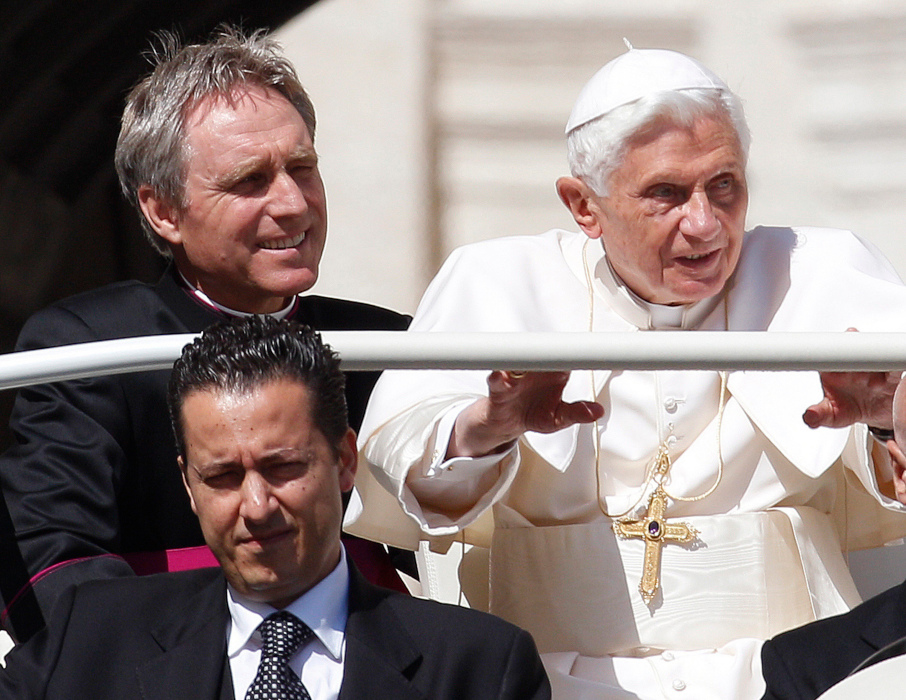 Paolo Gabriele, the Vatican butler who was convicted of stealing and leaking Pope Benedict XVI's private papers in 2012, has died. He was 54.

Gabriele's case kicked off the first of two "Vatileaks" scandals, exposing the internal tumult and turf wars in the Holy See and allegations of corruption and wrongdoing at the highest levels of the Catholic Church.

Gabriele was arrested in May 2012 after Vatican police found what they called an "enormous" stash of papal documents in his Vatican City apartment that he had stolen from the papal apartments.

Gabriele told Vatican investigators he had given the documents to Italian journalist Gianluigi Nuzzi because he thought Benedict wasn't being informed of the "evil and corruption" in the Vatican and thought that exposing it publicly would put the church back on the right track.

He was convicted of aggravated theft by a Vatican tribunal and served a few months of his 18-month sentence in the Vatican police barracks before Benedict pardoned him at Christmas 2012.

The Gabriele scandal was believed to have played at least a small part in Benedict's eventual decision to resign as pope two months later. In its obituary notice Nov. 24, Vatican News noted that Gabriele had been a member of the Pontifical Family, the small, tight-knit circle of people who surround the pope, and his betrayal was sorely felt.

After he was freed, Gabriele went to work for the Vatican's pediatric hospital.

He is survived by a wife and three children.