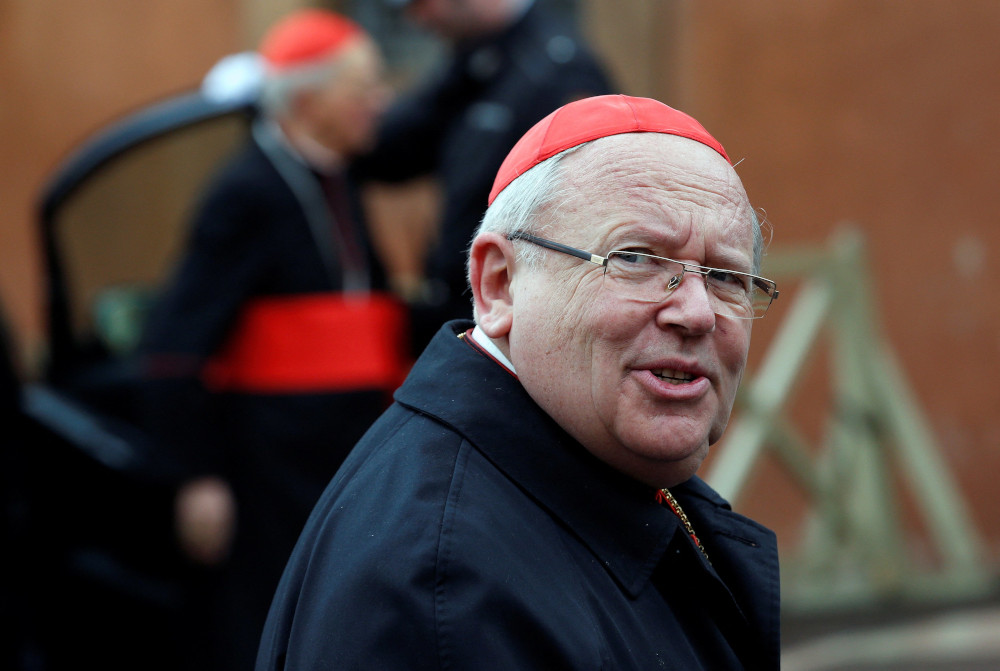 French Cardinal Jean-Pierre Ricard of Bordeaux is pictured in a 2013 photo at the Vatican. The Vatican will begin an investigation of Cardinal Ricard, who admitted in a public letter that he had abused a 14-year-old girl 35 years ago. (CNS photo/Alessandro Bianchi, Reuters)

The Vatican has decided to open an investigation into French Cardinal Jean-Pierre Ricard, the retired archbishop of Bordeaux, who admitted in a public letter that he had abused a 14-year-old girl 35 years ago.

"As a result of the elements that have emerged in the last few days and the statement made by the cardinal, in order to complete the examination of what happened, it has been decided to initiate an 'investigatio praevia,'" or preliminary investigation, Matteo Bruni, director of the Vatican press office, said Nov. 11.

Bruni would not say if the decision was made by Pope Francis, although because the case involves a cardinal who is a member of Vatican dicasteries and who, at 78, is still eligible to participate in a conclave, people familiar with the workings of the Vatican assume the pope had to agree.

The person "best suited" to conduct the investigation "with the necessary autonomy, impartiality and experience is now being evaluated, also in view of the fact that the French judicial authorities have an open file on the case," Bruni said.

The Vatican's customary practice, he said, would be to wait until the French civil authorities have closed their case to begin any kind of canonical procedure, in which case the Vatican could request documentation from the judicial authorities to use in their process as well.

During the French bishops' fall meeting in Lourdes Nov. 7, Archbishop Eric de Moulins-Beaufort of Reims, president of the bishops' conference, read a letter from Ricard admitting to the abuse.

Later, the archbishop said he had been informed in February of Ricard's past and that he had been in communication with the victim, who did not want to be identified publicly.

The Marseille public prosecutor's office also heard of the allegations before Ricard's letter was read; it opened an investigation of Ricard on suspected "aggravated sexual assault" in late October.

In his letter, Ricard had admitted to engaging in "reprehensible" conduct against the girl when he was a priest, and he said his behavior "has necessarily caused serious and lasting consequences for this person."