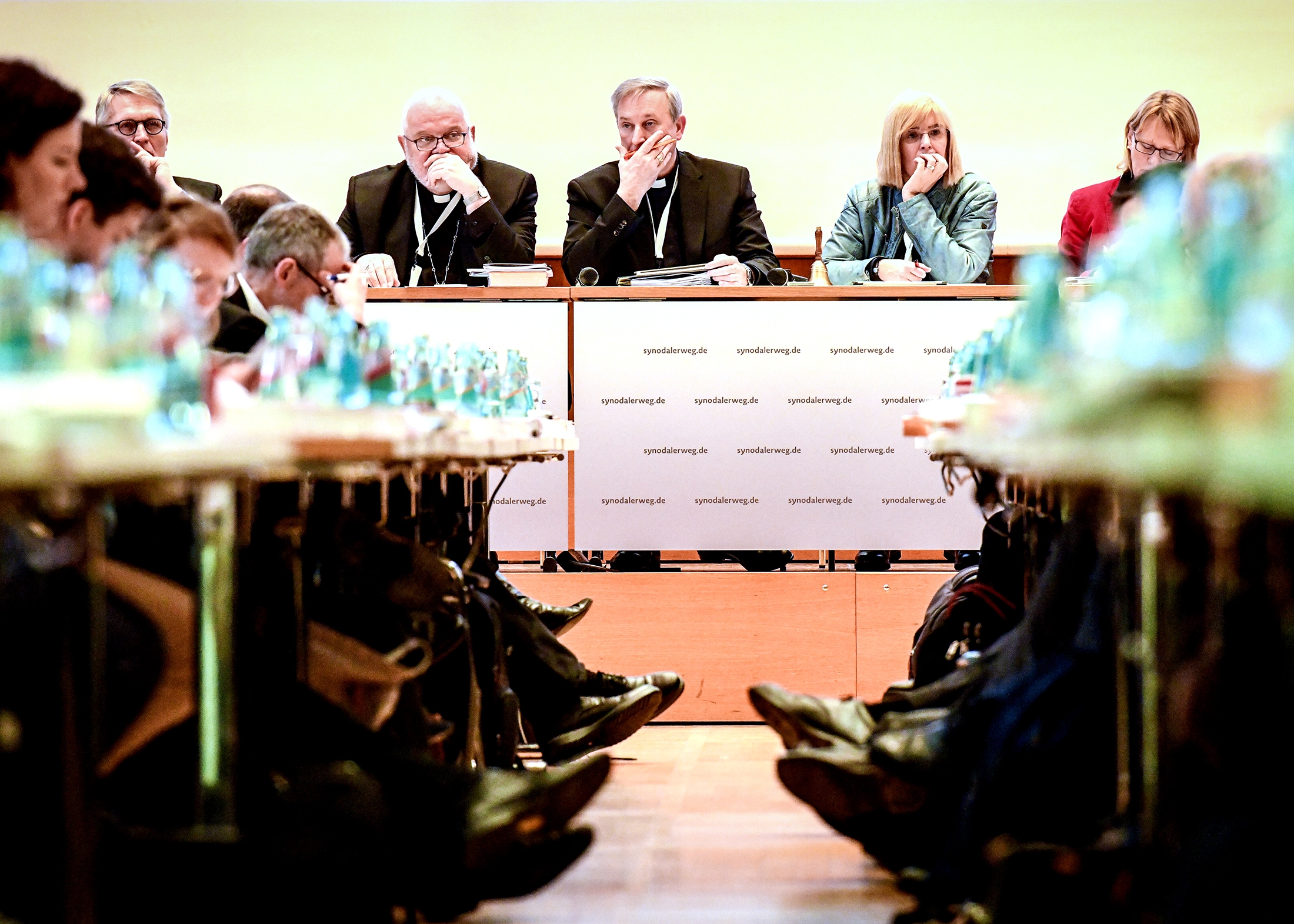 Pope Francis has received a remarkably long list of guests from Germany in recent weeks, more than from any other country, which is remarkable especially considering restrictions on visits caused by the ongoing pandemic.

There appears to be a need to talk. In recent years there have been bitter disputes not just between "Rome and Germany" but also within the German church: the Vatican's statement on communion for mixed-faith married couples, the Synodal Path reform project and the pope’s "Letter to the Pilgrim People of God in Germany."

Then came the Vatican's instruction on parish reform in July in which Rome defined clear boundaries for the merger of parishes and the participation of non-priests in their management. That was followed in September by a statement from the Vatican's Congregation for the Doctrine of the Faith rejecting the idea of mutual invitations to take part in the Catholic Eucharist and the Protestant Lord's Supper.

The German guests are unlikely to have visited the pope just to discuss these issues. But the disagreements are bound to have featured prominently in discussions.

Asked about the substance of the various conversations, the standard answer from visitors was that "it was a private discussion." But it's clear that many in the Vatican are worried about relations with the church in Germany. Even the left-wing Italian newspaper La Repubblica voiced concern Oct. 17 about the looming "schism" with Germany. 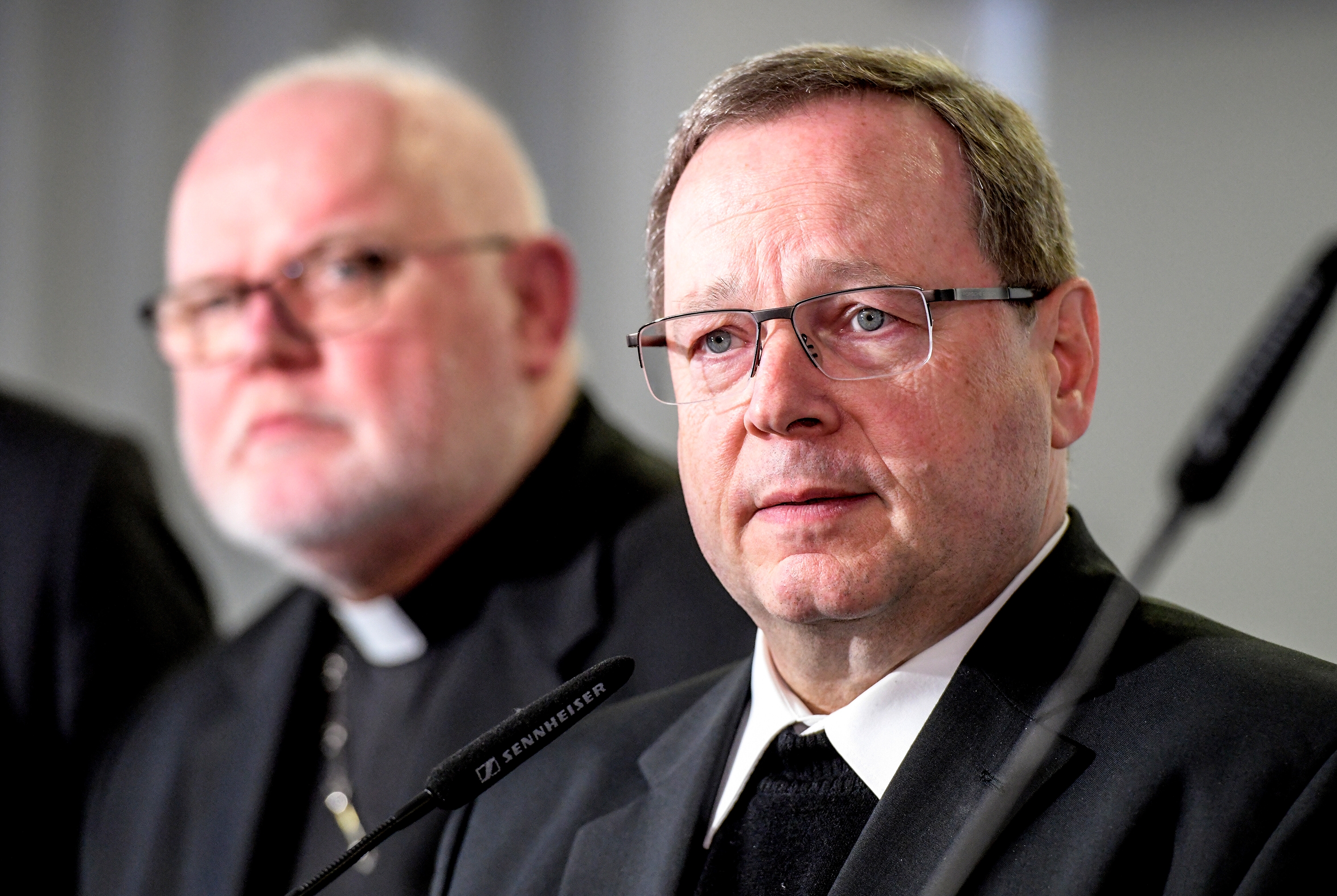 Limburg Bishop Georg Batzing speaks during a March 3, 2020, news conference in Mainz after being elected as the new president of the German bishops' conference. Bishop Batzing, regarded as an advocate of reforms in the Catholic Church, succeeded Cardinal Reinhard Marx, pictured at left. (CNS/KNA/Harald Oppitz)

Augsburg Bishop Bertram Meier met the pope on Sept. 10 for his inaugural visit. He spent 10 years in the Vatican Secretariat of State earlier in his career, so he is familiar with the mindset of the Roman Curia. Shortly after his appointment in late January, he said that he saw one of his tasks as mediating between the church in Germany and the Vatican.

Hildesheim Bishop Heiner Wilmer is also likely to have had mediation in mind when he visited Francis Oct. 13. Like Meier, the former Superior General of the congregation of the Priests of the Sacred Heart of Jesus in Rome speaks fluent Italian and is well-versed in the workings of the universal church. Reports said Wilmer had been expressly asked to mediate.

Cardinal Reinhard Marx has visited Rome twice this month as coordinator of Vatican's Council for the Economy and as a member of the Council of Cardinals. Francis and Marx aren't alike in character but the pope is said to appreciate Marx’s directness — a common trait in the latter’s native region of Westphalia in western Germany and one which is less pronounced in Italy. The pope has recently confirmed Marx in both his Vatican posts.

The former bishop of Fulda, Heinz-Josef Algermissen, met the pope briefly last week on the side-lines of a general audience. But that was enough for him to report back that the pope is worried.

Then, in a visit that came as something of a surprise, the former German head of state, Christian Wulff, met Francis in his capacity as president of the Deutschlandstiftung Integration (DSI) foundation. He discussed European integration issues with Francis but also said that he as a Catholic wanted "to give the pope a sense of the mood in the Catholic Church in Germany and to promote the Synodal Path."

Francis responded by referring to his letter to German Catholics and calling for continued dialogue. However, this 19-page letter, written personally by Francis in Spanish in the summer of 2019, was not well received in Germany. Publicly, all sides said they felt their stance had been confirmed by the pope. Later, some bishops and other Catholics voiced criticism of it and said they felt misunderstood. 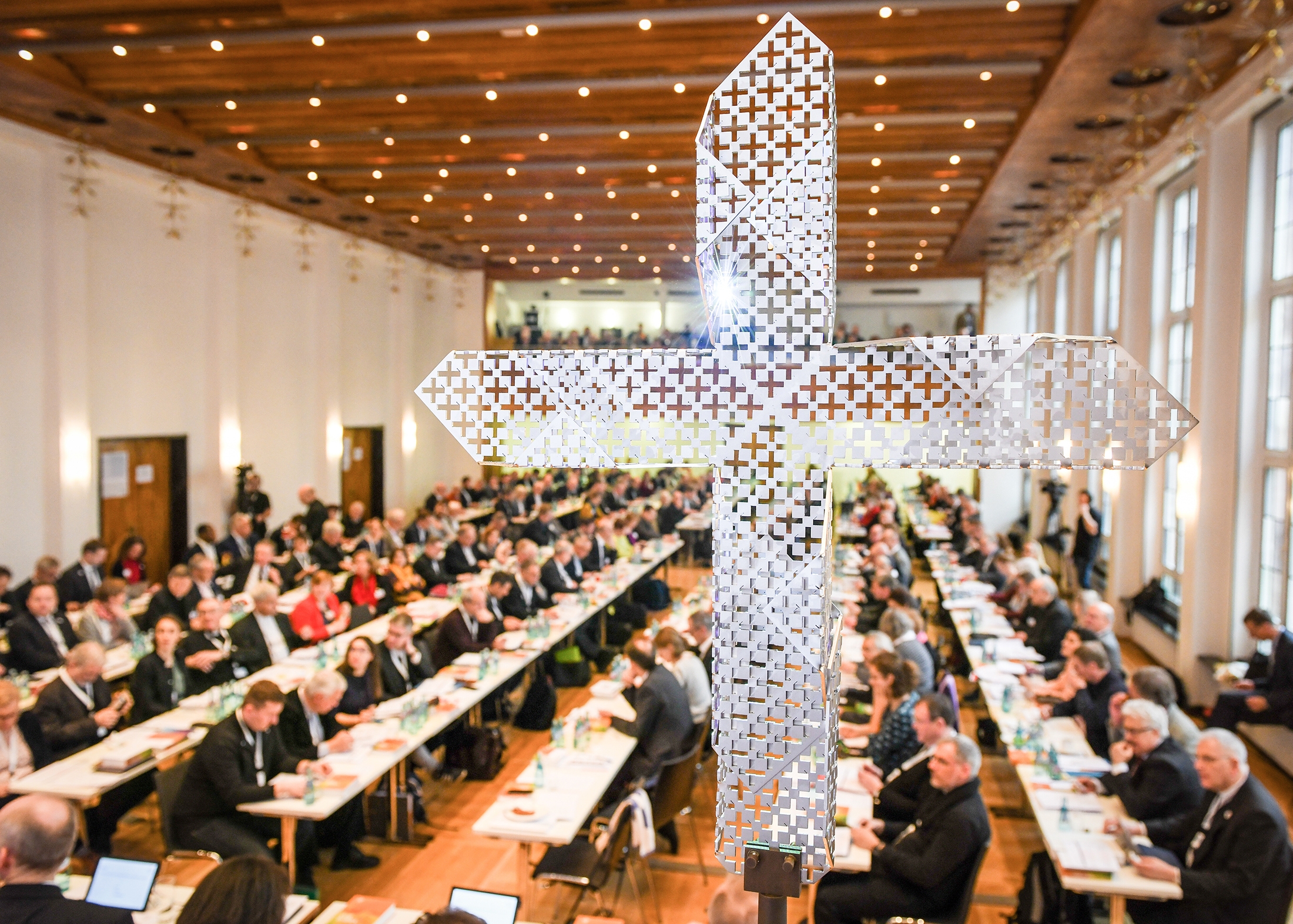 Some in Germany regard the Argentinian pope as a kind of cha-cha-cha dancer in the way he steps forward and back. But Francis and many in the Curia often find the Germans too brisk, too focused on themselves and too lecturing. They suspect that the Germans think they know best.

Francis, a Jesuit, is sensitive in that regard because he not only analyses reform proposals per se, but also assesses the spirit in which they are put forward and the language in which they are formulated. And he doesn’t like it at all if someone – whether conservative or progressive – wants to force decisions through. He probably gets that feeling with some initiatives put forward by the church in Germany.

People accustomed to thinking along fundamental lines and brought up in a stricter "Prussian" mindset find it hard to grasp the Latin American’s tendency to allow some things to be carried out differently in different areas, not to insist on everything being officially regulated, and to allow (apparent) contradictions to exist side by side. It is this difference in mentality and culture between "Francis and the Germans" that probably warrants further mediation beyond any theological differences of opinion.

Maybe Archbishop Nikola Eterovic, the Vatican's ambassador to Germany, spoke about that too with Francis. But they may also have discussed the channels through which letters are passed from Rome to Germany.

Copies of the latest one at least, addressed to Bishop Georg Baetzing, the president of the German Bishops’ Conference, appear to have also gone to other bishops at the same time — as well as to a newspaper. The Vatican's Congregation for the Doctrine of the Faith itself had refused to publish the letter, saying it had been addressed only to Baetzing.