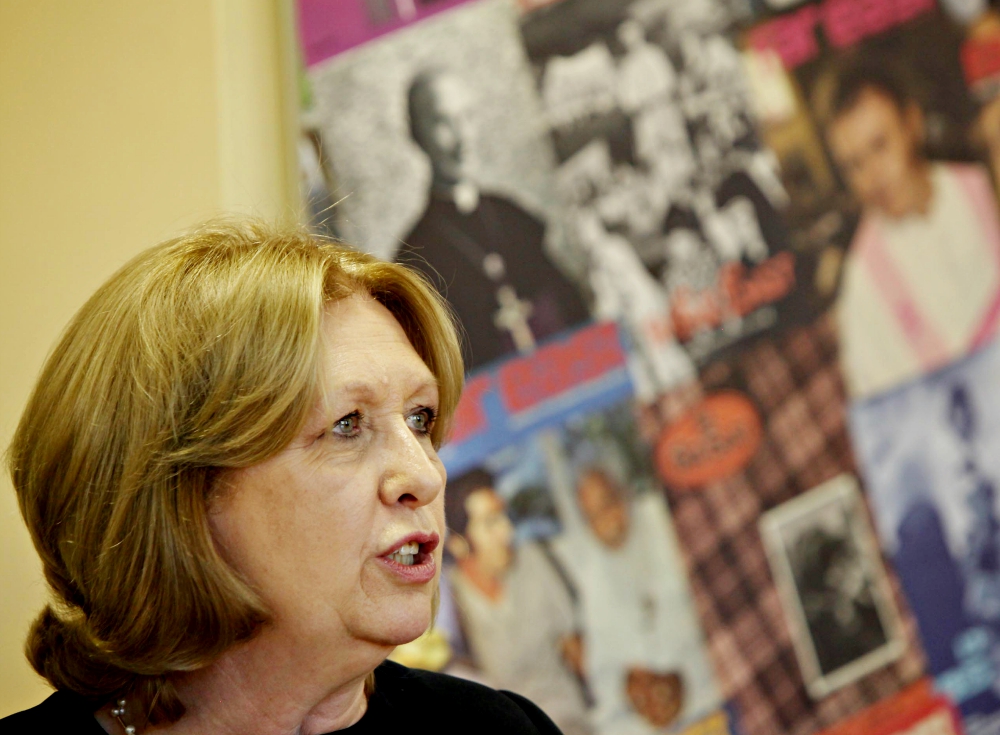 Pope Francis' appointment of Italian journalist Paolo Ruffini as the first layperson to head a Vatican department on July 5 has been welcomed by Voices of Faith, a group promoting women's leadership in the church.

A spokesperson for the international network of Catholic women described the decision to appoint the 62-year-old Italian journalist as prefect of the Dicastery for Communication as a "precedent."

"It opens the door for laypersons of both genders to lead Vatican entities," Chantal Götz told NCR.

But she added, "It is also an opportunity missed."

She said that women need to be leading dicasteries and councils because that is where decisions are made. "Actions or implementations are now expected if the Vatican is serious about women in leadership positions," she said.

Francis reportedly said in a June interview with Reuters, "I don't have any problem naming a woman as the head of a dicastery." But he said it is difficult to find the right candidates and convince curial officials to accept women to leadership positions.

Götz, managing director of Voices of Faith, believes there are many women with excellent qualifications for such roles. The question is "Why is the Vatican not finding them?", she said.

She made her comments in the wake of a statement by Voices of Faith calling on Francis and the Vatican to adopt sustainable human resources policies that have been shown to jumpstart change, facilitate transparency and ensure accountability.

Voices of Faith has invited the Vatican to adopt open, merit-based and transparent hiring practices that work for business, government and other major institutions.

"We call on the Vatican to publicly announce any vacancies, openly list required qualifications for vacant positions and implement transparent selection and hiring policies," the group said.

The second step in the Voices of Faith proposal concerns a workplace gender equality policy. The organization wants the Vatican to design and implement policies and procedures that safeguard equal opportunities and remove barriers for women's employment at the Vatican. Anti-discrimination training for all Vatican employees would be part of these procedures.

The third step relates to monitoring and evaluation progress by measuring key indicators and Voices of Faith wants the results to be made public.

"We believe that the efforts of Pope Francis and other top Vatican officials will impact only if a top-level official is given the necessary authority to lead, monitor and report on the progress of this process," Götz said.

While the first-ever appointment of women as consultors to the Congregation for the Doctrine of Faith in April and as undersecretaries in the Dicastery for Laity, Family and Life is a hopeful sign, Voices of Faith is concerned about the "very slow path of change" and the male-dominated environments that these women will be part of.

'Let's be honest, these three steps would be minimum standards in most governmental or business organizations.'

"Some view the three concrete steps proposed by Voices of Faith to bring Vatican employment practices up-to-date as radical, but let's be honest, these three steps would be minimum standards in most governmental or business organizations," Götz said. "Many Catholic dioceses around the world operate with such standards in place, so why shouldn´t we expect the headquarters of the church to implement them? The Vatican standard should be higher, not lower than everywhere else."

In an interview with the Irish bishops' pastoral and liturgical magazine, Intercom, Cardinal Kevin Farrell spoke about Francis' appointment of the three women as consultors at the Congregation for the Doctrine of the Faith — the "powerhouse" of the Vatican.

"Francis, unnoticed, has gradually been putting women into positions of power," said Farrell, who is prefect of the Dicastery for Laity, Family and Life.

The pope, he added, realizes that the Roman Curia is "overloaded with clerics, and it shouldn't be like that." But Farrell also stressed that administration is different from ordination.

"Do we want to turn them into clerics? We don't. The ordination of women is truly not a solution for the church because if you just ordain women you will just isolate them, if you continue the system, if you don't change the structures," he said.

However, former Irish President Mary McAleese is not so impressed. In a public interview with The Irish Times June 29 in Dalgan Park, Ireland, as part of a celebration to mark the centenary of the Missionary Society of St. Columban, she described Francis as "a disappointment in relation to women."

"He is no different to any other pope on women," said McAleese, who is a canon lawyer. "A few more appointments ... increased visibility, not voice. And they're not going anywhere."

McAleese said, "The arguments posited against women and priesthood are ultimately untenable." She recalled writing to Pope John Paul II about his 1994 apostolic letter Ordinatio Sacerdotalis, which ruled out women's ordination and any discussion of the matter.

"I had great difficulty with it when it was first articulated," she said. "I wrote to John Paul and I said I can't accept this. I appreciate I am probably going to be out of communion with the church now but I simply will not teach my children this."

She said she received "a lovely letter back from a secretary who said that the pope wanted to assure me that I was not out of communion and that provided I could accept that this was the teaching of the church, as opposed to accepting the teaching, then he was happy enough. I thought it was very Jesuitical and that is how I managed to continue."

Such flexibility on an issue that has seen some priests censured for their support for women's ordination may surprise some. Pragmatism on women priests was the focus of discussions in June at the International Church Reform Network conference in Pezinok, near Bratislava, Slovakia.

A gathering of international priest associations and lay reform organizations, the conference highlighted the experience of the underground church in what was formerly Czechoslovakia in the communist era. A number of people who were priests or bishops during that time attended the conference to relate their experiences.

Rose-Milavec described the opportunity to meet Spiner as "an especially poignant moment" as it gave them some understanding of "the rich and often violent history of repression he and so many other Catholics suffered under a totalitarian regime." It also exposed the official church's determination to suppress those who had ensured its survival through the underground church because they raised uncomfortable questions.

'Our work today is to bring the underground parts of our church, those that are kept silent, into the light.'

The Vatican was aware of the underground church in Czechoslovakia under the communist regime and recognized the consecration of Davidek, who went on to ordain women. It seems the hierarchy countenanced these women priests due to the adversity of the circumstances.

For Davidek, ordaining women was a pastoral response to provide the sacraments to the people of God. His own imprisonment made him aware that women in prisons were denied the sacraments. Women priests could bring the sacraments where men, even clandestinely ordained priests, were not permitted.

McElwee explained how, with the collapse of communism in Czechoslovakia following the Velvet Revolution in 1989, the institutional church moved to hush up the existence of these women priests.

"The women who were ordained and served their communities were dismissed and ignored by the institutional church," she said. "The only name that is widely known is Ludmila Javorova, a woman ordained in 1970 by Bishop Felix Maria Davidek. But even today, the others stay silent about their underground ordinations."

"Those ordained in the underground church are part of a living history of courageous women who took great risks to live their faith. It is no surprise that the Vatican has attempted to erase women from the story," McElwee added. "But we know — and these women know — what happened to them was valid. The continued silencing and fear that these women experience is familiar to many Catholic women today who are dismissed, discredited or silenced for advocating for equality or living their priestly vocations."

"Our work today is to bring the underground parts of our church, those that are kept silent, into the light," McElwee said. "The Catholic Church must confront its own participation in systems of oppression."

A version of this story appeared in the July 27-Aug 9, 2018 print issue under the headline: Voices of Faith pushes for reform in Vatican hiring.