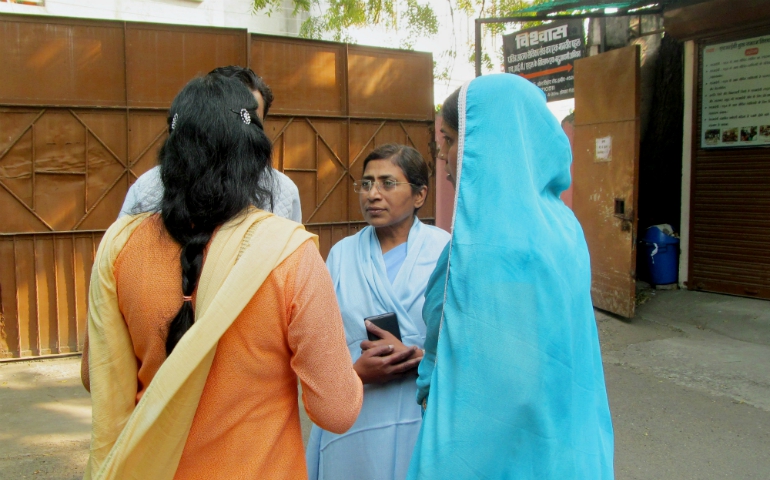 Nehal Patel used to shy away from people with HIV/AIDS who visit a care center that shares space on her high school campus, but now she is no longer afraid to sit near them and exchange pleasantries.

"I could not have imagined doing this some years ago, as I thought it was dangerous even to go near an HIV person," said the Hindu teenager, who completed 12th grade last spring in a Catholic school in central India.

Patel, 17, credits the change in her attitude to the Sisters of the Holy Spirit, who run St. Raphael's Higher Secondary School in Indore. The congregation also manages Vishwas (meaning "trust"), a medical and counseling support center for people living with HIV/AIDS. It operates from a corner of the school campus.

"When I saw sisters, volunteers and workers in Vishwas interacting freely with HIV patients, I realized the disease did not spread the way I thought," Patel told Global Sisters Report. Those with the virus "are like us and have every right to live in society," she asserted.

Such gradual change in popular perception about HIV/AIDS is one of the achievements of Vishwas, says Sr. Jaisa Antony, founder of the center, which was opened in 2003. In the past 15 years, she says, it has helped more than 5,000 people with HIV lead normal lives.