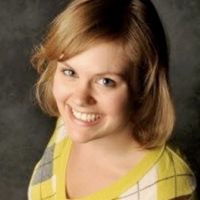 Emily McFarlan Miller is an award-winning freelance journalist and social media consultant based in Chicago. Most recently, she managed social media for the Chicago Sun-Times, winning first place for the newspaper's social media presence and second place for her own from the Illinois Associated Press Media Editors Association. Previously, she was the education reporter at The Courier-News, then the Sun-Times publication in Elgin, Illinois. Her writing has appeared in RELEVANT magazine, The Washington Post's Acts of Faith, The Boston Globe's Crux, Religion News Service and other publications.

In addition to her work in journalism, she recently became president of Hope for the First Nations and is studying for a master's degree in intercultural studies through the North American Institute for Indigenous Theological Studies at George Fox Evangelical Seminary in Portland, Oregon. Connect with her at emmillerwrites.com.

What's on pastors' minds? It's not religious liberty

'What Do You Believe Now?' Film follows up with millennials 17 years later

Explainer: Trump and the politics of the Messiah

'A celebration for the whole church': Lutheran women reflect on 50 years of ordination