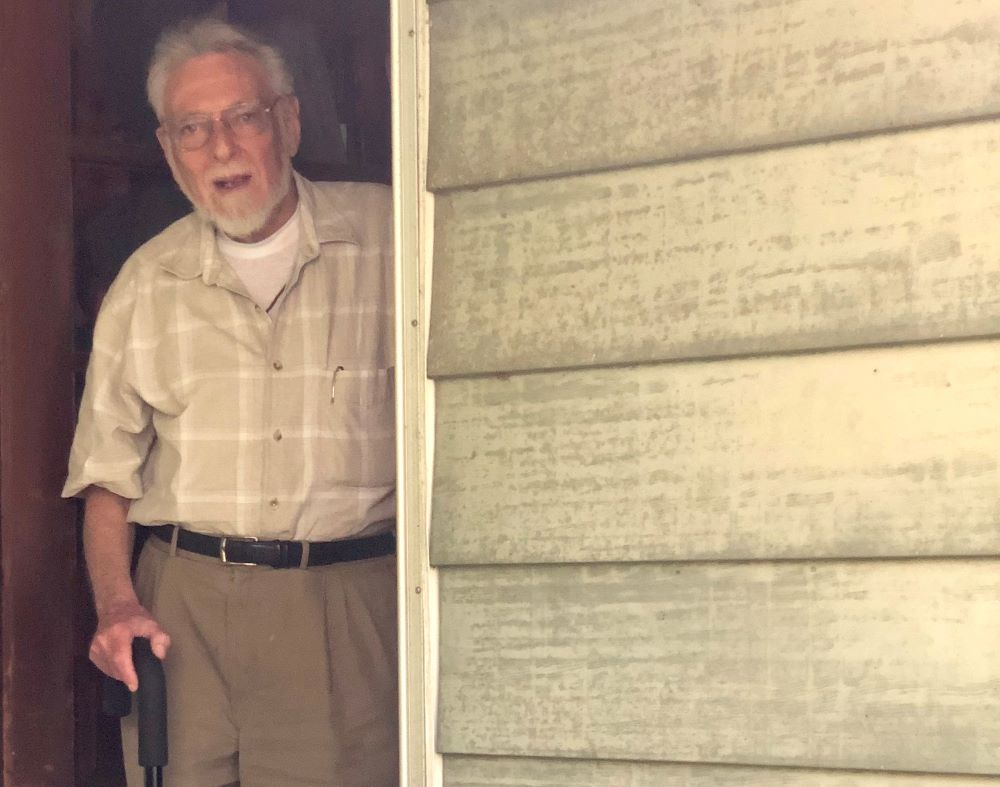 Tom Cornell, who was introduced to the Catholic Worker movement in 1953, is shown at the Peter Maurin Farm in Marlboro, New York, in June 2019. Cornell died Aug. 1 at age 88. (Courtesy of Robert Ellsberg)

Tom Cornell, whose actions and writings through more than six decades brought Christian nonviolence and war resistance to the forefront of Catholic life, died peacefully Aug. 1, his two grown children at his bedside and wife, Monica, nearby, at the Peter Maurin Farm in Marlboro, New York. He was 88.

Like Dorothy Day, co-founder of the Catholic Worker movement, Cornell valued a mix of traditional Catholicism with radical activism and dated his involvement with the movement to 1953. It was then, as an unsettled college student, he stumbled across the then newly published book, The Long Loneliness, Day's autobiography. He quickly became enamored with Day and her mission.

Cornell attended a Friday night discernment at the New York Catholic Worker house and heard Day speak. "She had me," Cornell would tell friends, said longtime friend Michael Baxter, a theologian who teaches Catholic studies at Regis University in Denver.

'He embraced the logic of Gospel nonviolence at a time when that was considered quasi-heretical.'
—Robert Ellsberg

Cornell organized what some believe was the first public demonstration against U.S. involvement in Vietnam in July 1963. It was a demonstration outside the apartment of the U.N. Observer from Vietnam. At first just two people marched: Cornell and fellow protester Christopher Kearns. They walked up and down the sidewalk, holding a placard that said: "The Catholic Worker protests U.S. support of Diem tyranny." Cornell called around to many peace organizations in New York City, and invited people to join them on the last day of the protest. After nine days, 250 people showed up.

Cornell was part of the first group to burn draft cards in 1965, for which he eventually served six months at the federal prison in Danbury, Connecticut.

That was just the beginning for Cornell of years of counseling young men who tied Catholic nonviolence teachings with personal conscience as the basis for their moral objections to war. Resources for these young Catholics were few. Cornell and Jim Forest, who co-founded the Catholic Peace Fellowship, set out to change that.

Baxter recalled that Cornell liked to say: "We don't counsel conscientious objection, non-cooperation, resistance, interference with the Selective Service or anything else. We counsel young men."

Said Baxter: "In the context of the Catholic Church's rapidly evolving teaching on nonviolence and conscientious objection to war, Cornell brought that teaching to many by means of teaching at parish talks, weekend workshops, national conferences; but most of all he brought that teaching to the level of practical action. Tom was active and central to the Catholic peace movement well before it had widespread credibility in the Church at large." 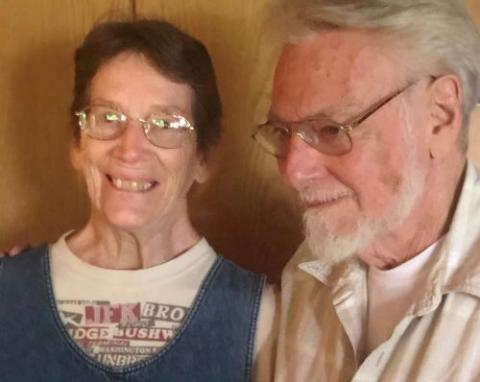 Tom and Monica Cornell at the Catholic Worker Farm in Marlboro, New York, in June 2019 (Courtesy of Robert Ellsberg)

In 1967, Cornell signed a public statement declaring his intention to refuse to pay income taxes in protest against the Vietnam war. Later, he became a sponsor of the War Tax Resistance project, which advocated tax refusal to protest war.

He was program director of Fellowship of Reconciliation, an interfaith peace organization, 1965-1979.

Cornell was one of about a dozen people at the July 1972 meeting known as the "Pax Christi Affiliation Discussion," which gave birth to Pax Christi USA. Cornell also served as one of Pax Christi USA/s first National Council members beginning in 1976, and has been a speaker, mentor and guide to numerous Pax Christi USA members, regions and local groups for many years. Cornell was named a Pax Christi USA Ambassador of Peace in 2021 for his contributions.

"All of Pax Christi USA mourn the loss of Tom Cornell. His wit and wisdom, his prophetic edge and challenging witness have been gifts to the Catholic peace and justice movement for over half a century," stated Johnny Zokovitch, Pax Christi USA executive director. "I had the opportunity to speak with Tom and share his company a handful of times and always came away from those times invigorated by his spirit and more deeply rooted because of his critiques of society and government, but also the Church and our own movement."

Following Dorothy Day’s death in 1980, Cornell began to lobby for her canonization, eventually serving on the executive committee of the Dorothy Day Guild, founded in 2005 in the New York Archdiocese, to advance her canonization cause.

Cornell studied to become a deacon in the New York Archdiocese and was ordained in 1988.

"He embraced the logic of Gospel nonviolence at a time when that was considered quasi-heretical," said Robert Ellsberg, editor-in-chief and publisher of Orbis Books. "In the spirit of the Catholic Worker … he embraced a life of hospitality, voluntary poverty, care for the earth, and peacemaking." Ellsberg said that Cornell lived "a modest, and yet deeply consequential life." Ellsberg, Forest and Cornell edited A Penny a Copy: Readings from the Catholic Worker in 1995.

Asked to describe the Catholic Worker movement, Cornell once wrote it was a society, in tune with the teachings of the Sermon on the Mount and Catholic teachings "that would have no place for economic exploitation or war, for racial, gender or religious discrimination, but would be marked by a cooperative social order without extremes of wealth and poverty and a nonviolent approach to legitimate defense and conflict resolution."

It was through the Catholic Worker movement that Cornell met his future wife, Monica Ribar, the daughter of Catholic Worker activists. They married in 1964, spending much of their married life on the Peter Maurin Farm, about 70 miles north of New York City, a house of hospitality for the formerly homeless and for men recovering from addiction or living with physical or mental challenges.

"He will be missed greatly as a living link to those pathbreaking days of speaking peace in times of war — Cold War, Vietnam War, nuclear war, war on terror — and for we who were privileged to know him closely, as good and faithful friend," Baxter said. "At the risk of mistaking the grammar, for he was a Latinist, we can fairly say, 'Requiescat in pace.' "

A version of this story appeared in the Aug 19-Sept 1, 2022 print issue under the headline: Tom Cornell, Catholic Worker stalwart and Christian nonviolence writer, dies.