To say that Samuel Gregg’s new book “Tea Party Catholic” is a bad book is a bit like saying Liberace was flamboyant. The adjectives are apt, to be sure, but somehow inadequate. Regular readers will recall that I reviewed Gregg’s previous book, Becoming Europe,” which you can find by clicking here. That book, too, was more agitprop than scholarship, and the Acton Institute, where Gregg serves as Research Director, seems determined to be to capitalism what Pravda was to Marxism.

The problems with “Tea Party Catholic” begin in the very first sentence of the Introduction: “To say that the past thirteen years have been especially challenging for the Catholic Church in America is surely an understatement.” Is it an understatement?  Compared to what? Were the last thirteen years “especially challenging” compared to, say, the 1920s when the Ku Klux Klan engaged in anti-Catholic violence, Planned Parenthood grew, and Al Smith lost in a landslide? Compared to the antebellum era when a convent was burned in Charlestown, Massachusetts and anti-Catholic riots overtook Philadelphia? To the post-Civil War era, when groups like the YMCA and the Temperance Societies were formed with the specific intent of marginalizing Catholic cultural influences.

By page 9, Gregg is repeating the theologically deficient, and politically untenable, line about “the Church’s non-negotiable teachings on moral issues such as abortion and same-sex marriage.” On page 15, he insists that “There is no Catholic teaching which tells us that, for example, the government’s share of has to be 23 or 27 or 50 percent, or that the upper tax rate cannot be anything other than 50 or 10 or 79 percent of gross annual income, or that fiat money must always be preferred to the gold standard.” Of course, common sense tells us much about that last item. And, Catholic teaching has rather a lot to say about the government share of and the tax rate: Catholic teaching asks how this decision will affect the poor and commands that the decision be taken with a view towards alleviating their sufferings.

On page 18, the prospect of “socialized medicine,” a favorite canard of the right wing in America, is raised, although the Affordable Care Act only really deals with insurance, not medicine, and creating a new market where private companies vie for business, with no provision for a government-run insurance plan, is a strange thing to label “socialized.” On page 20, we are told that economic and religious liberty are “indivisible” although I can think of a dozen countries off the top of my head that permit more of one while restricting the other. All this propaganda and we have not even left the Introduction. I confess, it took me a long time to read this book because one can only submit oneself to such highly concentrated nonsense in small doses.

When Gregg turns his pen to history, the results are intellectually sloppy in the extreme. He opens his first chapter with a quote from the Third Plenary Council of Baltimore which he dates at 1893, although the Third Plenary Council of Baltimore was actually held in 1884.  Perhaps a typo. More problematically, he writes, “One construal of the American Founding that remains extremely influential is that the American Revolution and subsequent political settlement were primarily shaped and driven by various intellectual impulses associated with eighteenth-century Enlightenment thinking.” He acknowledges that there is “much truth to this particular narrative” but insists “there was also a religious dimension to the American Founding.” Well, yes, in colonial America, religion was in the intellectual oxygen. But, it has been 35 years since serious historians have grappled with the multiple, sometimes conflicting, intellectual impulses at work during that period, and much scholarship has focused on the specifically anti-Catholic ferment of much of the “religious dimension” Gregg seems to think will rescue the Founding from being a secular affair. He does not footnote Bernard Bailyn, or Patricia Bonomi, or Pauline Meier, or Rosie Zagarri, or the dozens upon dozens of scholars of that period whose work is well known. No, he jumps to a 1986 document from the Congregation for the Doctrine of the Faith to direct his interpretation of what is, first, a question of historiography, and a complicated one at that. Gregg, sadly, is allergic to complications.

When Gregg turns to his hero Charles Carroll of Carrollton, his focus does not became less fuzzy. After discussing Carroll’s unique perspective as the only Catholic signer of the Declaration, and the long tradition of Catholic teaching on the limits of government, Gregg observes, “The limits of state power vis-a-vis the rights of individuals and communities were central to the events leading to and following the American Revolution.”  Of course, Charles Carroll of Carrollton was a slave owner. Gregg writes, “And, it must be said, like many others Americans of the time, a portion of Carroll’s assets consisted of slaves.” It must be said, but this fact alone requires more than being said. It requires analysis. It should certainly raise a red flag against what Gregg seems to be trying to do, which is make the argument that because Carroll spoke about freedom and the Tea Party speaks about freedom, then Carroll was a proto-Tea Partyer. Words and ideas live in a historical context, and even as they transcend that context, they are shaped by it. Gregg’s use of the ugly noun “assets” to describe human beings is telling: Whether Gregg finds himself in the 18th century or the 21st century, he seems utterly unaware of the coercive nature of economic power, and how that can infringe on the liberty of some people, be they considered “assets” or not.

Gregg’s grasp of 19th and 20th century American history is no better. He writes, “Unhappily, the connection between business, economic freedom, and human flourishing has never been especially obvious for some Catholic Americans. Despite the long and honorable history of American Catholics in business, many American Catholics (especially intellectuals who have imbibed all the academy’s longstanding prejudices against business) remain somewhat suspicious of private enterprise and the market economy more generally.” My 19th century immigrant forebears were suspicious of the rich, and of the economic system that protected their property rights while denying their workers’ rights, and it was not because of anything they learned at college. Their suspicions were rooted in the fact that there was not a lot of “human flourishing” for them in the social Darwinism of laissez-faire capitalism. The grinding poverty in which so many American Catholics lived is the reason the benefits of economic freedom were not “especially obvious” to them.

Subtlety, complexity, sophistication, these are not evident in these pages. Gregg sees the world, always, in binary choices, actually, one binary choice, “state power” or “the rights of individuals and communities.” We are always living in laissez-faire Heaven or on the Road to Serfdom. Setting aside the fact that the rights of individuals and the rights of communities are not the same thing, although both can easily and frequently be threatened by economic power, there is a one word answer to this faux-binary choice and Gregg’s perennial preference for individual rights at all times and in all circumstances: Lincoln. He used a great deal of “state power,” some of it extra-constitutional, to eradicate slavery. Was he wrong? Did he “socialize” citizenry?

N.B. I am in Kansas City today meeting with the rest of the editorial family. So, the timing of posts is late, and I apologize. Also, unsure how many links I will get to put up today. 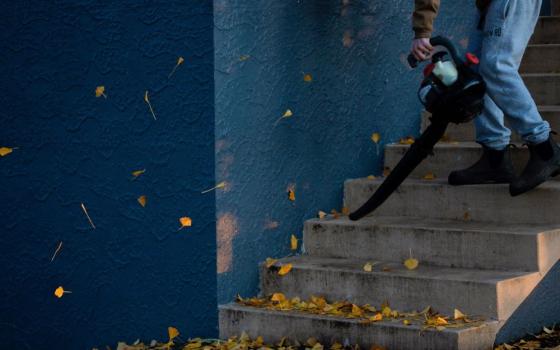 Beat swords into plowshares and leaf blowers into rakes