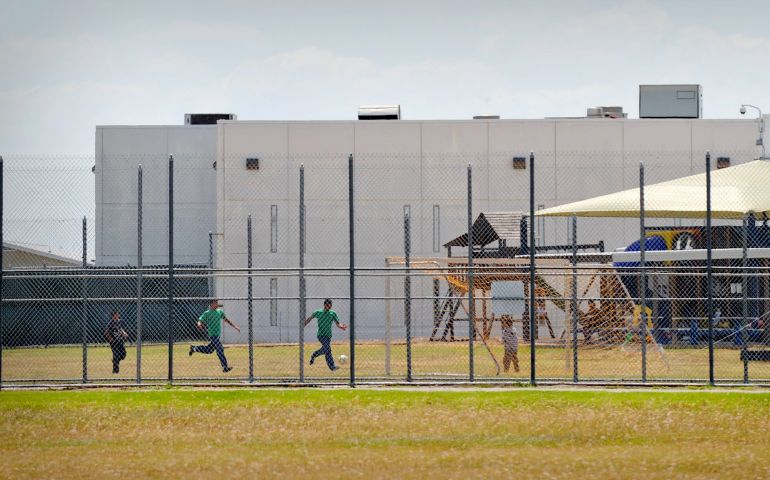 In the discussions of President Donald Trump's Jan. 25 executive order dealing with people coming across the border from Mexico, most of the focus has been on the proposed wall and who would pay for it. In fact, there is a bigger problem in his order — extending the expedited removal process to cover people apprehended anywhere in the United States who have been in the country for up to two years.

The wall has gotten a lot of attention in the media because it is visual and there is a very public fight between Trump and the Mexican president over who will pay for it. While building a wall across the entire border between the United States and Mexico would be a huge waste of money, there is nothing intrinsically wrong with a wall or other physical barriers at the border.

Expanding the expedited removal process, however, is of great concern and will cause serious problems for asylum seekers because the current process is a failure even before it is expanded.

Excepted from expedited removal under the law are people asking for asylum because of fear of persecution or violence if they are returned to their country. Some of these asylum seekers are fleeing political or religious persecution, while others are fleeing gangs, terrorists or others who want to do them violence. Under the law, asylum seekers must be allowed to stay while their claims are reviewed.

This exception is necessary because refugees fleeing persecution or violence are the very people likely not to have proper documentation because they had to leave their country quickly or secretly to avoid harm.

The problem is that the law protecting asylum seekers is too often ignored, according to a report by the U.S. Commission on International Religious Freedom (USCIRF). There are problems at every stage of the review process and expanding it to deal with more people, as is done in the executive order, will simply further strain a dysfunctional system.

How are asylum seekers supposed to be handled when they cross the border?

People crossing the border are met by Customs and Border Protection agents who, before repatriating anyone to their county, are supposed to inform them of their right to asylum and ask them if they have a fear of returning to their country. If people without proper documents express a fear of returning, then they are supposed to be passed on to the U.S. Citizenship and Immigration Service, which has trained personnel whose job it is to determine if the claim is credible. If they judge the claim to be credible, then the asylum seeker has the right to a judicial hearing.

USCIRF found problems at the very first stage of this process. Often people were not informed of their right to seek asylum, and even if they expressed fear of returning, Customs and Border Protection agents too often turned them away because the agents judged their fears not credible.

Customs and Border Protection agents are often skeptical of people's claims to fear of persecution and violence on their return. They believe that people are only coming across the border for economic reasons. For example, many agents doubt that any Mexican has a legitimate fear of returning to Mexico. And one Customs and Border Protection supervisor was skeptical of the claims of Chinese Christians because they could not name the church they attended. The supervisor was unaware that many Chinese Protestants worship in house churches that do not have names.

In any case, under the law, it is not the job of Customs and Border Protection agents to determine whether a fear is credible or not; that is the job of the U.S. Citizenship and Immigration Service. Yet Customs and Border Protection's own internal guidance to its officials improperly included guidance on how to determine credible fear. Agents are responsible for determining whether a fear exists, not whether it is credible. If agents exceed their authority and start determining whether the fear is credible, then they are violating the law.

Even when Customs and Border Protection agents pass on asylum seekers to U.S. Citizenship and Immigration Service, often the written records of their interviews are incomplete or inaccurate. This can be very detrimental to asylum seekers later in the review process when these reports are thought to be accurate and complete.

Once Citizenship and Immigration Service agents learn that a fear exists, they are supposed to hand the asylum seeker over to U.S. Immigration and Customs Service (ICE), which can detain them or release them while they await a hearing.

Sadly, USCIRF also found problems for asylum seekers at this stage of the process. In most cases, asylum seekers, who are not criminals, are housed in prison-like conditions with restrictions on their freedom and little privacy. Detention of children and families is especially problematic, with ICE not following the legal requirements for child detention as required by the 1997 legal settlement known as the Flores Agreement.

Most of these detainees could be paroled while they wait for their day in court. Alternative-to-detention programs have been found to have high rates of compliance and are much cheaper and more humane than incarceration.

The judicial hearing is the final stage of the process where the asylum seeker appears before a judge. Problems can occur here if the paperwork is incomplete or inaccurate, as mentioned earlier. Also problematic is the underfunding of this stage so that currently there are 100,000 families and even more individuals waiting to see an immigration judge. Congress should increase funding for more immigration judges.

Customs and Border Protection also needs a dedicated group of specially trained and non-uniformed agents to interview women and children. Most of these special agents should be women to whom the women and children can more easily tell their stories of abuse, violence and even rape.

ICE should also take greater advantage of alternative-to-detention programs, rather than keeping asylum seekers in penal conditions as if they were criminals. If children must be detained, they should be held in facilities that meet the standards of the Flores Agreement.

To expand the expedited removal process before these problems are fixed would be devastating to asylum seekers. The government needs to look at the recommendations from USCIRF for improving the process and implement them as soon as possible. If this is not done, more asylum seekers will be returned to their countries where they will suffer persecution and violence.

As US immigration policy changes, so does work of Catholic agencies