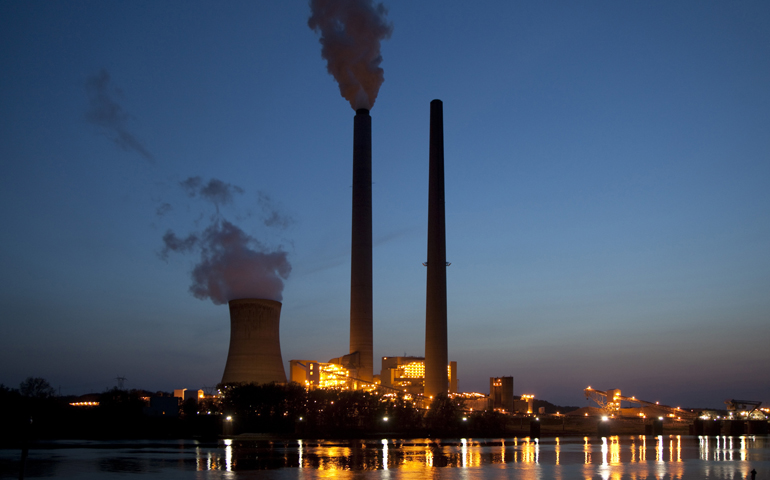 "Can we remain indifferent before the problems associated with such realities as climate change ... loss of productivity in vast agricultural areas, the pollution of rivers and aquifers, the loss of biodiversity, the increase of natural catastrophes and the deforestation of equatorial and tropical regions?"

In his 2010 World Day of Peace message, "If You Want to Cultivate Peace, Protect Creation," Pope Emeritus Benedict XVI wrote that "it would be irresponsible not to take seriously" the signs of a growing environmental crisis.

The earth indeed is getting hotter. It's not a liberal hoax.

According to NASA, January 2000 to December 2009 was the hottest decade on record. And "ninety-seven percent of climate scientists agree that climate-warming trends over the past century are very likely due to human activities."

In a study titled "Climate Change 2013: The Physical Science Basis," the highly authoritative United Nations Intergovernmental Panel on Climate Change reports that it is "extremely likely that human influence has been the dominant cause of the observed [global] warming since the mid-20th century."

According to new findings by the World Meteorological Organization, concentrations of greenhouse gases, including carbon dioxide -- the major cause of global warming -- increased at their fastest rate in 2013 than in any year since 1984.

And in a study by the nongovernmental organization Germanwatch, the U.S. is the second largest emitter of carbon dioxide.

To underscore the critical importance for world leaders to robustly respond to the climate changing dangers already beginning to affect the earth and humanity, the U.N. on Sept. 23 will host "Climate Summit 2014."

With all of the solid scientific evidence validating climate change and global warming, I was wondering why this summer has felt cooler than normal where I live in Maryland.

Brenda Ekwurzel, senior climate scientist for the Union of Concerned Scientists, explained to me that the continued, relatively faster warming of the Arctic region is causing shifts in the jet stream pattern, which in turn leads to more unusual weather in the Northern Hemisphere.

She said during the first half of the year, the same jet stream that has been bringing mostly cooler weather to the eastern United States has caused hot drought conditions along the West Coast.

While too much water will plague many, countless others will suffer from not having enough.

According to the U.N. Framework Convention on Climate Change, "Over the next decades, it is predicted that billions of people, particularly those in developing countries, face shortages of water and food and greater risks to health and life as a result of climate change. Concerted global action is needed to enable developing countries to adapt to the effects of climate change that are happening now and will worsen in the future. "

We need to quickly move toward and heavily invest in clean, safe and renewable alternative sources of energy, like wind, solar and geothermal.

Pope Benedict writes: "In a word, concern for the environment calls for a broad global vision of the world; a responsible common effort to move beyond approaches based on selfish nationalistic interests towards a vision constantly open to the needs of all peoples."