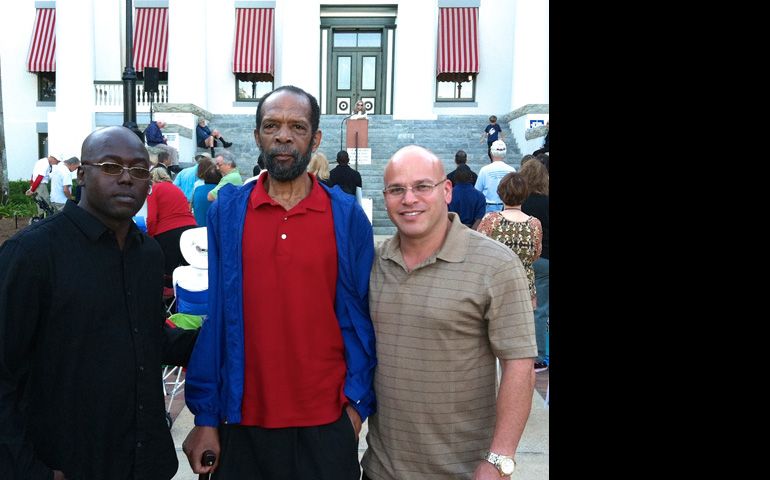 Tallahassee, Fla. — David Keaton, 63, the first man in the U.S. to be exonerated from death row, died July 3 in Florida. Keaton was one of the Quincy Five, a group of young, black men that lived in Quincy, Fla., a small town west of Tallahassee. The five men were arrested for the murder of a Leon County Sheriff at a Tallahassee convenience store. Their arrests led to protests in Quincy and Tallahassee from those who believed the young men to be innocent.

Through coerced confessions and false eyewitness testimonies, Keaton was put on trial, and sentenced to death in May 1971, at age 18. None of the evidence added up until a Tallahassee private investigator found ballistic and fingerprint evidence leading to the overturning of Keaton's and the other's convictions. Three men from Jacksonville were arrested and convicted of the murder leading to Keaton's exoneration.

When he was finally released in 1979, Keaton, who was never compensated from the state of Florida for his false imprisonment, went on to become a founder of Witness to Innocence, an organization made up of exonerated men and women from death row. After his exoneration, he appeared before the Florida Cabinet, and had his voting rights restored.

A movie about the Quincy Five, called "Exonerated," was released in 2005. Keaton was played by Danny Glover.

At this writing, 154 prisoners have been exonerated from death row based on solid evidence; 25 of those are from Florida, the highest number in the nation. Since 1979, when Florida restarted executions, 90 prisoners have been put to death by electric chair or lethal injection. This number means nearly one in four death row sentences have been overturned. There are still nearly 400 prisoners awaiting execution on Florida's death row. Florida is the only state that does not require a unanimous jury vote to recommend a death sentence.

"David was not clear on much of what transpired at his trial and sentencing,” said Floridians for Alternatives to the Death Penalty executive director Mark Elliott. “He said he was traumatized and numbed by the process. He knew he was innocent and thought the system would not convict an innocent man. The state kept no record of the jury vote for death. I asked Dave what the jury vote was and he said all he remembered was the judge saying he would be put to death. He said the judges words overshadowed everything else that happened."

In 2002, Keaton along with three other exonerated death row prisoners, and 80 other marchers, led a march from Florida State Prison in Raiford, to the governor's office in Tallahassee, to deliver 20,000 petitions asking Gov. Jeb Bush, a Catholic, to call a "Time Out on Executions." Bush was out campaigning for re-election at the time.

Keaton was described as a gentle and stoic devout Christian. He lived a simple life, working as a landscaper and tree trimmer until he was injured and needed a wheelchair. He often spoke with students about his experience and encouraged them to complete their education. A poet, and singer of gospel music, he worked to overturn the death penalty as long as he was physically able.

Executions are down and abolition may not be far behind