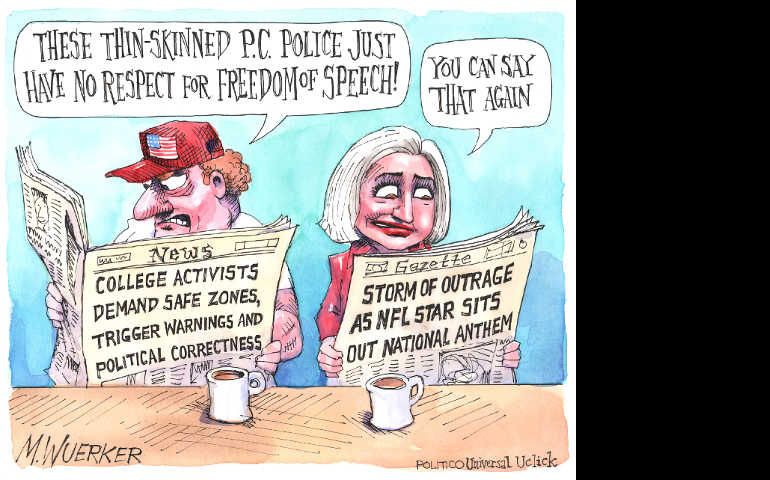 U.S. Muslim reflects on 9/11 and his lonely fight against extremism

A great video to watch: Non-white voters will make up 31% of the total electorate in 2016, a record high. The New Deciders The segmenat on Black Millennials was waaaaay fascinating.

Election 2016: A growing number of Republicans think he can defeat Hillary Clinton. But they worry his campaign's ground game is a disaster.

Election 2016: Commentary -- Is Tide Going Out on Hillary? By Patrick Buchanan

Jennifer Mertens writes: I wanted to make the pope's call to environmental stewardship engaging for my high school students -- so we investigated our own trash. My 48,180-pound trash pile

US Catholic bishops mark Sept. 9 day of prayer for peace

Ballarat, Australia -- Bishop Rodney Mulkearns died in April aged 85 and left almost his entire estate to the Catholic diocese of Ballarat, including a $2-million house. The diocese today confirmed the proceeds of the estate would go to the victims of child sexual abuse.

Las Cruces, New Mexico -- Bishop Cantú explains the Catholic Church's moral teachings about migration. The Right to Migrate or Not to Migrate Text and audio.

Legionaires of Christ in the Holy Land: Mary Magdalene and the search for redemption on the Sea of Galilee NCR reported on this story in 2014: