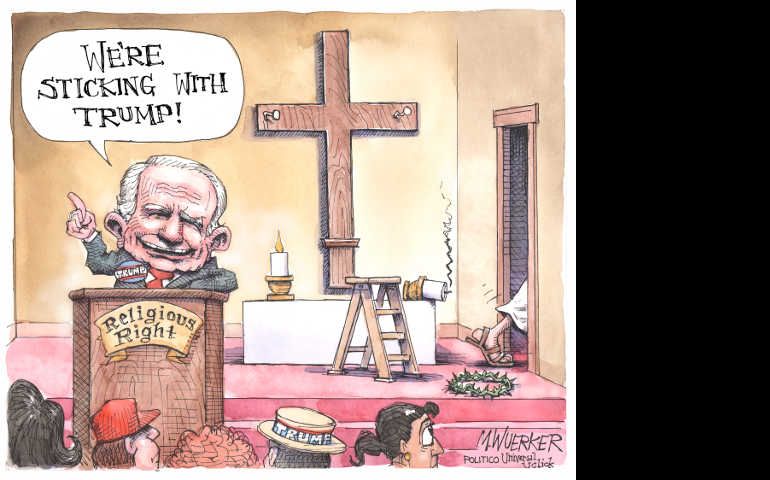 The Al Smith Dinner: How An Awkward Charity Dinner Summed Up the 2016 Campaign and they raised $6 million for New York Catholic Charities. And some more about the dinner. It was tense even before they started.

Election 2016: Commonweal Editorial -- "What the Catholic Church has long taught about each individual’s civic and political duties is an invaluable resource in the battle against those who seek to delegitimize liberal democracy." Our Duties As Catholics & Citizens

Election 2016: Who is Evan McMullin? Could he be our next president? Third party candidate generating sparks, if not a forest fire

Election 2016: To prepare for the election, here are some questions I'd like to wrestle with over the next two weeks, before Nov. 8.Election poses questions of conscience

A new report finds that anti-Semitic death threats have increased significantly during this election cycle. The Tide of Hate Directed Against Jewish Journalists

Sisters' wellspring in Vietnam: Domincan sisters are making use of purification equipment to provide clean water to people who struggle in Vietnam, a place where wells are often polluted or dry.

Raleigh, North Carolina -- The leader of the Moral Mondays movement talks about leading in the public square. William J. Barber II: We have to dare to preach the gospel

Jerusalem -- Two weeks ago, a small group of Israeli women set off on a protest march to Jerusalem from northern Israel to demand that the Israeli government restart a peace process with the Palestinians.

Columbia, Mo. -- A Lutheran church here has challenged a Missouri decision denying a grant to its preschool, which sought to replace the gravel on its playground with softer, safer material. To Missouri Attorney General Chris Koster, a candidate for governor, the case is about an unequivocal section in the state constitution that prevents tax dollars from being used to aid religious groups. Trinity Lutheran of Columbia v. Pauley could mean recasting America’s legal stance on the separation of church and state

Q & A with Sr. Bridget Tighe: Bringing health care to people in the Gaza Strip

Philippine President embraces China. Duterte's split with the US? Not so fast, say Philippines officials

Journey Into America: the challenge of Islam