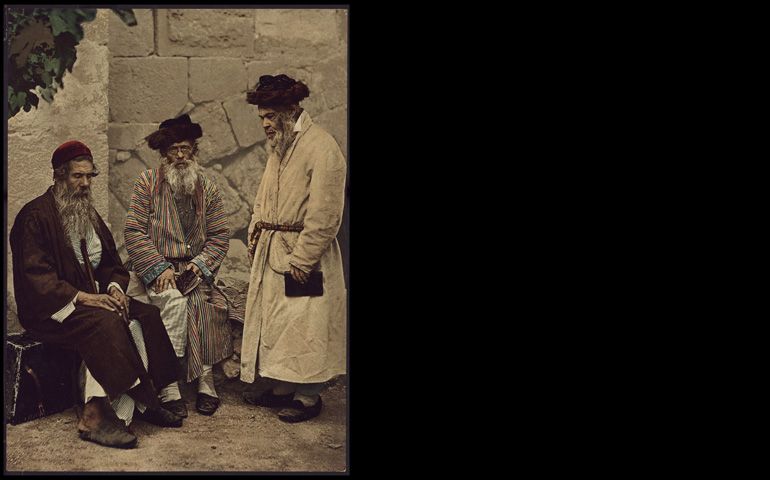 The comprehensive and compact docudrama "1913: Seeds of Conflict" reveals little-known facts that conflated to become what writer/director Ben Loeterman proposes as the root causes for today's ongoing conflict between Israel and Palestine.

Almost half a million Muslims, 60,000 Christians and 20,000 Sephardic Jews lived together peacefully enough in the years before World War I, when Palestine was part of the Ottoman Empire and ruled by Ottoman law. Then, with the assassination of the Russian Czar Alexander II in 1881, things began to change ever so slowly, and few people were paying attention.

Problems soon arose: Jews tried to take possession of land they had paid for and for which they held legal title, but Arabs protested that they had always lived on the land and didn't grasp the legalities of the situation. Other struggles surfaced when Jews who were socialist and Marxist arrived and began buying more land, farming and creating collectives that resulted in what historians call a Zionist land grab designed by Arthur Ruppin, a German Jew who had a vision for a Jewish homeland.

Khalil Sakakini, a rising Arab leader, protested to the Ottoman parliament in Turkey. But as long as Jews paid their taxes, the government was not concerned. Then came World War I.

The film includes a discussion of the millet system for Greek Orthodox, Armenian and Jewish people that allowed the diverse cultures in Palestine to be absorbed into the Ottoman administrative system. It also focuses on the rising nationalism and the construction of national identities that transformed the world before 1914, when World War I broke out.

These are just a few details that Loeterman reveals in his fascinating documentary, which tries very hard not to assign blame but to look at the history and culture of all sides of the conflict that continues to drive unrest in the what Jews, Christians and Muslims all call the Holy Land. Numerous historians contribute to the film. One of the most interesting techniques Loeterman uses to frame his story are clips that come from an early film depicting Jewish life in Palestine. All of the words the actors speak come from original historical documents.

"1913: Seeds of Conflict" is a typical docudrama in almost every way, and it has a point of view: It obviously seeks to provide common ground for understanding. How well it does this will be up to an informed and invested audience.

The West Bank is on the verge of explosion

The Calvary of the Middle East church