A new understanding of the apostle Paul 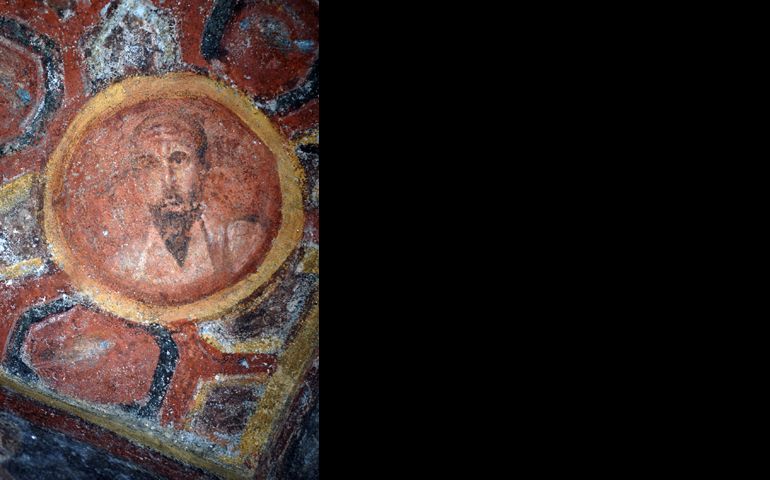 A fourth-century image of St. Paul the Apostle on the walls of the Santa Thecla catacomb beneath Rome. Vatican archeologists say the image is the oldest in existence. (CNS/Reuters/Pontifical Commission for Sacred Archeology)

Although many, if not most, scholars of religion today disagree, it's common to hear Catholics say that Jesus started their church -- and maybe even came for the purpose of starting it.

Among Protestants, it's more common to hear that the effective founder of Christianity was the apostle Paul. But that contention today doesn't win much support among scholars of religion, either.

In fact, since the so-called "New Perspective on Paul" movement began among New Testament scholars in the 1960s, it has opened enlightening new ways of seeing Paul and understanding how the "Jesus movement" within first-century Judaism eventually became Christianity. An excellent book for non-scholars to read about all of this is Reinventing Paul by John G. Gager.

One of the scholars driving this work in recent years is a Kansas Citian I've come to know: Mark D. Nanos, who now teaches at the University of Kansas. He's a Jewish researcher who has just co-edited an intriguing new book, Paul within Judaism: Restoring the First-Century Context to the Apostle.

It is not an especially easy read for people who don't use theological terms common among religious scholars, but its essays by nine different scholars make the point that Paul was always a Jew, that there was no "Christianity" for him to convert to, and that he must be understood as a Jew who believed that the long-promised Jewish Messiah had come in Jesus of Nazareth.

Nanos argues that Paul "continued to practice Judaism, and even more interesting, he continued to promote it" after he became a follower of Jesus. By that, Nanos doesn't mean that Paul urged non-Jews to become official Jews through conversion -- indeed, Paul argued sternly against that. Rather, he urged them to adopt Jewish customs and practices and to live according to Jewish understandings of God and of God's call to holy living. As he did.

Well, this deep research may keep scholars employed, but why should the rest of us care? There are several reasons, not least among them the fact that both Christians and Jews have long misunderstood Paul -- with disastrous consequences. Many Christians have used Paul as a warrant for anti-Judaism, while many Jews have bought that Christian view of Paul and have dismissed him as a traitor to their tradition.

The long arc of anti-Judaism in Christian history, as I explain in an essay on my "Faith Matters" blog, is a sad -- often vicious -- story. It helped create modern anti-Semitism, which is not theological in nature but, rather, racial, ethnic and even economic. And, of course, without modern anti-Semitism, the Holocaust is simply inconceivable.

Anti-Judaism did not start with the first people to misunderstand Paul (the book to read is Anti-Judaism: The Western Tradition by David Nirenberg), but without the picture of Paul as one who rejected Judaism as a rigid religion of law in favor of Christianity as a religion of grace, it's unlikely that the centuries of Christian teaching against Jews would have been as long or as virulent.

It took Catholicism until 1965 and the adoption of the Second Vatican Council document Nostra Aetate for the church to abandon its teaching that Jews were somehow collectively guilty of killing Jesus. And it wasn't until the papacy of John XXIII that the Catholic Good Friday liturgy quit referring to the "perfidious Jews."

So even though we Christians are centuries late in grasping who Paul really was and that everything he ever did as a man of faith was done within the borders of Judaism, it's important that we get it right now so that Christian-Jewish relations can find a firmer footing.

Pauline scholars today, as can be seen from the book Nanos has co-edited, are not all on the same page on every issue. But there's no question among them that it's time to push the reset button on our understanding of the apostle.

Theology | A new understanding of the apostle Paul

7 ways universities can begin to challenge anti-Semitism on campus