The perils of predicting the future

THE AGE OF AUSTERITY: HOW SCARCITY WILL REMAKE AMERICAN POLITICS
By Thomas Byrne Edsall
Published by Doubleday, $24.95

Thomas Edsall has dedicated a lifetime to prescient political reporting. Yet his excellent The Age of Austerity reveals the profound danger of writing a book aimed at predicting the future. Events overtake the writer.

What New York Times and Washington Post reporter Edsall does best is draw on an abundance of economic and polling data to bolster three big claims. First, America has run up substantial national debt by both maintaining its commitment to social programs and national defense while cutting taxes substantially for the past decade. Our aging population has put additional pressures on our ability to sustain the programs. Second, this structural debt problem has created a scarcity of public resources that has already begun and will continue to force us to live in an “age of austerity” -- a period in which our greatest public debates will be over how to reduce our commitment to the elderly, the sick, the poor and the marginalized. Third, Democrats favor social programs while Republicans want to reduce taxes -- especially for the nation’s wealthiest.

As the current presidential season illustrates, this political divide has already begun to play out in an intractable conflict in which both sides bear responsibility for increasingly strident positions that preclude the kind of cooperation necessary to solve the problems rationally and humanely. The book contains many smaller arguments and such a rich recounting of data that readers will marvel at the breadth of Edsall’s research. He is also one of the few analysts to confront candidly the role that racism plays in Republican successes.

The tea party victories in the 2010 midterm elections shaped this book more than anything else. Had Edsall written the book after the 2008 elections, he would have told the story of middle-class Americans’ abandonment of Republican strategies and positions in favor of the more egalitarian Democratic model that animated Barack Obama’s presidential campaign. He might have titled it The Age of Equality. In 2010, the billionaire tea party sponsors successfully turned ordinary Americans’ ire away from those who brought about the economic collapse -- the bankers, Wall Street brokers, the corporations, the right-wing media champions of profligacy -- and onto the Democrats.

Obama’s reluctance to affix responsibility onto the economically privileged, and his willingness to continue the generous bailouts of these elites -- first engineered under President George Bush -- allowed the tea party, FOX News and the Republican Party to tie the Democrats to the economically powerful. 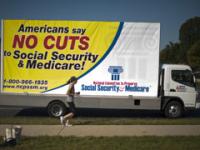 Though Edsall grounds his book in a great deal of sound empirical data and keen insights, his portrayal sometimes misses the mark. For example, he shares the mainstream media’s tendency to portray Democrats and Republicans as equally committed to ideological purity and resistant to prudent compromise -- a portrayal that has neat symmetry but resonates poorly with the experiences of the past four years and even much of the data that Edsall presents. More significantly, Edsall’s presentation may be dated already. He wrote the book before Occupy Wall Street hit the scene, and the movement therefore does not appear. Predicting the future is a juggling act -- one additional item added or omitted can ruin the overall effect.

Voters in 2010 did not reject the egalitarian model that Democrats had long championed in favor of a more hierarchical and unequal society. Rather, as Edsall’s data reveals, they simply came to see the Republicans as more willing than Democrats to protect Social Security, Medicare and other programs that secured middle- and working-class well-being. And they did so because a well-financed Republican media campaign told them that Democrats had imperiled these programs by investing so heavily in health care reform, the economic stimulus program and bank bailouts -- initiatives that the GOP insisted diverted precious public funds toward elites.

But the tea party has been silent so far in the 2012 election cycle, in large part because the Occupy Wall Street movement exposed tea party interpretations as both misleading and tools of the very elites that so anger ordinary Americans. In fact, the Occupy movement shifted the public debate so dramatically that even Newt Gingrich ran against corporate elites in the South Carolina primary when he successfully bashed Mitt Romney for taking huge profits at Bain Capital at the expense of ordinary American workers.

Had Edsall written his book just months later than he did, he would have needed to explain why concerns about scarcity play such a small role in the 2012 campaign. He has identified important structural concerns that our aging population, our distorted and increasingly regressive tax policies and our generous ambitions for public well-being have created. And he has noted the great success that the increasingly conservative media, public policy shapers and corporate elite had in 2010 in influencing the debate about the need for the bottom 90 percent of the nation to live more austerely -- even while riches and prerogatives flowed increasingly to the economically powerful. It is a comprehensive and insightful explanation of the dramatic electoral swing between 2008 and 2010.

But it does not explain the content and direction of the 2012 electoral discourse to date, and therefore may fall short in predicting the future of American politics.

Culture | The perils of predicting the future

Authors call for action at margins

'Noah' is not your typical robe-and-sandal Bible film