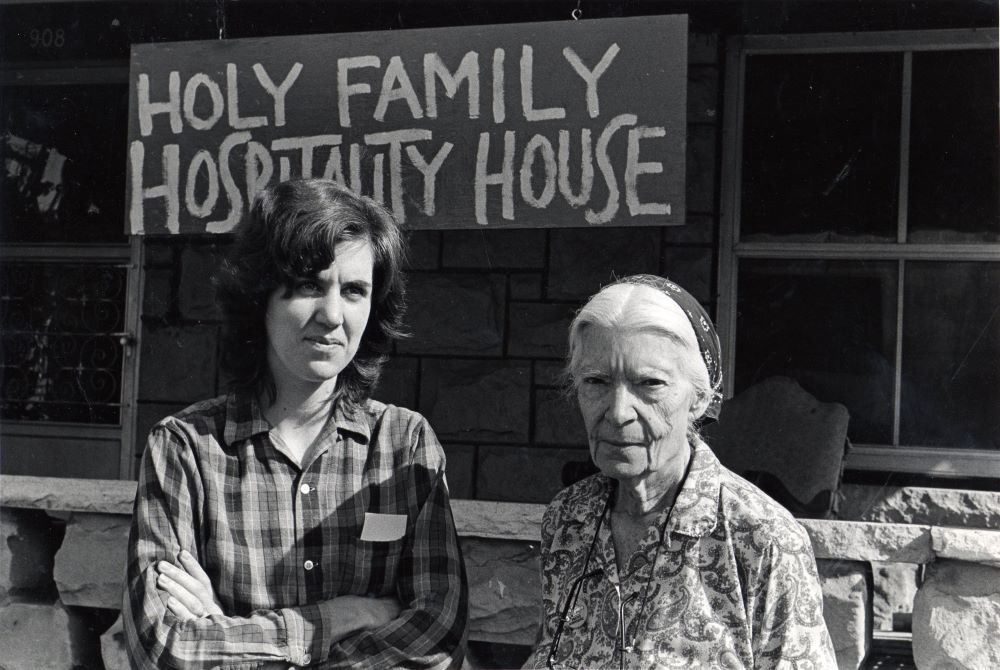 When D.L. Mayfield's agent asked if she had a topic for her third book, only one subject came to mind: Dorothy Day. As a millennial Protestant and social justice activist, Mayfield had long drawn inspiration from Day's writings and decided it was time to put pen to paper to share her hero with a new generation of Christians. 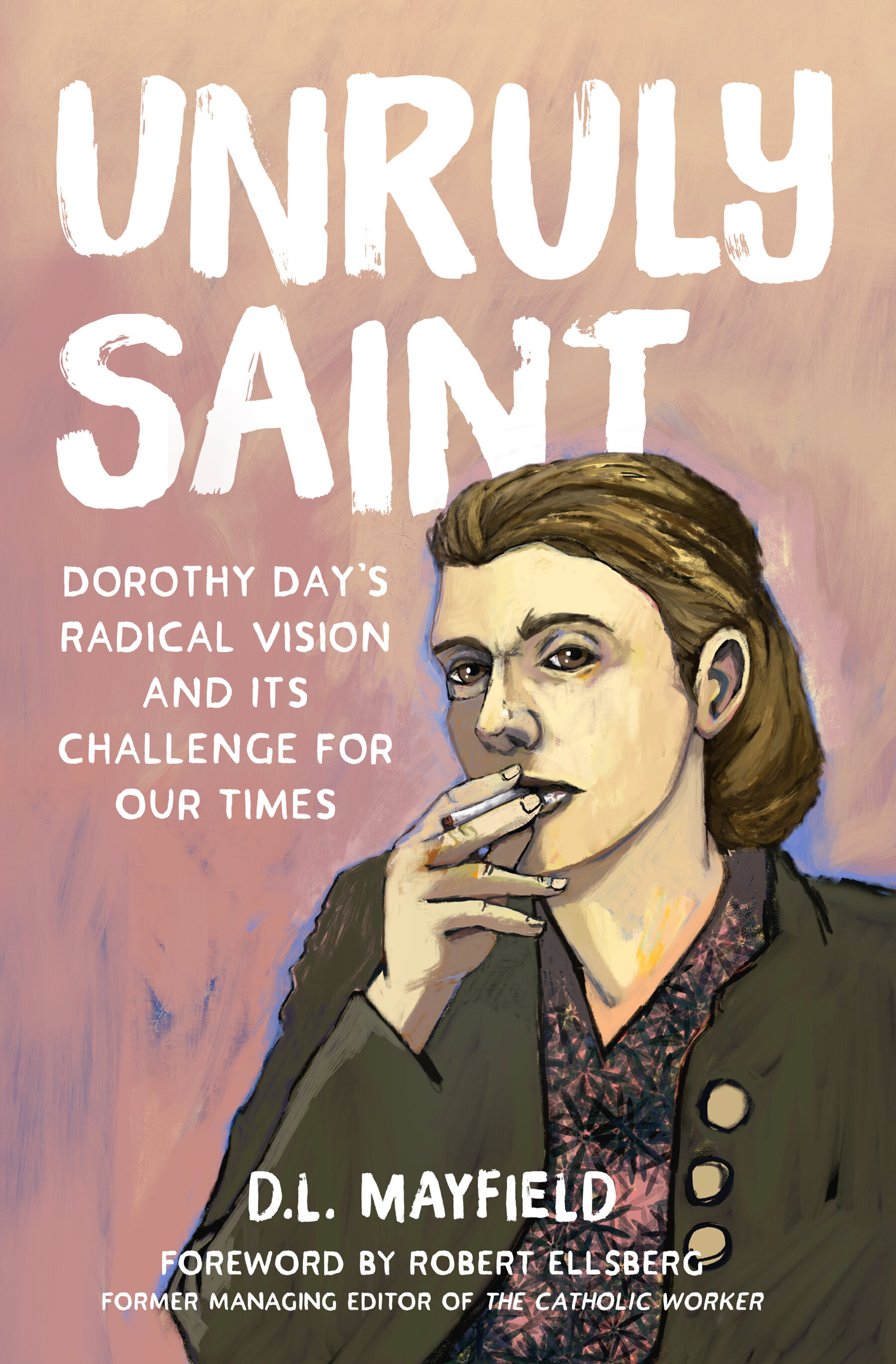 Here, Mayfield talks with NCR about the process of writing Unruly Saint: Dorothy Day's Radical Vision and Its Challenge for Our Times. The following conversation has been edited for clarity and length.

NCR: Having grown up in a fundamentalist evangelical religious tradition, you might be considered an unlikely Dorothy Day devotee. How did you first discover her work and why did it resonate with you?

Mayfield: I first heard of her when I went to a social justice conference where activist Shane Claiborne was speaking. I saw a button that said: "If you have two coats, you have stolen one from the poor" and it was attributed to Dorothy Day. I fell in love with the black-and-white thinking of that line. Then when I read her autobiography, The Long Loneliness, I felt seen in a way I hadn't before. I eventually read all her books — and most of the books written about her, as well — and became especially taken with her letters.

I loved how she wrote about the early years of the Catholic Worker movement in particular. My husband and I have lived in refugee and immigrant communities in the U.S. for over 15 years, so the stories of camaraderie and communal living were so touching to me. And I also appreciated how she took her faith seriously, because that is what I was trying to do as well. For someone like myself, who grew up highly religious but was increasingly becoming dismayed by how little my religion had to say about the injustices of the world, Dorothy offered a way forward. 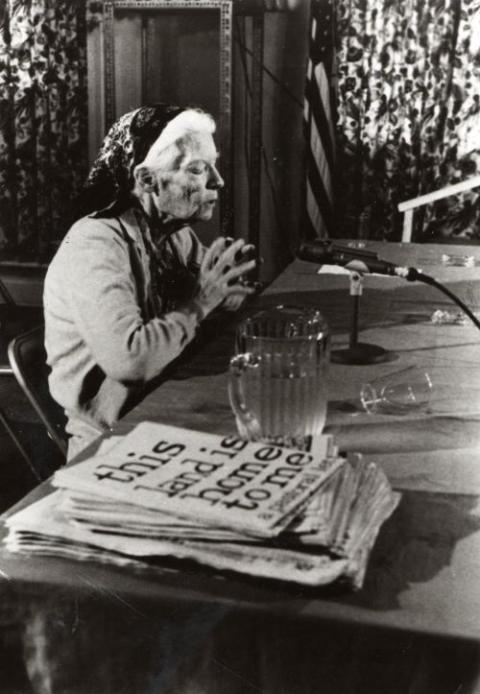 Dorothy Day testifies at a hearing of the Bishops' Committee for the Bicentennial, held in December 1975 to discuss social challenges of the church ahead of the country's 200th birthday. Day told a panel of bishops not to worry about money, but begin their work and let God do the rest. (CNS/Dan Zehnder)

The Dorothy Day canon is extensive. She was obviously a prolific writer herself, but much has also been written about her by others. What compelled you to take your own stab at telling her story?

I had started almost obsessively reading her diaries and then comparing/contrasting that with her other books, in particular The Long Loneliness, Loaves and Fishes and House of Hospitality. I wrote a few essays on my thoughts about Dorothy as a complicated person and was surprised by the feedback. People didn't like to think of her as someone who was human; they thought of her as a rigid, strong, pious activist; a devout woman who served the poor. But I saw her as incredibly human, full of guilt and joy and longing and desire and conflicted feelings and rage at the systems that dehumanize people. She loved people and they annoyed her to no end. She loved the masses and yet craved solitary time. She smoked constantly until she was in her 40s and gave all her possessions away for the entirety of her life.

I wanted to write a book that would help set the scene for modern readers who wanted to approach her work. The Long Loneliness can feel inaccessible to folks like myself who don't know 1930s history and don't know half of the names or events Dorothy references. I centered my book around the birth of the Catholic Worker movement because it is a bigger story than just Dorothy, and the parallels to that time and now are stunning.

I asked Kate Hennessy, Dorothy's youngest granddaughter, what most biographers miss about her and she said they tend to ignore the early radical writings of the Catholic Worker and they also ignore the fact that she was a mother. In my book I focus a lot on both of those things because they were of interest to me and give so much insight into Dorothy Day as a human.

Unruly Saint is your third book and you have said it's your most heavily researched work yet. Can you tell us about your research process?

I read the scholarship available on her and utilized her diaries and letters heavily. I was beyond fortunate to have some of the best Catholic Worker scholars be open to phone calls and emails with me. Brian Terrell, who lived at the Worker and knew Dorothy, has an almost encyclopedic memory of everything Dorothy ever said (and what she didn't say, which is almost as important!). We had so many phone calls and lovely conversations, and he helped me understand my blind spots.

Robert Ellsberg was also incredibly gracious and helpful. I should thank him simply for the incredible work he has done editing Dorothy's writings and publishing them for the past few decades, but he also gave me so much insight into Catholicism as a whole and where Dorothy fits into that system. 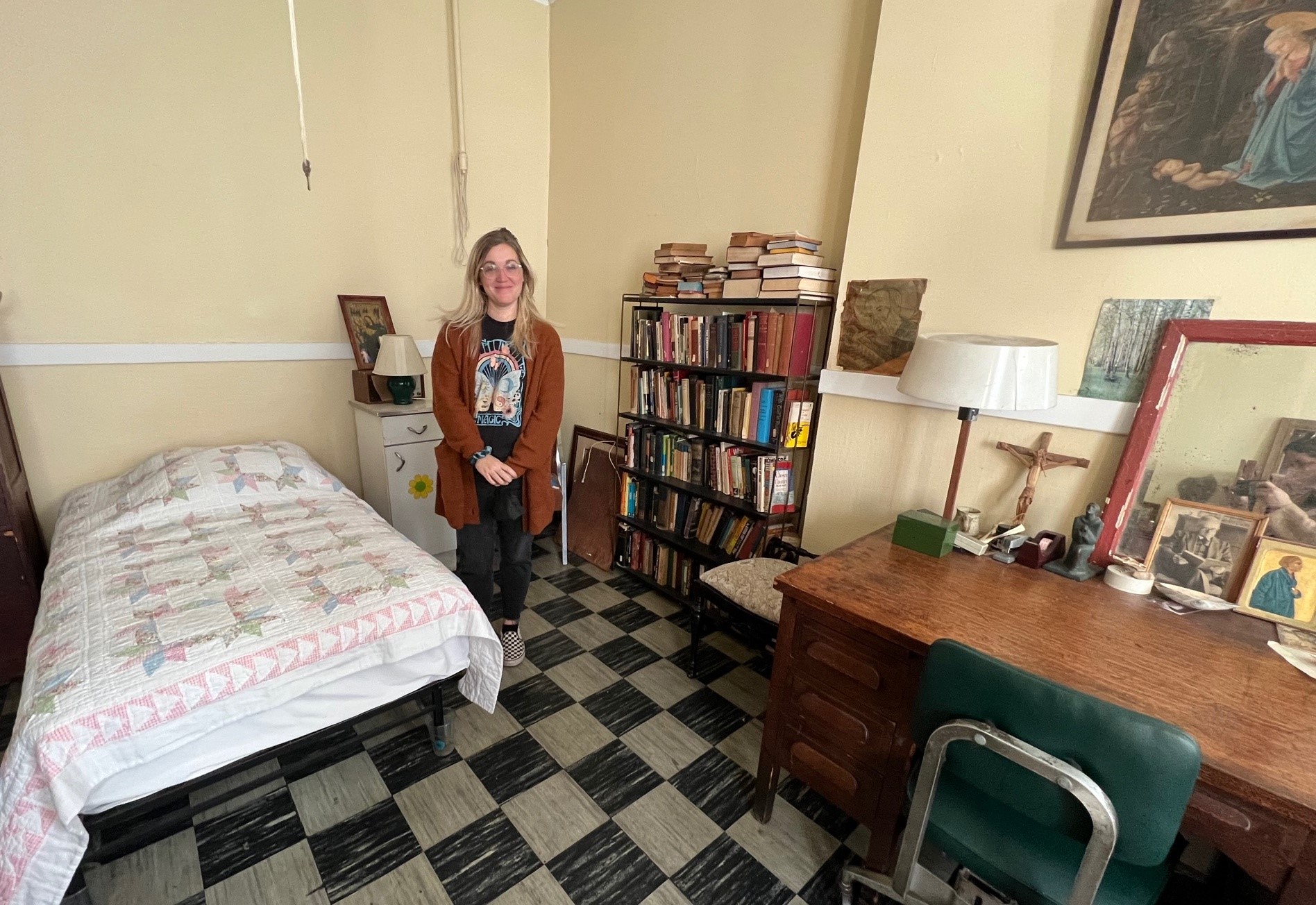 I was terrified to get Dorothy wrong and so it was a stressful time. But I decided the best course of action was to be honest about my perspective and include it in the book. The truth is, every biography carries the fingerprints of the person writing it. But a lot of authors try to pretend they are outside observers with no agenda. I can't pretend, so I didn't. But that doesn't mean I didn't try as hard as possible to take Dorothy seriously and use her own words as my guide.

What surprised you the most about writing this book?

Up until I was immersed in the research, I was always suspicious about how often Dorothy Day credited Peter Maurin as the co-founder of the Catholic Worker movement, even saying it would not have existed without him. At first blush he seems like a hobo philosopher who was always wandering off somewhere, and I wondered if she was just appealing to the patriarchal nature of Catholicism by saying he was vital to the movement.

But the more I studied, the more I realized how intelligent Peter was and how he came into Dorothy's life at the perfect time. Right as she was asking herself how she could marry her leftist leanings and love of the laborer with her Catholic faith, Peter Maurin shows up at her doorstep with the knowledge of all the papal encyclicals and the history of Catholic social teaching. I was surprised by how I fell in love with Peter Maurin by the end of writing this book. He was such a special and unique person.

There is debate about whether Dorothy should be canonized as a saint by the Catholic Church (she herself famously said she didn't want "to be dismissed so easily"). Do you have a strong opinion on whether or not we should have a St. Dorothy Day?

As a Protestant, I don't really have an opinion. But in general, I am saddened by how the stories of radical people get flattened by those in power who have an agenda. There are good people who are a part of Dorothy's canonization process, but there are also people who have an agenda and want Dorothy on their side of the culture war. How tragic is that?

I have the same hope for the canonization process as I have with my book: if it leads more people to read Dorothy Day's actual writings, then I think it's a good thing. You can’t escape how radical she is — especially when you read her newspaper, The Catholic Worker — but people sure do try and ignore it!