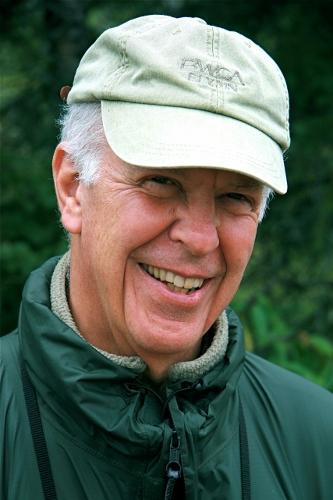 "Life can only be understood backwards; but it must be lived forwards."
—Søren Kierkegaard

In his 10th book, Quaker teacher and spiritual mentor Parker Palmer, 79, offers readers a backward view of his life and what he has learned. Palmer presumed his writing days were over but, urged by his editor, he brought together some 24 revised essays and poems in this memoir-like volume that tells the story of his living, his frailties and success, and ruminations on how one can age and die well.

The book is Palmer's meditation on the meaning of his life, past, present and future, and, as its title — On the Brink of Everything — suggests, how to confront death. One can deny it, defy it (think poet Dylan Thomas) or collaborate with it. If the purpose of living is to become whole, fully human and one's true self, as Palmer suggests, then collaboration with aging and death is necessary.

Palmer claims to like being old, even with its diminishments. Age gives him a striking view of the panorama of life. There on the edge, he can see what he previously could not see from the center. He warns that this book is not a guide or handbook for aging, but a collection of insights garnered from his own living. The most obvious of these learnings is: "Old is just another word for nothing left to lose, a time of life to take bigger risks on behalf of the common good."

Initially, Palmer's life focused outward; he was a community organizer, dean of Quaker retreat center Pendle Hill, founder of the Center for Courage and Renewal, and a prolific writer. He considers writing to have been his primary way of collaborating with life. He found in writing the opportunity to overcome his bafflement and discover his true self. 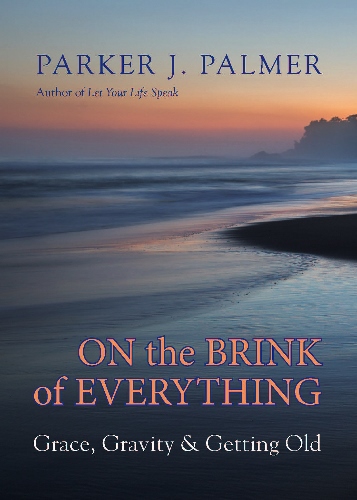 ON THE BRINK OF EVERYTHING: GRACE, GRAVITY AND GETTING OLD
Parker J. Palmer
240 pages; Berrett-Koehler Publishers; 2018

But beginning in 1969, having read the work of Thomas Merton, his life was directed inward. Over the years, he became acutely aware of the need for solitude, which he defines not as the absence of others, but rather as never living apart from one's true self. In that solitude, one can begin to contemplate, to penetrate illusion and to touch reality. He began to reclaim the ground of being and anchor himself in something larger and truer than his own ego.

While Palmer has experienced the world as "astonishingly beautiful," he has also encountered it as "horrifically cruel." He personally experienced a "feast of losses," depression and failure, as well as the violence and deadness of human life created by overwork and excessive activity. In order to live fully and wholly in a frenetic environment, he sought "sanctuary," sometimes in sacred places but also in nature, silence and friendship. Sanctuary allowed him to return to the world as a "wounded healer," resilient and able to carry on.

Death comes to all living things, and to die well one needs preparation. According to Palmer, the best preparation is to show up as our true selves as often as we can in our remaining years. He admonishes those who live on the brink to stay engaged with life, to reach out to the world, especially the young, to spend time in nature, to encourage the diversification of society, to embrace one's fears, to talk across the political divide, to tell the truth in love — in short, take risks. He reminds us that we come from and return to mystery and that the goal of living between these mysteries is to be fully human and to give to others in order that new life might emerge. All the while, we must keep the natural and inevitable end of the life process before us.

Although On the Brink of Everything is not as compelling as Palmer's earlier Let Your Life Speak, its insights are provocative and offer a counter to our society's denial and defiance of aging and death. For Palmer, one must chose to collaborate with this natural process. Having nothing to lose, one can hazard the chance to make a gift of one's life for the sake of the future.

[Dana Greene is the author of four biographies, the most recent being Elizabeth Jennings: The Inward War (Oxford University Press, 2018).]

A version of this story appeared in the Oct. 5-20, 2018 print issue under the headline: Palmer's Brink: Embrace aging, end of life.