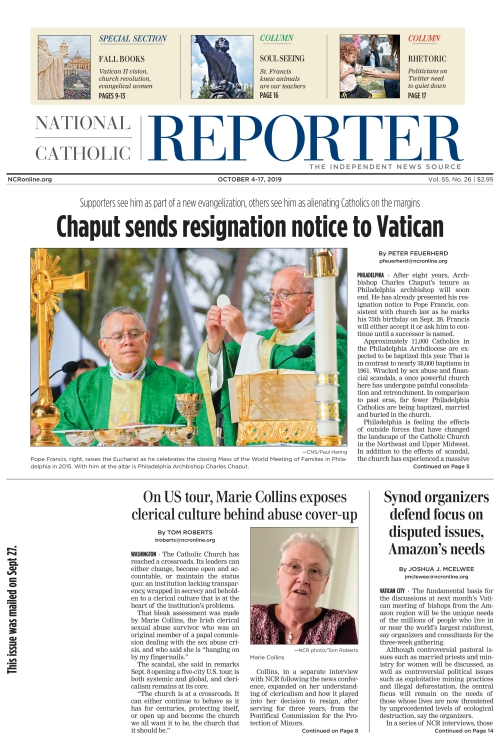 The Catholic Press Association of the U.S. and Canada has honored National Catholic Reporter with 17 citations of excellence in its 2020 awards contest, including dual first place prizes for best newspaper website and best national newspaper overall.

The results of the contest were announced July 2. In their comments for the best newspaper category, which NCR has now won for 18 of the past 20 years, the judges called the paper "a top tier publication" and said it is "written and edited with clarity and authority." 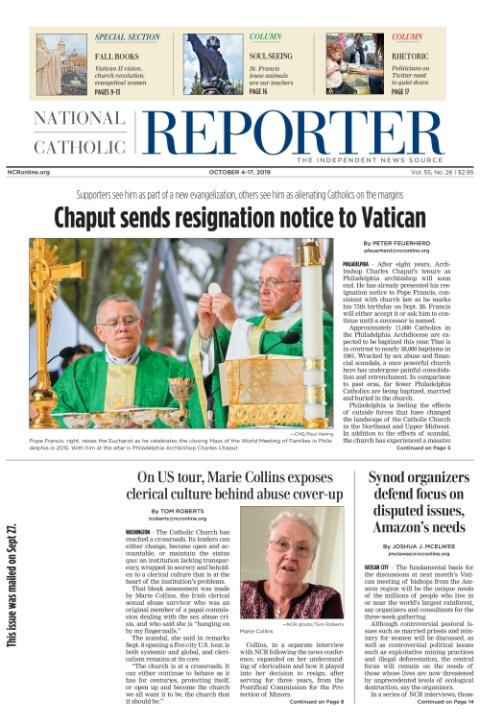 The judges praised Schlumpf's interviewing and research skills, and said they would now consider NCR an "authority" on EWTN.

Schlumpf also garnered the third place prize for reporting on social justice issues for a report on Marquette University's Center for Peacemaking, and an honorable mention in the personality profile category for a piece about Orbis Books publisher Robert Ellsberg.

Soli Salgado, a staff writer for Global Sisters Report, earned second place in the reporting on young adults category, for three stories focusing on the unique experiences of Catholic sisters who interact with young people who identify as "nones" — or having no religious affiliation.

"The articles provide an in-depth look at an interesting group," said the judges. "The true feelings of the subjects are palpable."

Saji Thomas, a freelance writer for Global Sisters Report, earned an honorable mention in the international newswriting category for a report on five Catholic sisters in India who supported another sister who alleged that she had been abused by a bishop.

Among other winners were columnists Michael Sean Winters and Jamie Manson, who won first and second place in the category of "best blog by a layperson" for their respective columns, Distinctly Catholic and Grace on the Margins.

The judges called Winters' work "well researched, uniquely insightful, and a joy to read," and said Manson challenged readers to "think through pressing social issues from the level of lived experience."

Jesse Remedios, a staff writer for NCR and EarthBeat, earned an honorable mention in the best podcast category for his three-part "Trials of Nonviolence" series, which explored the motives of seven Catholic peace activists who broke into a nuclear submarine base in Georgia.

NCR also earned first and third place in the best editorial category, for editorials focused on how conservative Catholic groups express influence in church-run organizations across the country and on the process for evaluating bishops' responses to clergy sexual abuse.

The Catholic Press Association judges called the first-place editorial "a standard-setting editorial for the industry."

A version of this story appeared in the July 24-Aug 6, 2020 print issue under the headline: NCR named best Catholic newspaper, website.