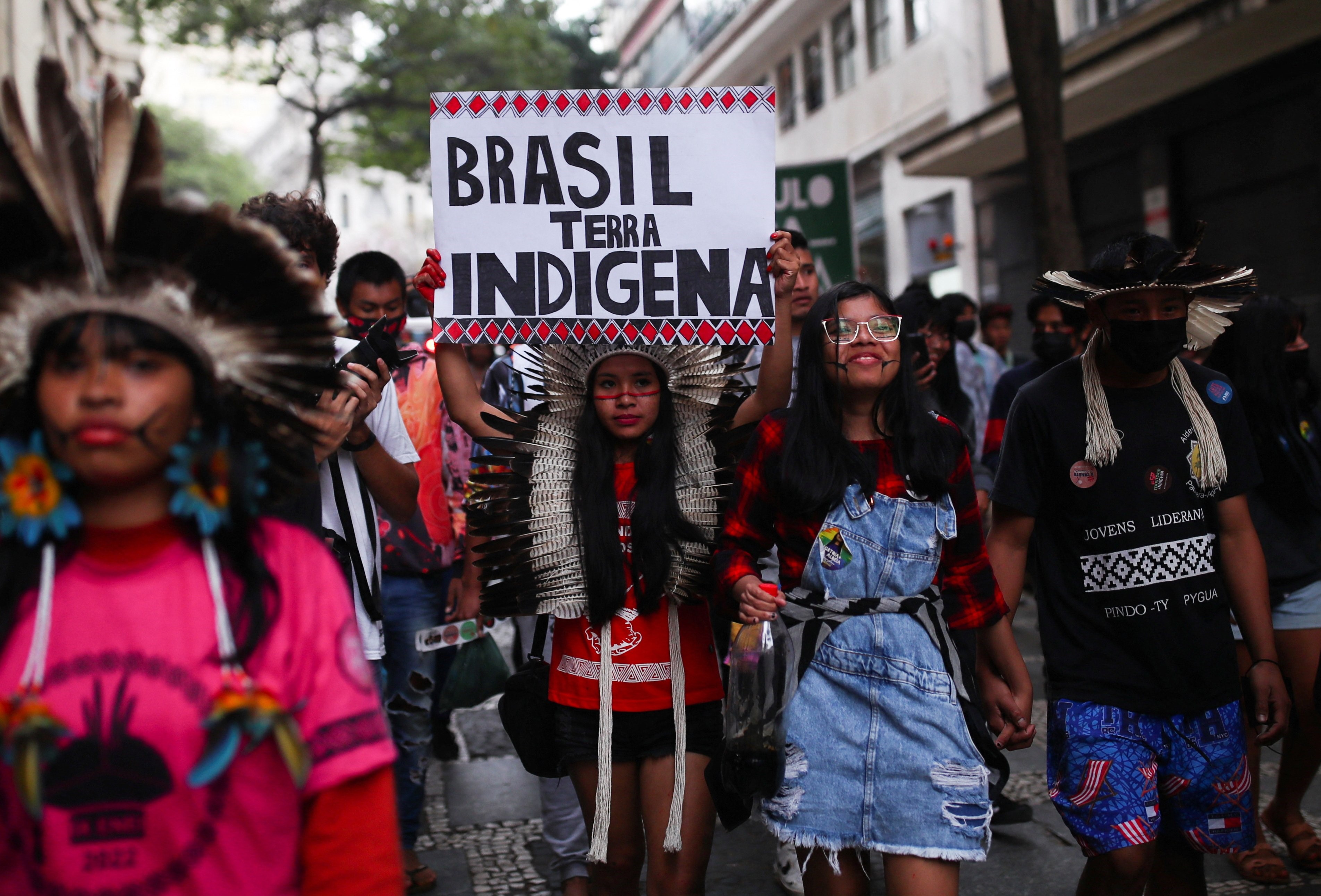 Indigenous people march with a placard that says "Brazil Indigenous Land" as they mark the International Day of the World's Indigenous Peoples in São Paulo Aug. 9. Cardinal Leonardo Steiner said that the Amazon region is seeing an increase in violence related to commercial activity encroaching on lands held and preserved by Indigenous peoples.
(CNS photo/Reuters/Amanda Perobelli)

Ahead of the consistory that inducted Cardinal Leonardo Steiner into the College of Cardinals as its first member from the Amazon region, the Franciscan archbishop of Manaus, Brazil, said that the greatest threat to the Amazon and its Indigenous peoples is violence perpetrated by outsiders.

Speaking to journalists Aug. 27 before the consistory, Steiner, the president of Brazil's Special Episcopal Commission for the Amazon said that the region is seeing an increase in violence related to commercial activity encroaching on lands held and preserved by Indigenous peoples.

"Violence has grown greatly in our region," he said while in Rome. "Not only toward the environment but also related to drug trafficking.

"It comes from outside and is a violence motivated by money: deforestation, mining, fishing." 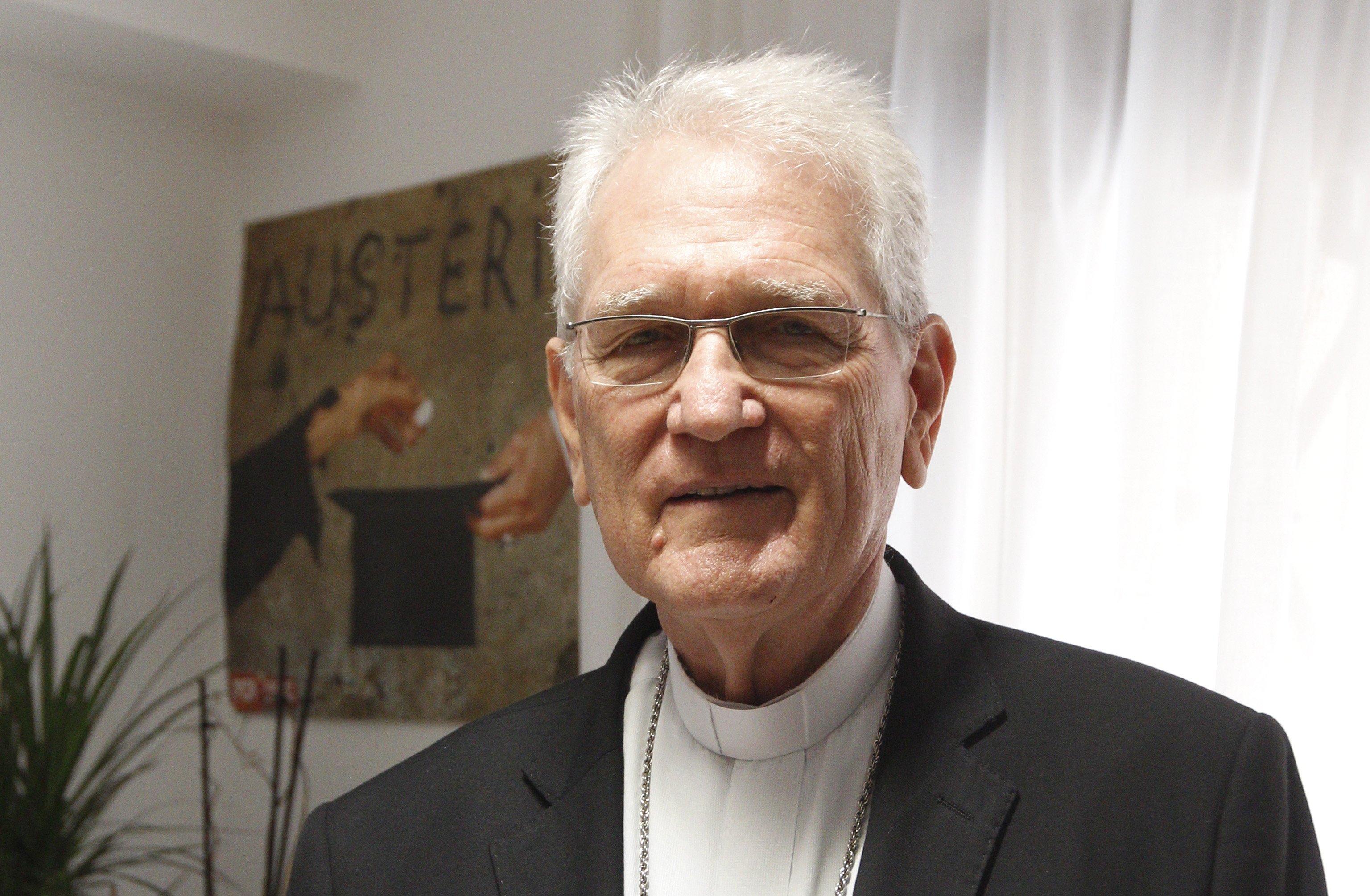 New Brazilian Cardinal Leonardo Ulrich Steiner is pictured at the Vatican press hall before a consistory for the creation of 20 new cardinals by Pope Francis at the Vatican Aug. 27. Steiner is the first cardinal from the Amazon region. (CNS/Carol Glatz)

'This mercury is already inside of them, their bodies can't stop it. These Indigenous peoples have no future; they will die.'
— Cardinal Leonardo Ulrich Steiner

According to a report from the Indigenous Missionary Council (CIMI), a group linked to the Brazilian Bishops' Conference, there were 355 cases of violence against Brazil's Indigenous peoples in 2021, including 176 murders.

The new Brazilian cardinal cited the deaths of British journalist Dom Phillips and Indigenous expert Bruno Pereira as an example of how outsiders motivated by profit are hostile to the people and environment they encounter in the Amazon. The two were killed by a local fisherman in June.

Steiner also underscored the human effects of the destructive mining processes that are set to ramp up across the Amazon region in the coming years.

Specifically, he condemned the practice of illegal gold mining, which often uses mercury to recover gold fragments mixed within soil. The toxic element ends up in rivers and poisons local communities through direct contact and especially fish consumption. One study found mercury exposure in Indigenous Amazonian populations is on average 7.5 times higher than in the general population.

"Many rivers in the Amazon are full of mercury, which means the indigenous peoples that live near the rivers drink this water, wash their clothes and themselves in them," said the cardinal. "This mercury is already inside of them, their bodies can't stop it.

"These Indigenous peoples have no future; they will die."

Beyond the irreparable physical damage caused by environmental exploitation, Steiner also noted the significant psychological effect waged on Indigenous peoples whose homelands are destroyed or invaded by commercial interests.

"In the Amazon, [the Church] is always against mining because they go into Indigenous territory, this is the problem," he said in response to a question from EarthBeat, "because their home is not where they live or where they sleep, it's everything. It's another concept of home, another way of thinking." 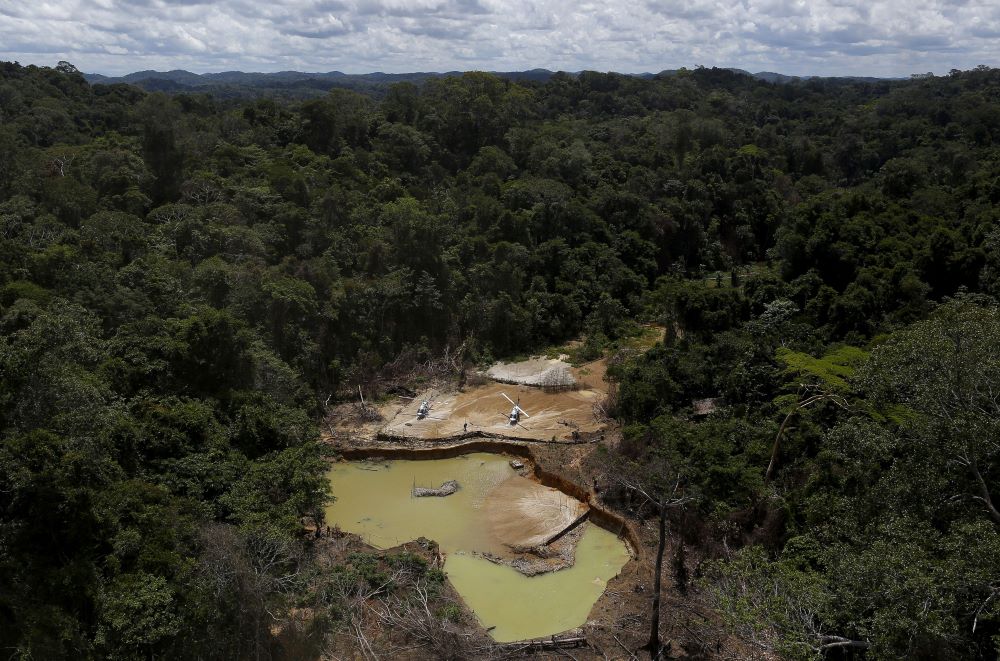 An illegal gold mine is pictured in this photo during an operation by Brazil's environmental agency against illegal gold mining on indigenous lands in the heart of the Amazon rainforest on April 17, 2016. (CNS/Reuters/Bruno Kelly)

In April, EarthBeat reported on a group of Latin American religious and lay activists who traveled to Rome to ask that the Vatican ensure its money was not invested in mining corporations. Three months later, the Vatican released a new investment policy for the Holy See, stating that investments in mining corporations with church money are "not excluded but should generally be avoided."

At the root of the violence plaguing the Amazon, Steiner said, is the building of an exclusive economy: an issue that Pope Francis has repeatedly pointed to throughout his pontificate.

Francis' choice to elevate Steiner to a cardinal reflects his special attention to the region to which he dedicated the 2019 Synod of Bishops on the Amazon, the only special assembly of the Synod of Bishops convened during his pontificate.

"[The pope] has always been very worried about, very close to, the church in the Amazon,"  Steiner said.

"That means that I will not be the voice, but Pope Francis is the voice of the Amazon. That was made clear in the post-synodal letter he wrote, Querida Amazonia," he added.

In Querida Amazonia, the apostolic exhortation that served as his response to the Amazon synod, Francis underscores the right of the Amazon's original people to protect their lands from businesses razing the forest under the "excuse of development." He also lays out the profound connection between Amazonian culture and the protection of the local environment.

"The pope's text after the synod is a hermeneutic of totality," said Steiner. "That means nothing is excluded, everything is put into consideration to be reflected upon and discussed. In this sense there is still a long and difficult process to undertake."

Francis' focus on the Amazon has received criticism from some sectors of the church concerned that the church's engagement with Indigenous communities may open the door to married and women priests in remote areas. A drastic example of backlash against such outreach was when vandals dumped a controversial Indigenous wood carving into the Tiber River during the 2019 synod.

"When we talk about [Indigenous people], people think that the church is too close to them, but it's the contrary," Steiner said.

The cardinal added that despite the challenges the Catholic community faces in the vast biome, the church in the Amazon continues to grow.

As one of the newest members of the College of Cardinals, he said he hopes to share his lived experience of the Amazonian church with Francis. "If possible, I would like to bring the problems we have to the pope," he acknowledged.

"It is a lively church, very synodal, and of small communities. We have many difficulties, but a lot of hope."