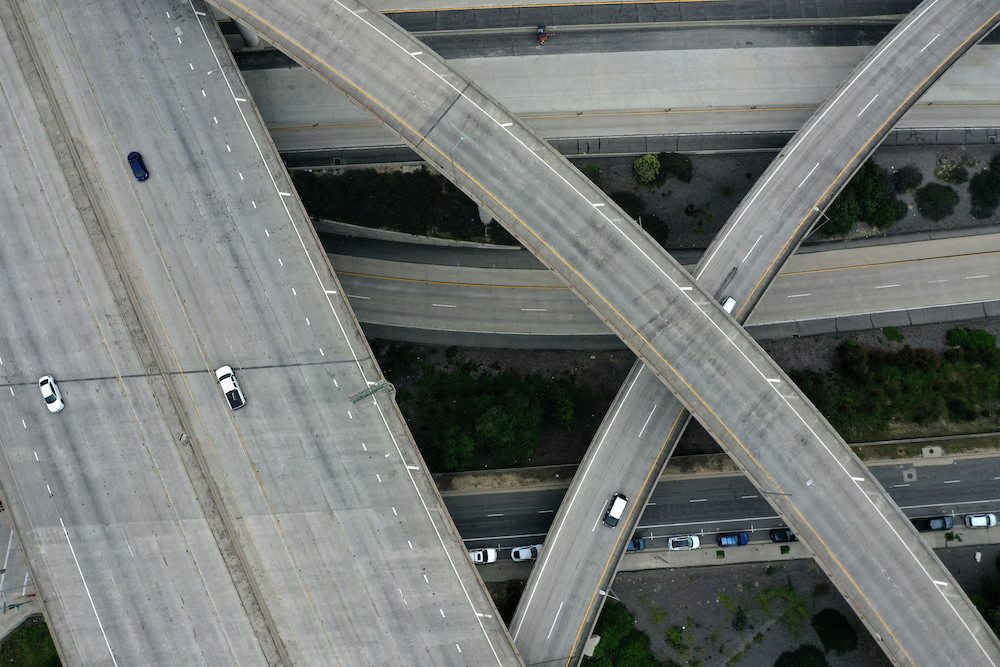 An empty freeway is seen in Los Angeles April 20, mostly empty because of the coronavirus pandemic. (CNS/Reuters/Lucy Nicholson)

Faith leaders criticized final rules issued this week from the Trump administration to limit federal environmental reviews, arguing that they ignore "bedrock" purposes of environmental protection and will limit input from the communities most affected by major infrastructure and energy projects.

President Donald Trump announced the changes to the National Environmental Policy Act (NEPA) at an event July 15 in Atlanta. The law is considered one of the first major pieces of environmental legislation, which was signed in January 1970 by President Richard Nixon. The law requires federal agencies to assess environmental impacts of proposed federal projects — including oil and gas pipelines, airports, roads and bridges — and to seek input from the public before approval.

In the case of NEPA, the president said such moves will expedite infrastructure projects and modernize the review process. "For decades, the single biggest obstacle to building a modern transportation system has been the mountains and mountains of bureaucratic red tape in Washington, D.C.," Trump said.

But limiting the timeline for environmental reviews will also stifle the public's ability to voice concerns, environmental advocates and faith leaders argue.

"This rule is a clear and present danger to all Americans, but especially those who need NEPA the most to be heard," said Mustafa Santiago Ali, the former head of the U.S. Environmental Protection Agency's environmental justice program who now works with the National Wildlife Federation.

"The most vulnerable communities have always been the first to suffer and the last to be heard when it comes to their air, water, land, wealth and health. This perverse rule will only further perpetuate the idea that some communities' lives don't matter," Ali said in a statement.

Related: Racism in pollution and policing: A conversation with Robert Bullard, father of environmental justice

In a statement, 20 faith organizations contended the NEPA rollback "expressly ignores the central purposes of this bedrock environmental protection," among them that the government is a trustee of the Earth and its natural resources for future generations, and that it "should enable meaningful participation" in government decisions, especially among communities they impact most.

"As people of faith, we cannot sit by silently as this regulation change reduces opportunities for their voices to be heard," the faith groups said in the statement.

"The Trump Administration's proposed changes to NEPA, which would sacrifice the health of our communities and our ecosystems in favor of short-term gain, could not be more contrary to these values," they said. "As people of faith, we condemn these changes to NEPA and call for stronger protections for our sacred air, water, and soil."

The statement was signed by a cohort of organizations across religious denominations, representing Catholic, Methodist, Presbyterian, Quaker and Jewish faiths. Among the organizations were Church World Service, Interfaith Power & Light, the Leadership Conference of Women Religious, the Sisters of Mercy of the Americas justice team, Franciscan Action Network, and the Jesuit Conference Office of Justice and Ecology.

In March, the faith coalition stated their views during the public commenting period, calling for the Center for Environmental Quality, which oversees NEPA, to withdraw the proposal and leave in place the regulations as they stood.

It is expected that environmental groups will challenge the new rules in court, in part charging that such extensive changes to a law can't be made without approval by Congress. 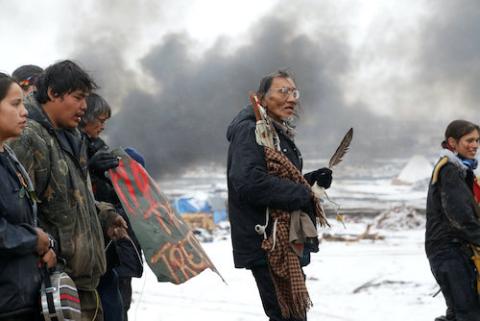 "Everyone will suffer from the consequences of our government's inability to prophetically address environmental degradation, and particularly those least responsible for them, including those living in poverty, people of color and indigenous communities," said Scott Wright, director of the Columban Center for Advocacy and Outreach.

Studies have regularly shown Black and Hispanic people are more likely to live in the vicinity of highways, power plants, chemical plants, drilling sites and landfills — all sources of pollution that can lead to adverse health impacts.

Those connections have been highlighted by the coronavirus pandemic and national protests against racial injustice. African Americans are 75% more likely to live near sources of pollution, Mary Prunicki, the director of Stanford University's Center for Allergy and Asthma Research, said in an interview last month. She pointed out that studies have shown higher rates of COVID-19, the disease caused by the novel coronavirus, in areas of increased air pollution — a factor in Black Americans' disproportionate hospitalization and death rates from the virus.

The National Environmental Policy Act has served as an essential tool for environmental activists who oppose new power plants and pipelines, who have used the law to ensure full environmental impact statements are conducted. The legal battles have often tied up projects in courts for years.

In the span of two days in early July, three major pipelines were dealt serious blows. On July 6, the Supreme Court rejected a request to fast-track construction of the Keystone XL pipeline, while a federal judge ordered the Dakota Access Pipeline shut down until a new environmental review is conducted. (The D.C. appeals court on July 14 stayed that decision while it considers the case.) And on July 5, two energy companies announced the cancellation of the Atlantic Coast Pipeline.

Gina McCarthy, former EPA director under the Obama administration and president of the Natural Resources Defense Council, called the Trump administration revisions "a clear attempt to silence and sideline people" while opening the door for increased pollution.

"People have a right to weigh in before a highway project tears up their neighborhood or a pipeline goes through their backyard. Steamrolling their concerns will mean more polluted air, more contaminated water, more health threats and more environmental destruction," McCarthy said.

A day before Trump's announcement of the NEPA overhaul, people of faith joined a virtual rally for a faithful and just recovery from the pandemic, one that prioritizes sustainability, justice and equity. Elsewhere on Tuesday Joe Biden, the presumptive Democratic nominee for president, unveiled his $2-trillion plan for addressing climate change and rebuilding a clean energy economy.

While several unions have come out in support of the Biden proposal, it has drawn opposition from the oil and gas sector, which argued it will deepen the industry's problems stemming from the pandemic and lead to significant job losses, pointing to the lack of union representation in renewable energy.