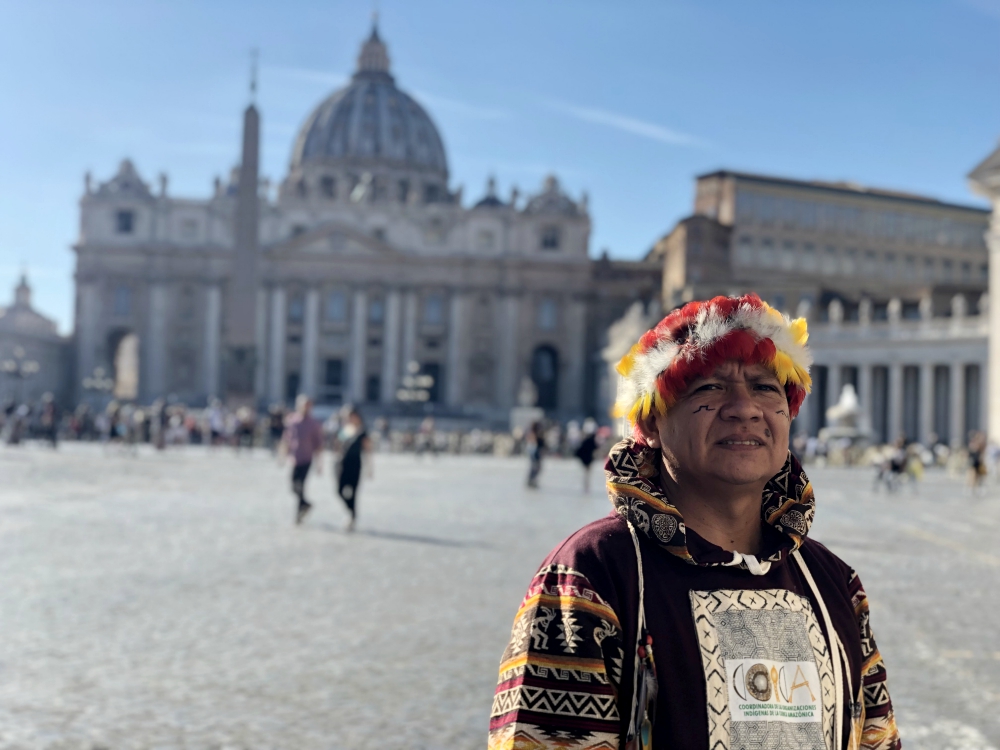 José Gregorio Mirabal, a Curripaco leader from Venezuela and president of the Congress of Indigenous Amazon Organizations (NCR photo/Soli Salgado)

When Leah Casimero found out she was invited to participate in the Synod of Bishops for the Amazon, she did a number of internet searches in anticipation of the Oct. 6-27 gathering.

The event would bring together bishops, religious and indigenous representatives from the nine-nation region to address the particular needs of the millions of Catholics who live in the world's largest rainforest.

But Casimero's search results — whether on Google, YouTube or social media — confused her. The media coverage didn't reflect the priorities and conversations she had with consultation teams ahead of the gathering, topics she thought would be at the center of the synod.

"I was only seeing celibacy, if women can be ordained, married priests," she said, issues tangentially related to the Amazon due to its profound shortage of priests, though not a debate the Amazonian people had prioritized. "Frankly, I was shocked when I Googled it and that was the only thing. This is so not what I had in mind."

"When I think of the Amazon, I don't think of that," said Casimero, from the Wapichan tribe in South Rupununi, Guyana. "I think of respect for land and people, human rights, protection of the environment."

Casimero is the academic coordinator of the Quality Bilingual Education Programme for Wapichan children, an effort to maintain the tribe's traditional languages, customs and values by incorporating them into school curricula.

In pre-synod conversations, she said, the focus was on ensuring that their lands did not face the kind of destructive development they witnessed in neighboring countries; that the little electricity found in the remote rural areas come from green energy; and that the government officially recognize some land titles while extending the claims of others to include their traditional hunting and gathering lands.

"That is the priority." 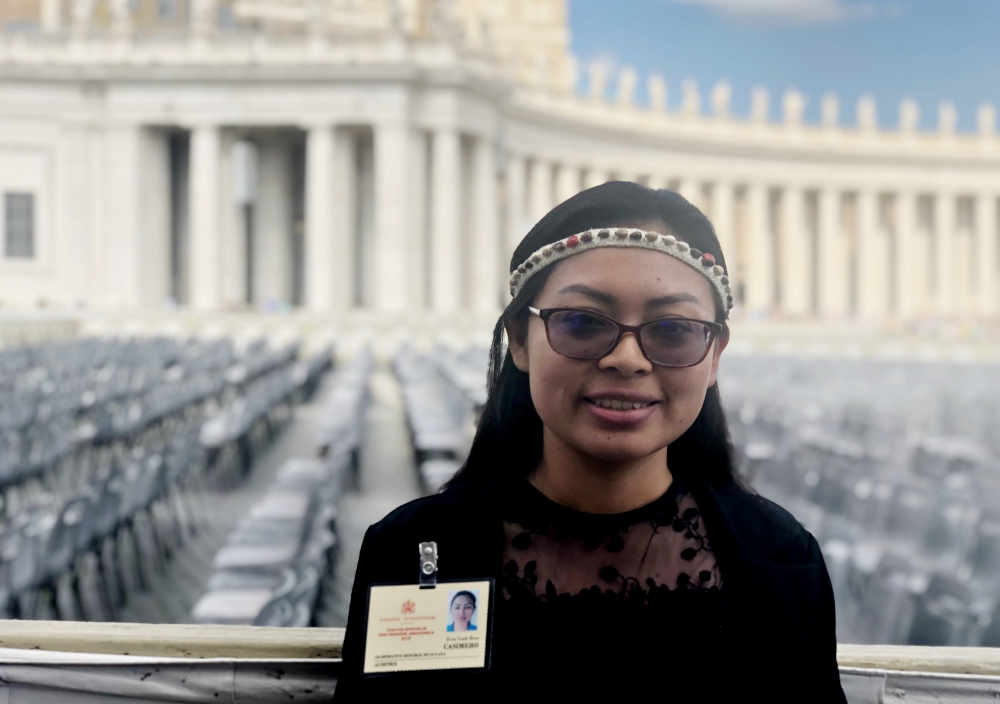 'The bottom line is life'

When asked what his thoughts were on the topic of married priests and women deacons, José Gregorio Mirabal's face fell to what looked like boredom, no longer as animated as he had been moments earlier when discussing climate change.

"For us, that is a distraction, because the bottom line is life," said the president of the Congress of Indigenous Amazon Organizations, an umbrella group representing the Amazon Basin with a focus on indigenous peoples' rights.

"This synod for us is about the planet," Mirabal said. "Either we go through a ravine and destroy everything, or we stop violence against nature and people and continue as human civilization."

The issues of celibacy or women's roles are an "internal debate for the church, one for them to resolve," Mirabal said, adding that while from the outside they can call on more important positions for women and young people, "ultimately the church's structure is a vertical one. We can say it, they can hear it, but they decide in the end."

For Mirabal, a Curripaco leader from Venezuela, the shortage of priests in the Amazon region inspires a more existential question: "The church needs to ask why that is."

"The church has to connect with the struggle of the indigenous peoples, with their worldview, understand the reality where they are, and that the message of salvation and evangelization is important, but it cannot be detached from our reality," he said.

Mirabal noted that the pope said this is a journey they will walk together, but for indigenous, "our paths are of water, through mountains, barefoot, and they need to understand that if we are to walk together."

"We have to clarify, if we are walking together, where is the road going to be? Because if it is here in Rome, it won't work," he said.

The synod could be a photo-op, just another event, or result in one more church document, Mirabal said. "What matters for us is the post-synod, when we can convert the final document into action. Our presence here is to guarantee that, at the least, our voice is heard and respected and reflected in the document, but we need a guarantee that the key issues — [countering] violence against nature and indigenous Amazon territories — will be put into action."

The indigenous way of life is often portrayed as an obstacle to modern development because "we prefer to take care than to destroy," Mirabal said. "If you respect what scientists are saying, then at this rate, we will not be able to live on Earth much longer.

"So, we ask you, what is more important to you? For us, we are clear," he said. "If the Amazon rainforest is destroyed, we disappear, and we do not want to disappear in the name of that development model. This model is at the cost of the planet."

'We have sustained the church'

"We put our trust in the church a lot, so we hope that whatever we think is best for us, the church can support and accompany us along," Casimero said.

Celebrating the 100th year since Catholicism was introduced to the Wapichan indigenous region, South Rupununi has a Catholic majority. "The church came to us — we didn't go to them," Casimero said. "They brought the word of God to us and we accepted it. In times of need and distress when our lands or rights are not respected, we turn to the church for help. This is our biggest support system next to our community support."

"And when the church speaks against injustices and so on, it's mainly talk," she continued. "Why don't we back that up with action?"

The issue of women deacons and married priests, while perhaps lopsided in coverage, is still of interest to the Amazonian people. Casimero said that in South Rupununi, they have one priest for every 15 communities that are already geographically spaced out, with one community able to celebrate Mass every one or two years.

With little access to clergy, lay ministry "practically runs the church," she said.

"What else can we do? Do we stop being Catholic because there are no priests? We could've done that, but we didn't. We took it up and we continued. Other denominations came in, but we remained Catholic, and women have been at the front of that leadership," she said.

To Casimero, the shortage of priests begs for more official ministries for laypeople so that "we can build the church," she said.