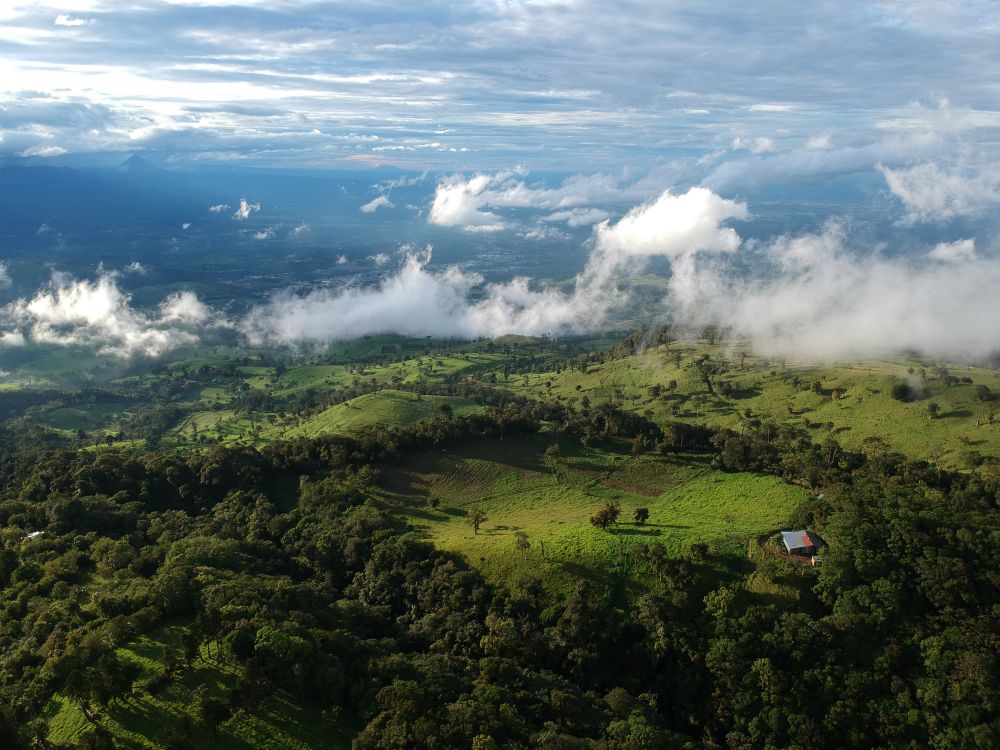 And in a country dubbed 2019's "Champion of the Earth" by the United Nations, his university was a good place to start. In the last 30 years, Costa Rica has doubled its forestation and is now largely dependent on renewable resources for its electricity. And still they have more ambitious plans: the tropical country of 5 million aims to end its reliance on fossil fuels by 2050 — all of which are a combination of challenges that scientists say the rest of the world ought to pursue, and Costa Rica hopes to lead by example.

The president of the Catholic University of Costa Rica, Sánchez advocated for the San José campus to host the Ratzinger International Symposium in 2017, which launched the Laudato Si' Observatory, a research hub on environmental issues, as well as the Environmental Development Index. He also previously served as Costa Rica's Ambassador to the Holy See from 2010 to 2014, under Popes Benedict XVI and Francis.

"Pope Francis is always talking about the existential periphery — poverty, geographical," he said. "And in the Vatican, environmental issues were in the peripheries. He's centralized it with the encyclical, and the economy, politics, technology [now] surround the issue of ecology.

"In our case, creating a web of private, public, Catholic, non-Catholic universities that are talking about Laudato Si' — as far as I know, no other encyclical has accomplished this."

In an interview Dec. 4, 2019, with National Catholic Reporter, Sánchez discussed the Laudato Si' Observatory, the Amazon synod, the sometimes fraught relationship between Costa Rica's government and church, and the challenge of engaging students through ecology. The interview has been lightly edited for length and clarity. 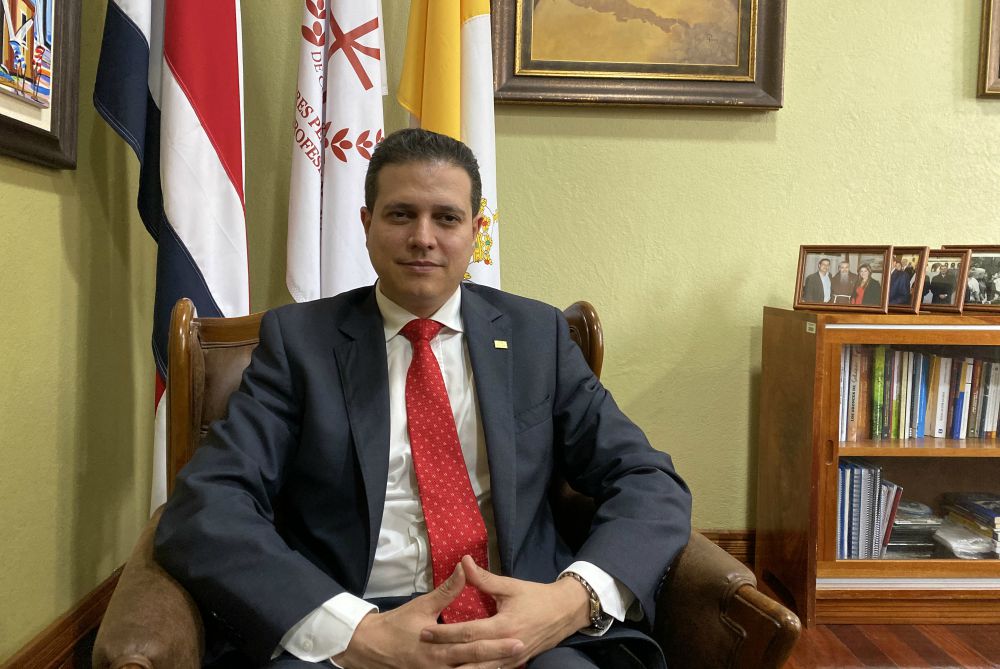 NCR: This university, being Catholic and in a country leading on environmentalism — I'm curious if you feel a sense of responsibility that comes with that overlap, whether it's in animating the student body or influencing local society.

Sánchez: Two years ago, we organized here at the Catholic University of Costa Rica, the International Symposium [on Ecology], and the topic was Laudato Si'. We ended up with more than 800 people, 24 different countries represented, and a waiting list of about 150. It was amazing; we weren't expecting that.

We also realized everyone was talking about the encyclical. And when the pope published it, he got what you can say a standing ovation, but the question is, was that a diplomatic applause, or a real one? Is public policy actually coherent with what the pope is saying?

That question was answered, in our case, by creating the Laudato Si' Observatory. What we're doing is taking into consideration different paragons that are already placed that measure either climate or development issues. We put together an index on human development, and we measure how far or close a country is from what the pope is asking us to do. We've measured 127 countries (with 93% of the world population), and we ended up with a very complicated conclusion: 55% of the world's population lives in conditions that are not admissible in terms of Laudato Si'… Now the observatory is ready for a second publication. We're going to compare results from two years ago to now and see how we're doing with Laudato Si' in the world.

I'm interested in the role that the local church has been playing with respect to ecology: Is there a partnership with the government? How involved are the bishops?

Partnership with the government is complicated. At this moment, the relationship is not ideal, to put it in a diplomatic manner. It's a leftist-center government, especially in issues that have to do with family and life, you can say that Catholics and the government are far apart in terms of positions. And unfortunately, that complicates everything.

Even issues that they're on the same page about?

That shouldn't happen, because in environmental issues we believe exactly the same. But trust is not there, and that is what complicates things… Having said that, we can work well with some [government] ministers. But if you want to generalize in terms of church-government relationship, it's cold, to say the least. … The relationship between the president and ministers, and the bishops, is not good at all. Let's just say it's the first time in many, many decades that the church feels it's lost the centrist political position that has always given a lot of respect.

Tell me your reaction to the Amazon synod, both what you thought about it and how you can see it applying regionally to Costa Rica and Central America.

I have to say, I was not very happy that most of the press talked about married men being ordained. That was not the center of the synod, and at the end of the day, too many pages were invested in talking about this. Not that discussing that was a mistake, but giving it so much time was a mistake because it took attention away from the important things. ... I was interviewed a couple times, and every time it was about the topic of [celibacy], and not about the heart of the synod. That's a pity.

In terms of Costa Rica, I'm very happy because we were asked to help in this task that the Latin American bishops were given, to create the observatory for the Amazon region. 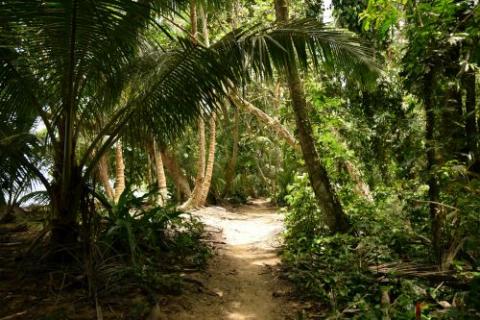 Were students or Catholic Costa Ricans engaged with what was happening at the synod? Were they invested in its outcomes, or did it feel removed?

I noticed that people don't really understand what a synod is. They think it's like a congress and people vote to change church laws, so the important thing is to explain what a synod is, how it works, and why it's organized. Before, we had synods every now and then, but this pope likes these kinds of events, so we need to explain them so people can understand [their] impacts.

Do you see more interest or enthusiasm for the church among the students here now that ecology has been presented as a Catholic priority?

Yes. At the symposium, at least five or six people, as far as I know, said, I'm baptized Catholic and decided not to go back to church. But I had no idea the church was doing this; I'm ready to go back.

The second big issue in terms of pastoral work is this [being] central to ecumenism. It's very easy to work with all the religions and beliefs if you put ecology at the center; we don't have big doctrinal difference with ecology.

I'm curious how Laudato Si', or how your role in this university, has influenced your spirituality or your own perception of Catholicism. Has it evolved the more you've introduced environmentalism to the conversation?

Absolutely. Even for myself, ecology was one of the variables of development along with the economy, politics, or social issues. But I had never thought about that in terms of a deep spiritual concern. Never.

After analyzing Laudato Si', I realized this was something we had to do out of a Christian responsibility. When the pope talks about social sins, that if we don't do anything, that's a sin of omission — that changed my whole view in terms of raising my hand to do this. For us, participating in movement for protecting life and family, we do that all the time. But normally if someone asks us to work together to protect the environment, before we'd say, "Do we have the funds to do that?" Now we don't think about that. We say, "We're going to organize the symposium, the observatory, because it's a moral responsibility and we believe in this." And everybody says yes. Even our professors now are incorporating it in their classes and programs.

Laudato Si' is something that can be addressed at big, highly-funded, historical universities, or in small, not-so-funded Catholic universities. That's a big thing, because nobody can say, "We're a poor university so we can't do anything." Regardless of size, everyone needs to and can work on this. Changing your campus is just a matter of making the right decisions and embracing it together.

[Soli Salgado is a staff writer for Global Sisters Report. Follow her on Twitter: @soli_salgado. Her email address is ssalgado@ncronline.org]

A version of this story appeared in the March 20-April 2, 2020 print issue under the headline: In Costa Rica, university president sees Laudato Si' reenergizing Catholics.