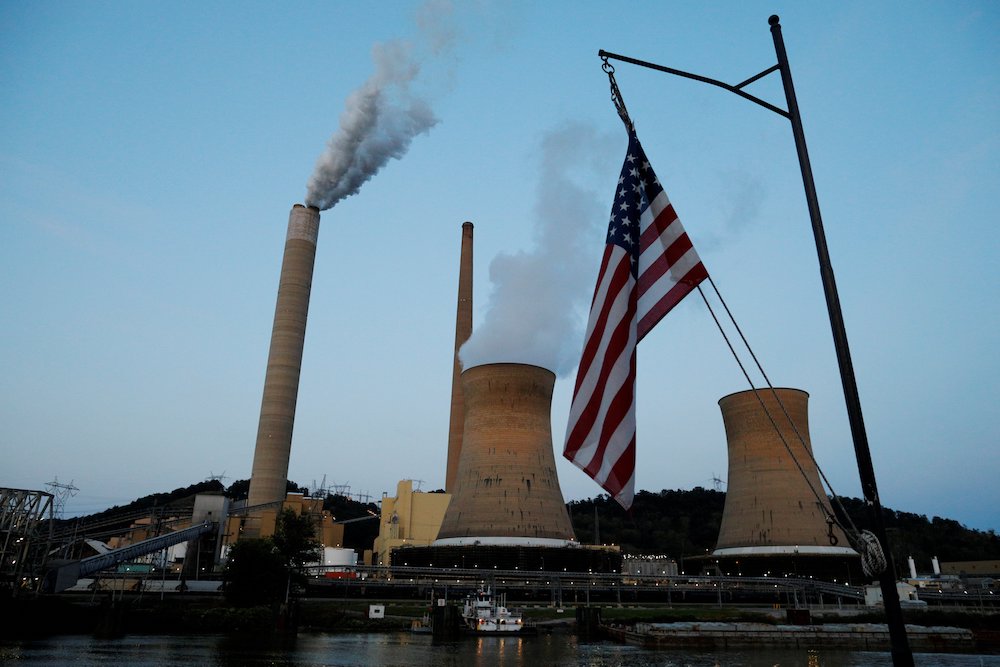 There is some opposition to President Joe Biden's climate proposals even within his own party, mainly from legislators from states that produce fossil fuels. (CNS photo/Brian Snyder, Reuters)

Many climate and environmental activists breathed a sigh of relief when President Joe Biden signed several directives, just hours after taking office, that underscored the renewed U.S. commitment to international climate efforts and signaled a shift from fossil fuels toward renewable sources of energy.

"President Biden's re-entering the Paris Agreement was a first gesture of repentance — to God, to the global community, to the planet," the Rev. Fletcher Harper, executive director of the GreenFaith movement, told me in an email. "But it's only a first step."

As NCR environment correspondent Brian Roewe pointed out the day before the inauguration, Biden's Cabinet is stocked with people who have experience on climate and other environmental issues. That alone raised the optimism of faith-based climate groups.

And several of the president's first official actions targeted climate issues, Roewe reported the morning after the inauguration. Shortly after being sworn in, Biden notified the United Nations that the U.S. is returning to the Paris Agreement on climate change, canceled the controversial Keystone XL pipeline and blocked oil and gas drilling in the Arctic National Wildlife Refuge.

He also ordered a review of more than 100 regulations that former President Donald Trump rolled back, with an eye toward reversing them. If you'd like to keep up with new developments, the Sabin Center for Climate Change Law at Columbia University in New York, which tracked the deregulation, has launched a "re-regulation tracker" to follow the restoration efforts.

But undoing the rollbacks won't be as easy as it sounds — and it will fall short of the action needed now, four years after Trump took office.

"I think there's a temptation to go back to just how we were doing it before," Marilyn Shapley, senior policy and legislative specialist at Catholic Relief Services, told me. "Some people may say, 'Well, if we just get those old executive orders reinstated, or if we just meet the commitments that we already made, that's good enough.' And it's not." 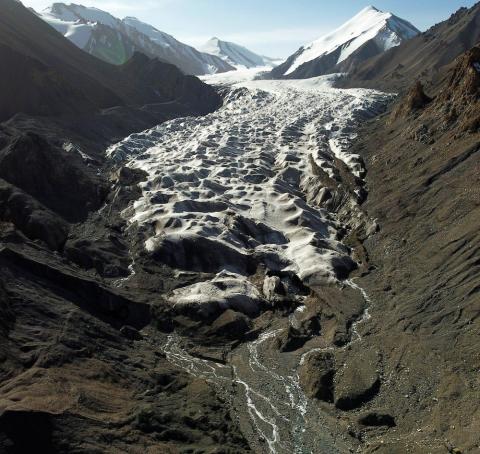 Water flows from a glacier in China. The world will be watching for bipartisan support of U.S. climate commitments, experts say. (CNS photo/Carlos Garcia Rawlins, Reuters)

At the U.S. Environmental Protection Agency, not only were regulations gutted, but the agency suffered losses of personnel and substantial budget cuts that will make rebuilding more difficult, according to The National Law Review. Court cases over some of the regulatory changes will further complicate the task.

The Biden administration has a better chance of getting environmental legislation through Congress now, with Democrats controlling the House of Representatives by a small margin and Vice President Kamala Harris able to cast tie-breaking votes in an evenly split Senate. But some of Biden's climate proposals are unpopular within his own party, particularly with legislators from coal- and oil-producing states.

And while Native American and environmental groups welcomed his executive order canceling the controversial Keystone XL pipeline, labor organizations criticized it, saying it endangered jobs amid an economic crisis.

They include the "deadly sins that always get in the way of progress," he told EarthBeat. "The greed of industries and politicians who benefit from the deadly status quo. The sloth of lawmakers who fail to recognize that this moment requires unparalleled exertion to save the future. The pride of misguided cultural and religious forces who have openly embraced a deformed version of Christianity to support violence towards people and planet alike."

Globally, other countries will be watching to see how strongly the new administration commits to reducing emissions, since a number of nations in December committed to net-zero emissions by 2050. They'll also expect the U.S. to step up with more funding to help low-income countries, which are also among the most vulnerable, adapt to climate change, Shapley said.

Unlike steps that can be taken by executive order, funding decisions are made by Congress and will require bipartisan support.

"Those commitments are not going to be taken as meaningful, especially from the international community, if you don't see congressional support" — and if other countries are not convinced that policies will continue beyond the Biden administration, regardless of which party is in power, she said.

Meanwhile, the coronavirus pandemic — and the economic crisis it has caused — will continue to cast a shadow over climate action, Shapley said. In the U.S. response to COVID-19, "we should not be disentangling those two pieces," she added. "We should be trying to do a green COVID recovery."

For Shapley, the challenges faced by the Biden administration leave plenty of room for faith-based climate advocacy groups to make a difference.

"I think you're increasingly seeing both [political] parties able to recognize climate change exists, but how to address it together continues to be a struggle," Shapley said. "That's where I think people of faith can come in [to] reach across both sides of the aisle and try to help build that common ground to take action."

This week, while doing research for an interview, I heard of ecomusicology for the first time. It's a field that is new to me, combining music, nature and culture in the study of music and sound related to ecology and the natural world. Just the word caught my interest and made me want to learn more.

Is there something about climate, environment and faith that puzzles you or piques your interest? What would you like to know about it? Send us your Burning Question and we'll try to find the answer. And check out our answers to past questions, from "What is ecological sin?" to "How can I go green this Lent?"